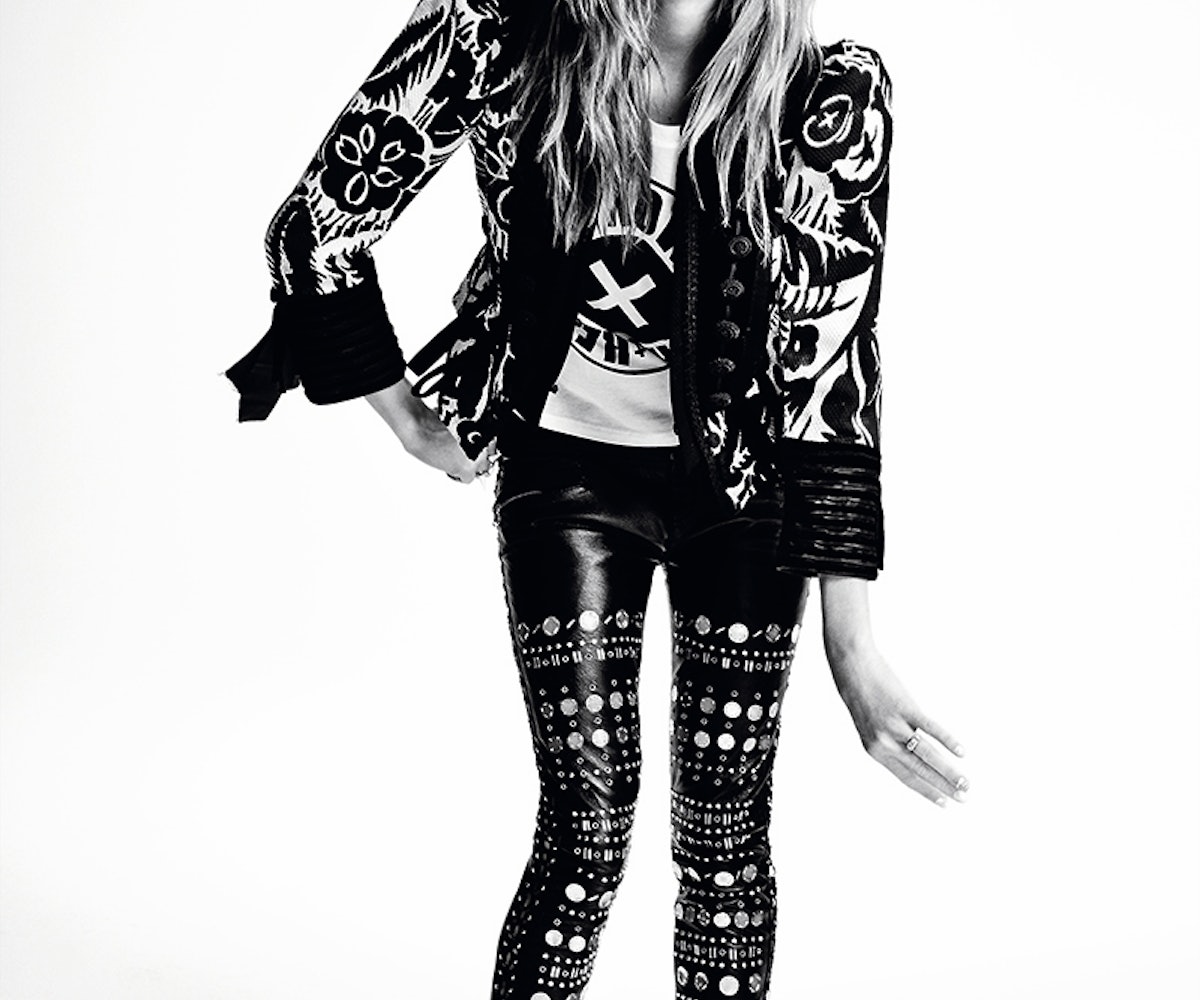 This feature originally ran in the April 2014 issue of NYLON.

“Really wish I had written a speech,” says Sienna Miller, untangling the cord of a microphone. The actress stands against a wall in film composer Hans Zimmer’s cozily appointed recording studio in Santa Monica, where she is hosting a reception for the International Medical Corp, an organization that specializes in first-response support for disaster stricken regions, which Miller has been affiliated with since 2009. “I always think it’s better to talk from the heart,” she continues, “but then the moment comes and it’s terrifying, so please bear with me.” But her audience, crowded around the studio’s kitchen, is, of course, already hers. Miller, in a structured white blouse, slim black pants, and strappy heels, recounts her experience witnessing the violent resuscitation of a woman whose heartbeat flat-lined in front of her children at a makeshift hospital in Haiti. The story draws tears to her eyes, which she shyly wipes away. “Talking about motherhood, it’s awful!” she jokes. “You say a little bit, and you just cry.” Finally, she thanks the group and hands the microphone to another organizer. Miller folds back into the crowd, laughing and chatting warmly, as if among old friends at a birthday party. Seeing the actress in this informal scene has a slightly surreal effect, at first. But after spending the past two days in her midst, I realize the warmth and informality of the scene shouldn’t be surprising. It is, in fact, distinctly Sienna Miller.

Click through the gallery to read the rest of Sienna Miller's cover story.

NEXT UP
Entertainment
Timothée Chalamet Stars In Dark & Dreamy 'Bones And All' Trailer
Beauty
11 New Fall Fragrances To Try (That Aren’t Pumpkin Spice)
Entertainment
On ‘Cool It Down,’ A Spitfire Band Matures
Entertainment
Paul Mescal & Emily Watson On The Quiet Depth Of 'God's Creatures'