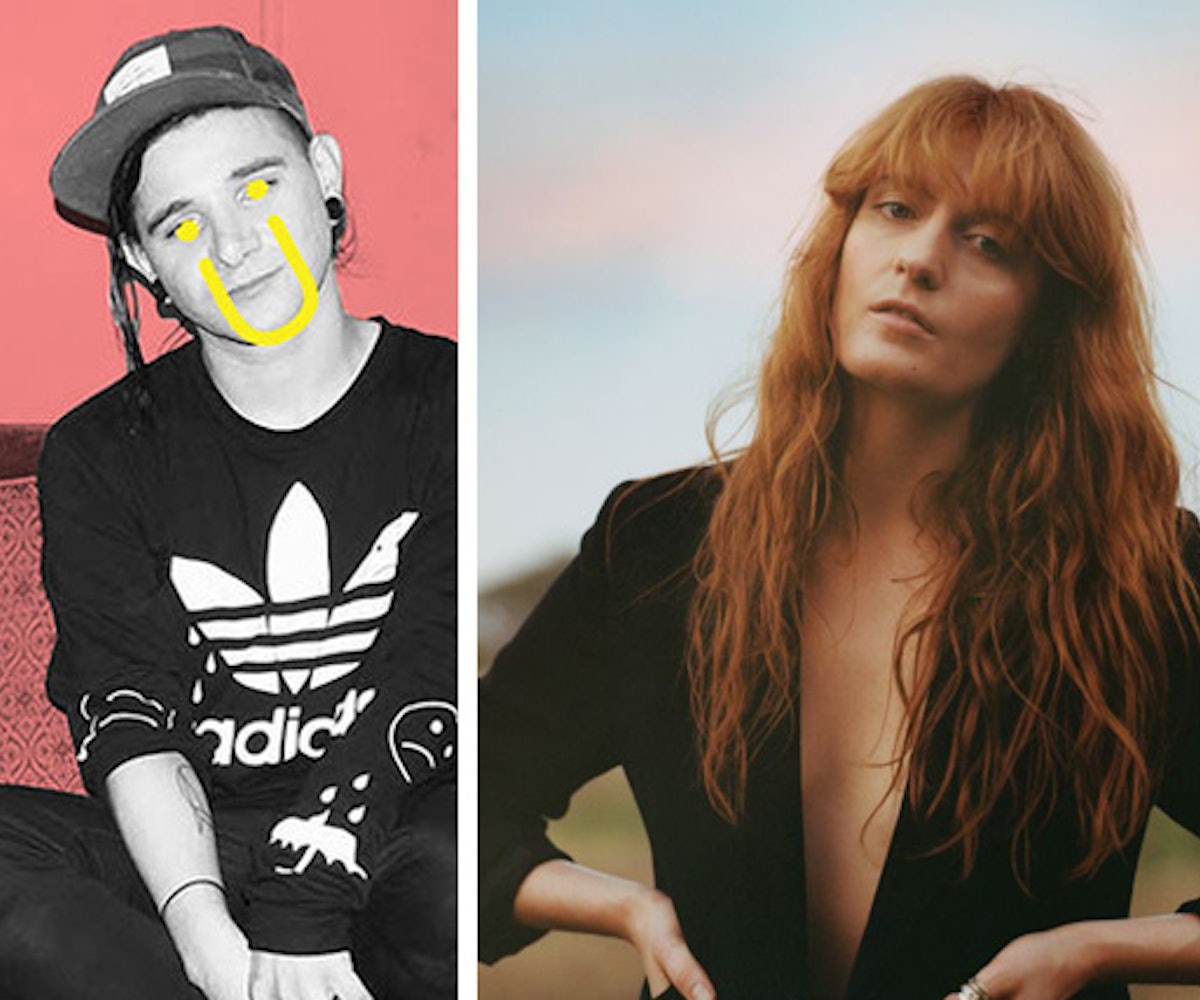 The last time Diplo linked with Florence Welch, it was for a remix of her track with Calvin Harris, called "Sweet Nothing." (How many names can you drop in one sentence?) Now, according to Snapchat, they're back at it again with something original.

A Snapchat from Diplo's account was shared earlier this week, featuring snippets of a Florence Welch-backed track, reportedly called "Constellation." In the short previews, you can hear Welch singing "constellation around your heart." The production behind her is very reminiscent of Diplo and Skrillex's Jack Ü sound. Another Snapchat video teased a little more of the track, but not much; Welch, herself, appears in another. There is also a photo upload showing five notepads, one with the words "constellation around your heart" written on it; the others spelling out "it will be ok." Die Antwoord's Ninja is shown drawing on another pad, but who knows what's going on there?

It's too early to say the song of the summer is here, but there's a very good chance a contender, depending on when this track drops, will be born. Fingers crossed these Snaps weren't just sweet nothings.

Listen to another snippet from Skrillex's snapchat! Of Constellation around your heart ☄ pic.twitter.com/3f1q2VOqdE — Florence Updates (@FATMUpdates) March 19, 2016