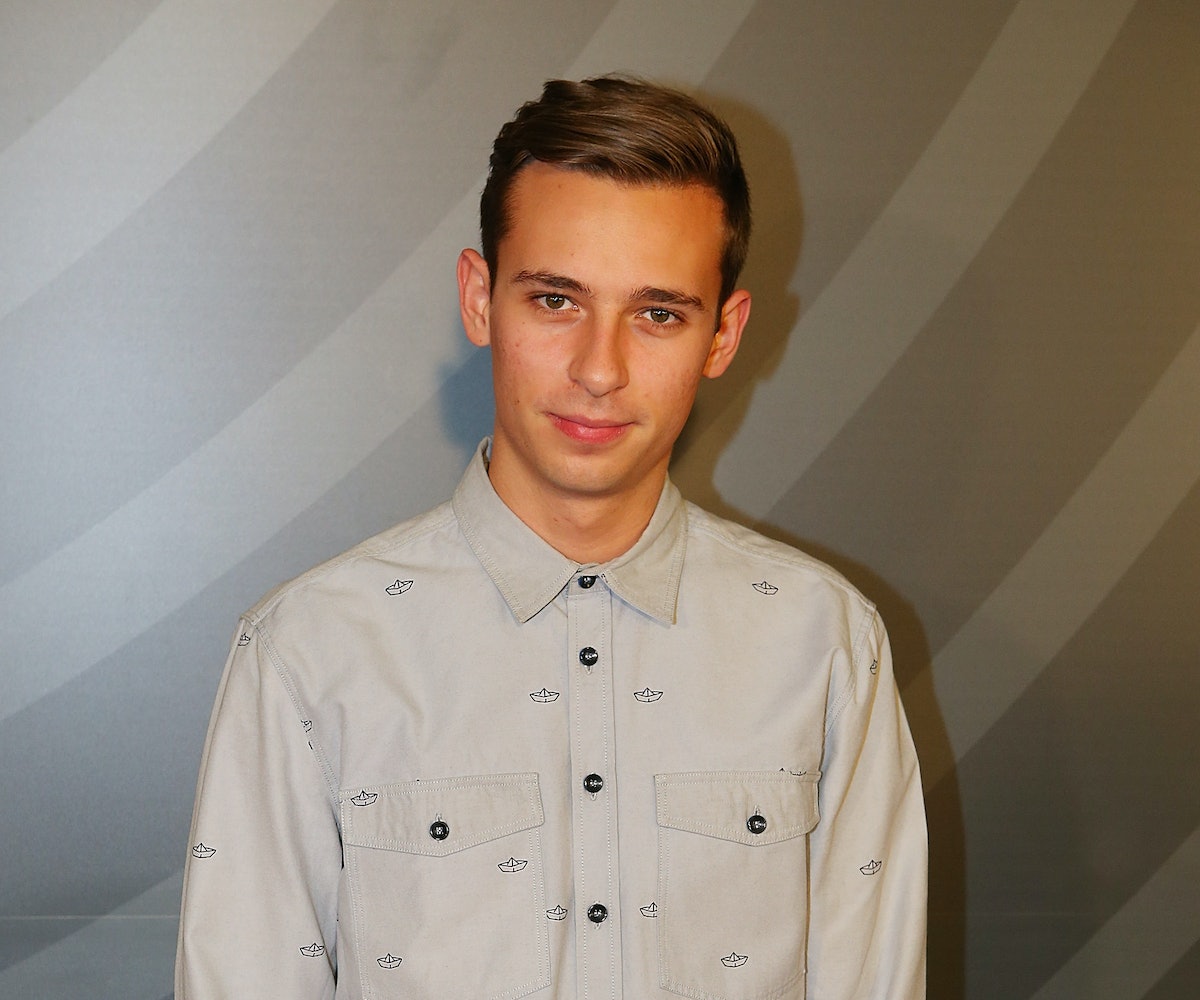 Yesterday morning Flume was a guest on the BBC Radio 1 “Live Lounge” and pulled several tricks out of his pocket. Not only did he flawlessly play his recent single “Never Be Like You” with singer Kai, who was too in the studio, but he also delivered a bevy of other goodies.

Following his single, Flume debuted a new song—so new, in fact, that it’s still untitled. BBC host Annie Mac suggests that if listeners get struck by inspiration, while listening, to go ahead and pop some ideas over to the artist. It’s a buzzy, spaced-out jumble that suddenly dips into sparse, hollow beats, and then into the chorused vocals courtesy of KUČKA. We could give it an obvious title based on the lyrics like “Won’t Be Behind You,” but we almost feel like it would be a disservice to this powerful and utterly unique track, and prefer listener suggestion “Underhand Emotions” ourselves.

Flume then proceeded to unexpectedly drop a cover of Alessia Cara’s “Here” featuring both Kai and KUČKA. He said there was no other reason for this other than all three of them like the song, and really, who needs a reason other than the song is just simply catchy? This version is somehow more dramatic, even though it is quite restrained in many aspects. Raw bass pops in and out, and ebbing pulses of envelope-twisted synths dip around both Kai’s and KUČKA’s voices, making this version a legitimate rival to the original.

Flume’s upcoming Skin LP is one of the more anticipated albums of the year, and we’ve been following every step, with every song he teases (and there have been so many!). Get excited and listen to the interview and all three songs, below.