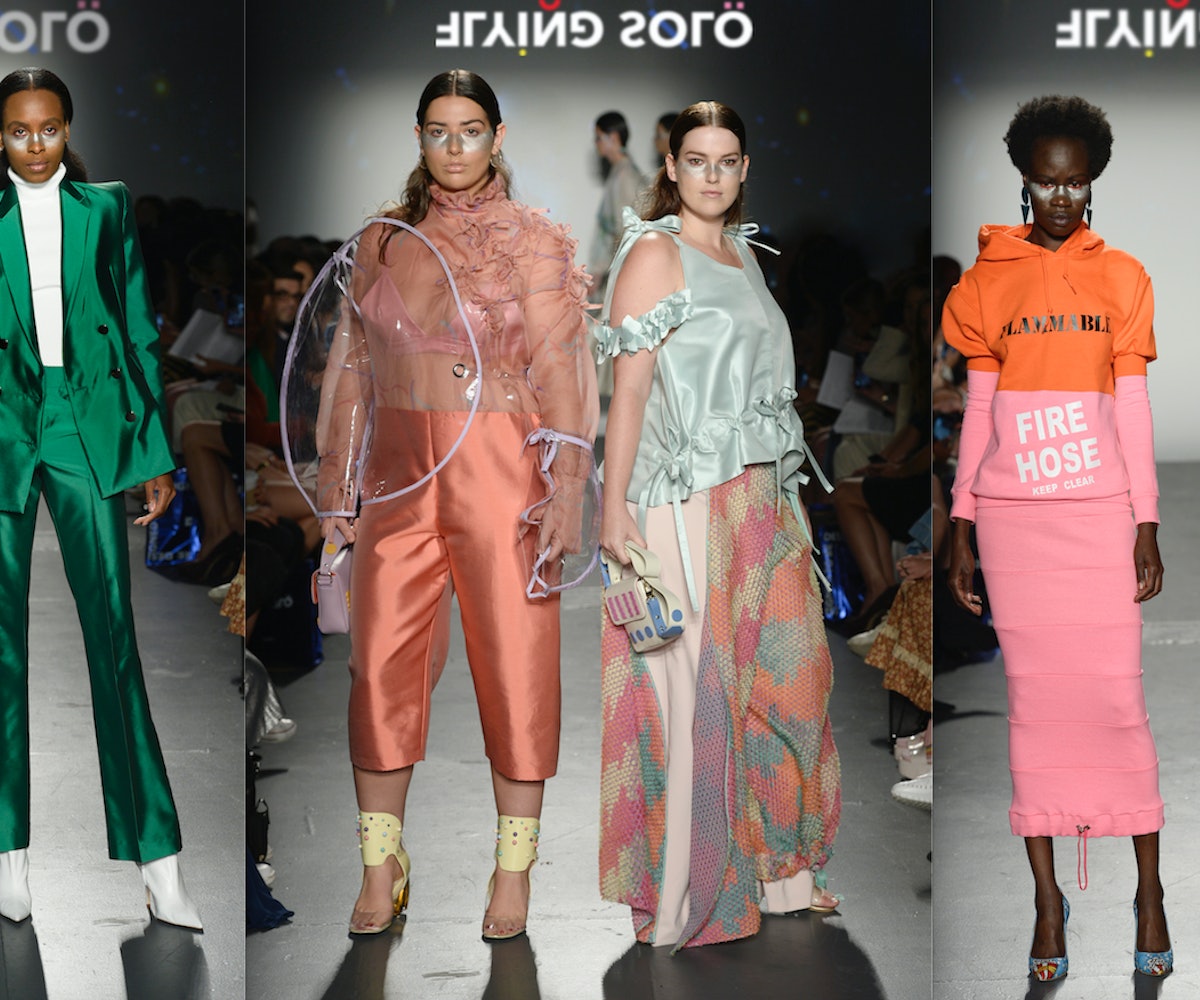 We partnered with Flying Solo for the brand’s fourth-ever runway show, and it was the be all, end all of fashion shows, TBH. Featuring work from dozens of designers, from clothing, accessories, shoes, and swimwear, it was pretty much nonstop fashion envy.

If you haven’t heard, Flying Solo is a fashion community and retail hub featuring work from over 70 designers. Instead of doing it alone in the breakneck world that is the retail industry, these designers have banded together to create a collaborative space where they can work together instead of competing with one another. Designers are given resources, from workspace to stylists to press, buyers, and even a marketing budget, to ensure that their pieces have the opportunity to reach people who will wear and love their work.

The show itself was killer, with a soundtrack from South Sudanese supermodel Mari Malek (aka DJ Stiletto), and the runway at Pier 59 Studios decked out with an interstellar vibe. Styles from the featured designers were sent down the runway two-by-two (think: high fashion Noah’s Ark vibes), with models all wearing the same futuristic, metallic makeup look. Apparel designers paired with jewelry, bag, and shoe designers to showcase their work in tandem, which not only showed how well the looks paired together but also reinforced the collaborative ethos that Flying Solo is known for. Altogether, the show proved how diverse, inclusive, and truly groundbreaking fashion can be if artists work together.

Check out our favorite looks from the show, below.

Clothing by Monosuit, jewelry by Minton.

Clothing by Gavea, jewelry by LC Studios, shoes by Maxine.