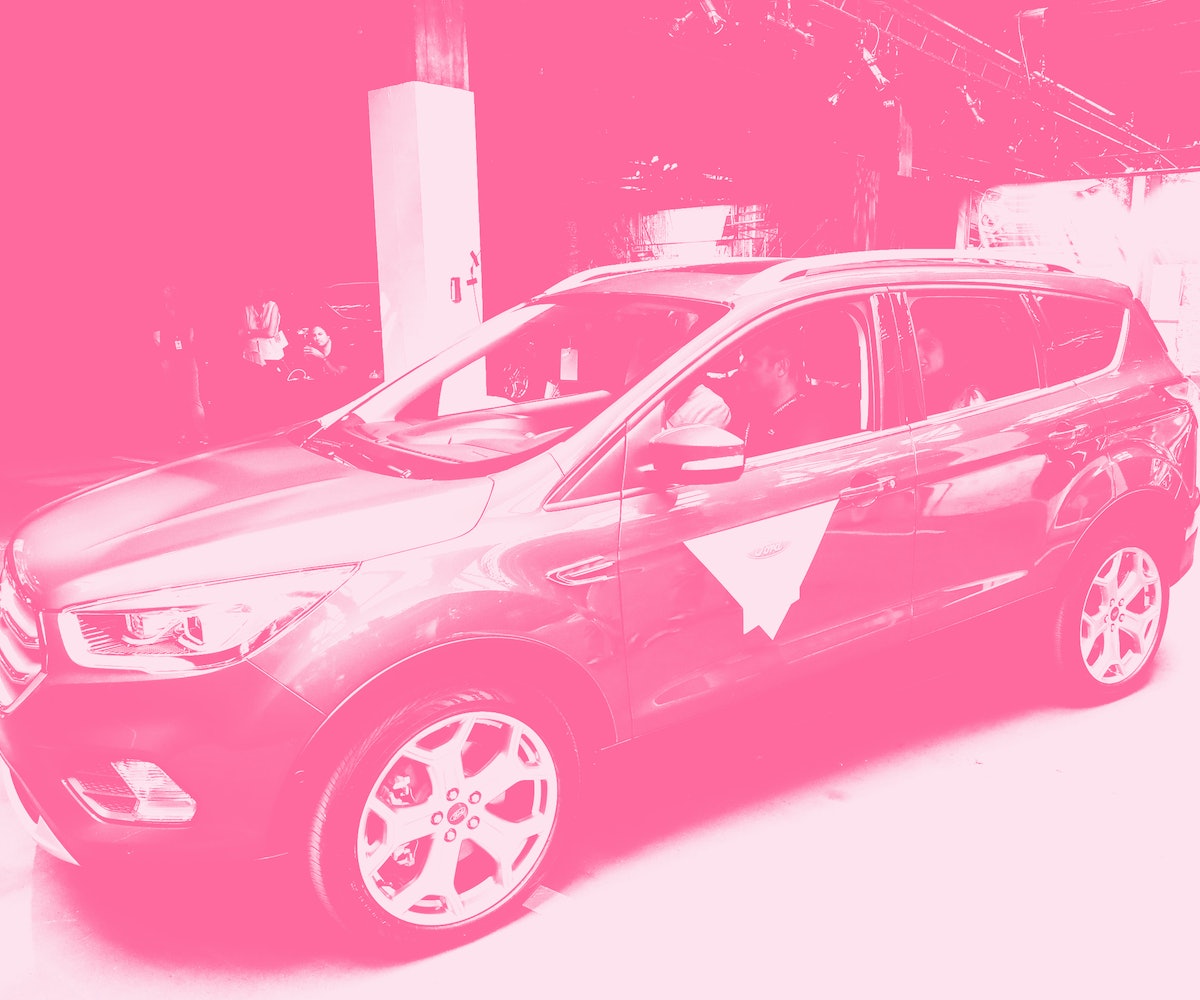 Working in media affords you the privilege of going on some pretty cool adventures. Press trips are fabulous experiences, but sometimes it's the one-off events that resonate the loudest. One of the most memorable was a Converse unveiling that aligned itself with the famed New York City play "Sleep No More." (If you ever want to show off reflective shoes, sending people into dimly lit, maybe haunted, rooms where only the shoes light up is the way to do it.) The other happened last night and, unlike the Converse event, it's still open to the public.

To show off Ford's 2017 Ford Escape model, the motor company partnered with Escape The Room's creator, Victor Blake, to create the largest version of his infamous interactive puzzle. Where Escape The Room NYC typically takes place in one room, Ford Escape's had groups of four escape their way through five rooms that follow a narrative of becoming a big New York movie star. Talk show host Andy Cohen was there and told us it was his first Escape The Room, ever. "It was super cool!" he said. "You have to use your brain, which is something we all need to do occasionally. Plus, I got to drive the car. It was really fun.”

Indeed, the reason we were all there was to experience the 2017 Ford Escape's new features—which, were experienced in full. Think: self-parking features, hands-free lift gates, 360-degree sensors, and SYNC 3: Ford's technology that pairs with Apple, Android Play, CarPlay, and AppLink to bring you your music, iHeartRadio, and more.

I'll admit I was a little apprehensive about the whole Escape The Room thing. My team and I had never done it before and, like Cohen told us, hadn't used our brains to solve puzzles like this in a while. The whole experience, however, went off perfectly. We made it from our "apartment," to the "coffee shop," to "work," and then to a Bushwick art show—all while driving, which is a thing we New Yorkers don't get to do all that often.

It was a fun New York story; one that got me thinking about what New York means. I asked Cohen about what his idea of New York was when he moved here:

My idea of New York was glamorous and energy—that everything was happening here. I still think the same thing. I haven’t slept in 26 years. I didn’t move here to sleep. I moved here because you don’t sleep here. I love that about it. I love that I get off work at midnight, from my show, and I can go do anything I want. I also love that maybe no one will find out if I do whatever I want. There’s an anonymity about the city that I love. Yes, you see the same people on your block. There’s a real dichotomy where there’s a sense of community and totally anonymity.

You got that same feeling inside this pop-up, too. Each room is timed, so energy and alertness are key. A solid team helps, too. (Cohen told us his dream Escape The Room team would be Madonna, Beyoncé, and Britney Spears.) At the end of it all, we escaped our desks for a little bit, got to ride in a car that perpendicular parked itself—the weirdest experience, ever—and made a little movie. Hell, it even got me thinking about living that car owner life.

See our experience in the video below. And if you're in New York City this weekend, stop by Moynihan Station to Escape The Room with Ford, yourself!