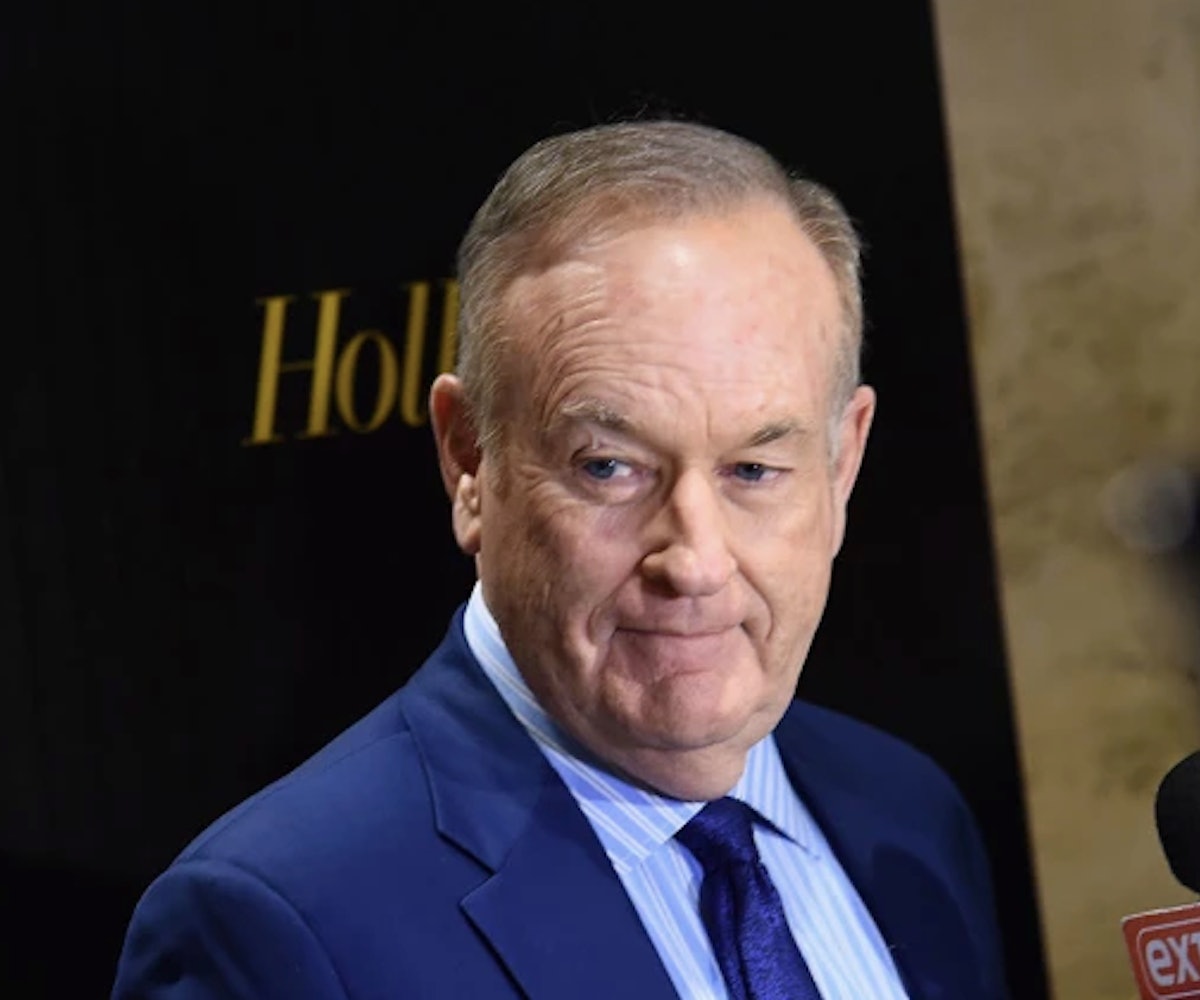 Update 04/19/17: Bill O'Reilly has officially been let go at Fox News. The company said in a statement: “After a thorough and careful review of the allegations, the company and Bill O’Reilly have agreed that Bill O’Reilly will not be returning to the Fox News Channel." Tucker Carlson will take the prime time star's place.

Reports indicate that Bill O’Reilly’s days at Fox News are numbered. In the wake of the damning New York Times report that O’Reilly and Fox News settled five sexual harassment claims to the tune of $13 million, the network’s most popular and some would say controversial star has become increasingly toxic. Now, as more and more advertisers pull out, Fox is officially planning on cutting ties with the host, according to The Wall Street Journal. Just last month, this seemed unthinkable.

As the host of The O’Reilly Factor, Bill O’Reilly was responsible for generating hundreds of millions of dollars in ad revenue for the network. With his confrontational style, he was the face of the top-rated cable news network. But in light of the recent and widespread allegations of a culture of harassment that brought down Fox News chief Roger Ailes, it became increasingly clear that the Murdoch family, who own Fox News, could no longer keep O’Reilly around. The television host has denied all charges, and last week announced that he would be taking a vacation from his show. Meanwhile, as recently as Tuesday, O’Reilly’s lawyer has claimed his client has been “subjected to a brutal campaign of character assassination that is unprecedented in post-McCarthyist America.” O’Reilly’s claim is that the women who’ve accused of deeply inappropriate behavior have done so for financial reasons and to advance their own careers. But where there’s smoke there’s usually fire, and it looks like Fox News has finally decided to put it out for good.