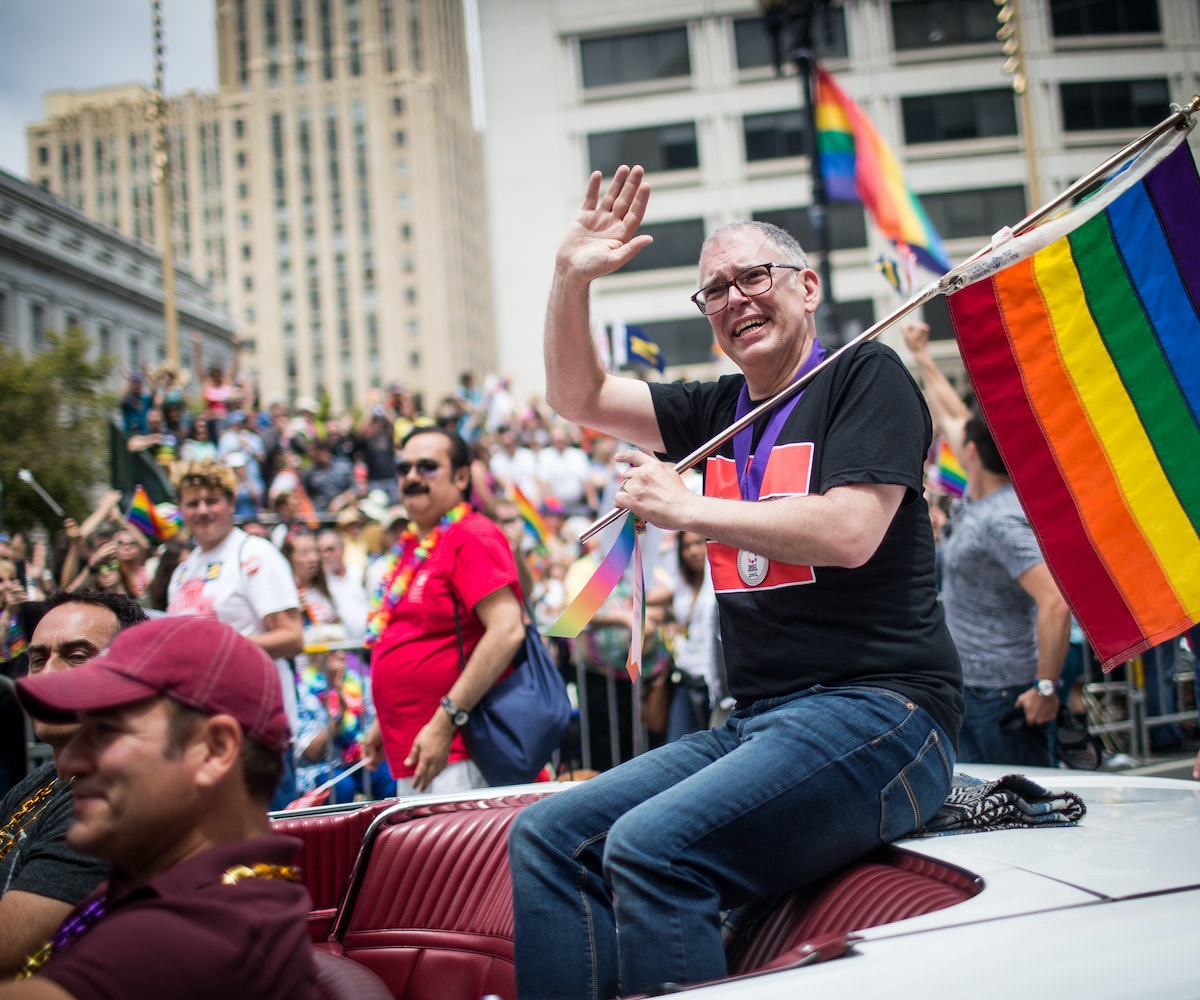 Today in not-surprising news, 20th Century Fox has announced that they'll be turning the Supreme Court's decision in favor of same-sex marriage into a movie, because duh. The New York Times is reporting that the studio has bought the rights to the life story of Jim Obergefell, the lead plaintiff in the case who became the face of the entire movement. Here he is receiving a call from President Obama live on CNN after the decision was announced.

Obergefell, an Ohio real estate agent who lost his husband and sued the state after they wouldn't list him a spouse on the death certificate, is set to write a book with journalist Debbie Cenziper that will serve as the basis of the screenplay. The book will be called 21 Years to Midnight and a deal for it is expected very soon. “It’s a transcendent love story about someone who goes to such a length for love that he ends up changing the world,” the movie's producer, Wyck Godfrey, told the Times.

If we were Fox, we'd be on the phone with Tom Hanks' agent immediately, the only roadblock being the obvious comparison to Philadelphia, the hit 1993 movie that saw Hanks and Denzel Washington battling discrimination against homosexuals in court.

According to Fox, the movie is about two years away, but it should be worth the wait.