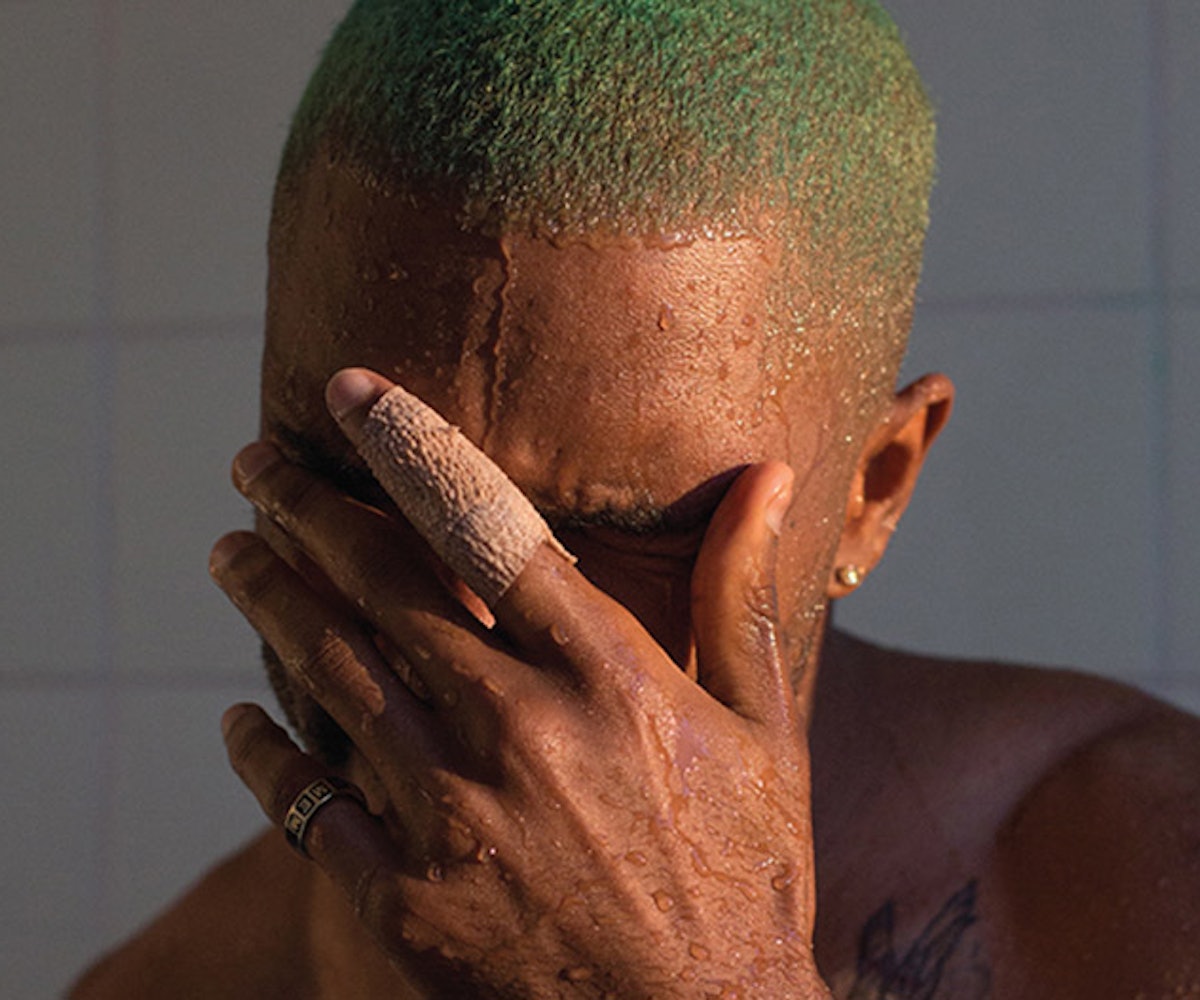 Frank Ocean's long-awaited album Blonde is definitely going to end up on many critics' year-end best-of lists this December. It will not, however, be among the Grammy nominations announced on December 8.

A rep for the awards ceremony confirmed to Billboard that Ocean's album, Blonde, and "visual album," Endless, were not submitted for Grammy consideration. They were, however, released before the September 30 cutoff for submissions. Both albums marked Ocean's first proper release in four years. Channel Orange was nominated for five Grammys in 2013, taking home one for Best Urban Contemporary Album. Ocean also took home a Grammy for his work on Kanye West and Jay Z's track, "No Church In The Wild."

Endless and Blonde were released on two separate labels: Endless was done to fulfill Ocean's contract with Def Jam, and Blonde was released independently. Billboard reports that none of Ocean's "labels, management, or other reps" submitted his work for consideration. It is known that Ocean's relationship with Def Jam was a rocky one. Whether the lack of Grammy submissions was intentional or a mere oversight is not yet known.

The Grammys will take place on February 12 on CBS.

NEXT UP
Entertainment
Beyoncé Is Now The Most Awarded Artist In Grammy History
Entertainment
Meet Amy Allen, The Grammy-Nominated Songwriter Behind Pop's Most Honest Hits
Fashion
Olivia Rodrigo Wore a Sheer Slip Dress To The 2023 Grammys
Culture
Who Won At The 2023 Grammys
Style + Culture, delivered straight to your inbox.