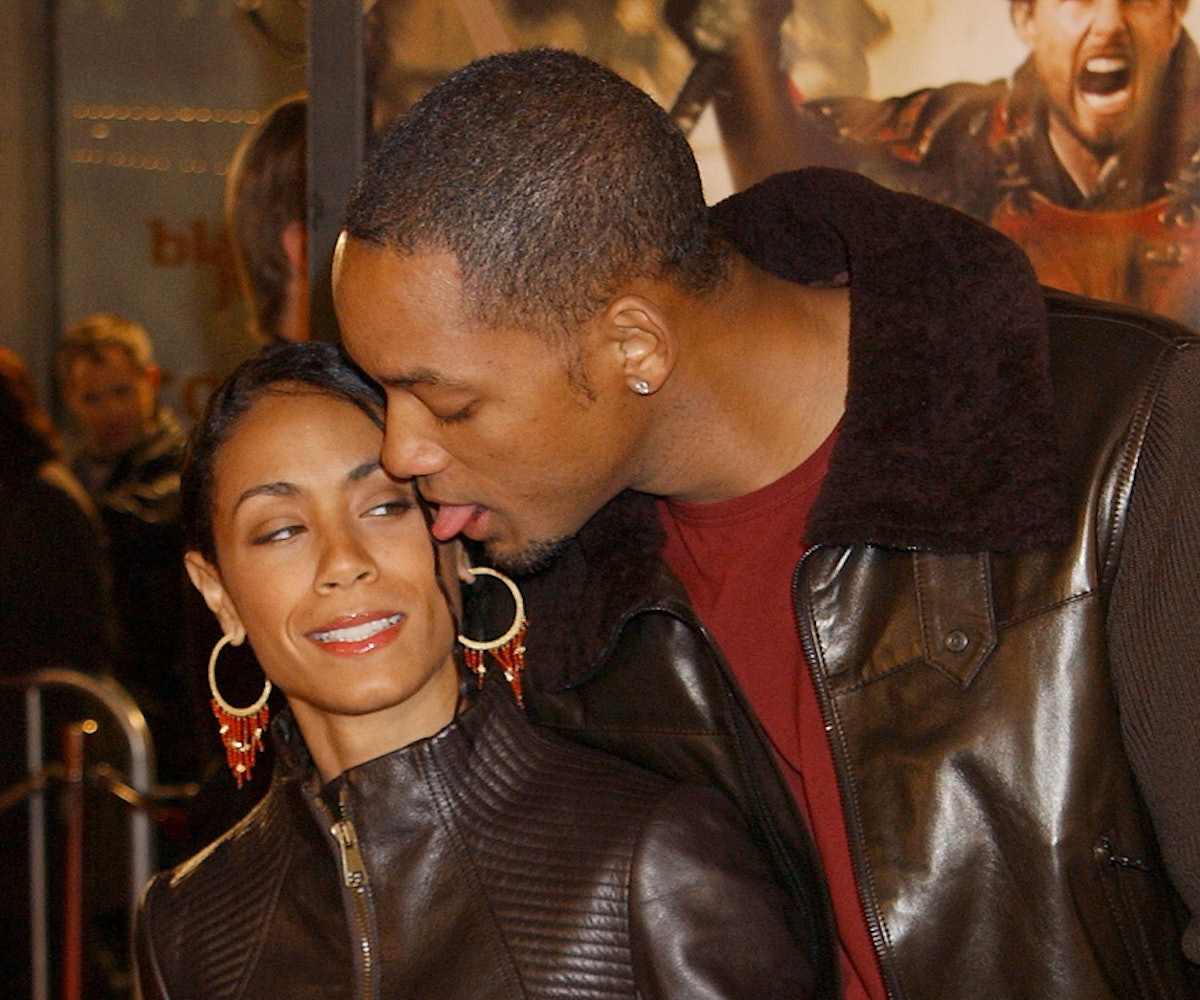 All the step-and-repeating a celebrity has to do at red-carpet events can get, well, boring. There are only so many variations of the arm-on-hip pose one can do before their appendage gets tired and falls off. (If you’ve ever posed for prom photos, you know this kind of pain.) So, some make like the Spice Girls and spice up their red-carpet life with giggles, pranks, kicks, and twirls. It’s all in the name of good fun meant to be had by all. See for yourself, ahead.

"C'mere, baby!" Dax Shepard softly coos to Kristen Bell before surprising her with the sloppiest of Hollywood kisses.

"He's right behind me, isn't he?" Felicity Huffman flippantly thinks to herself as William H. Macy does the creep. (Yeaah...)

Neil Patrick Harris approves of husband David Burtka's skillful dexterity when it comes to tying a bowtie. "I found a winner," he thinks to himself.

"How's my Blue Steel, Anna?" Chris Pratt says with his eyes. Farris does not respond; instead, she laughs nervously.

Twirling in rubberized silk never looked as Maleficent—erm, as magnificent as it does on Angelina Jolie and Brad Pitt.

"Barack, do you even care you're stepping on my gown?" Michelle Obama whispers as she makes her way to meet the UK Prime Minister. "Yes, Michelle. Obama care," he says.

Either Jack Black's nailing a kick he's practiced a million times before with Tanya Haden, or she's nervous he's going to rip his pantalones. Or both!

All Robert Downey Jr. needs is a rose between his teeth, and he and Susan could be in the running for the next bigTango movie.

Jada Pinkett Smith's smile says "cute," but that side-eye to Will screams "no."

NEXT UP
Entertainment
All The Celebrity Cameos You Forgot On 'Gossip Girl'
Beauty
Lil Nas X’s Beauty Evolution, From TikTok Star to Red Carpet Icon
Entertainment
The Meaning Behind Paramore's Disillusioned Anthem, "This Is Why"
Entertainment
Paramore Announces Album 'This Is Why' For February 2023