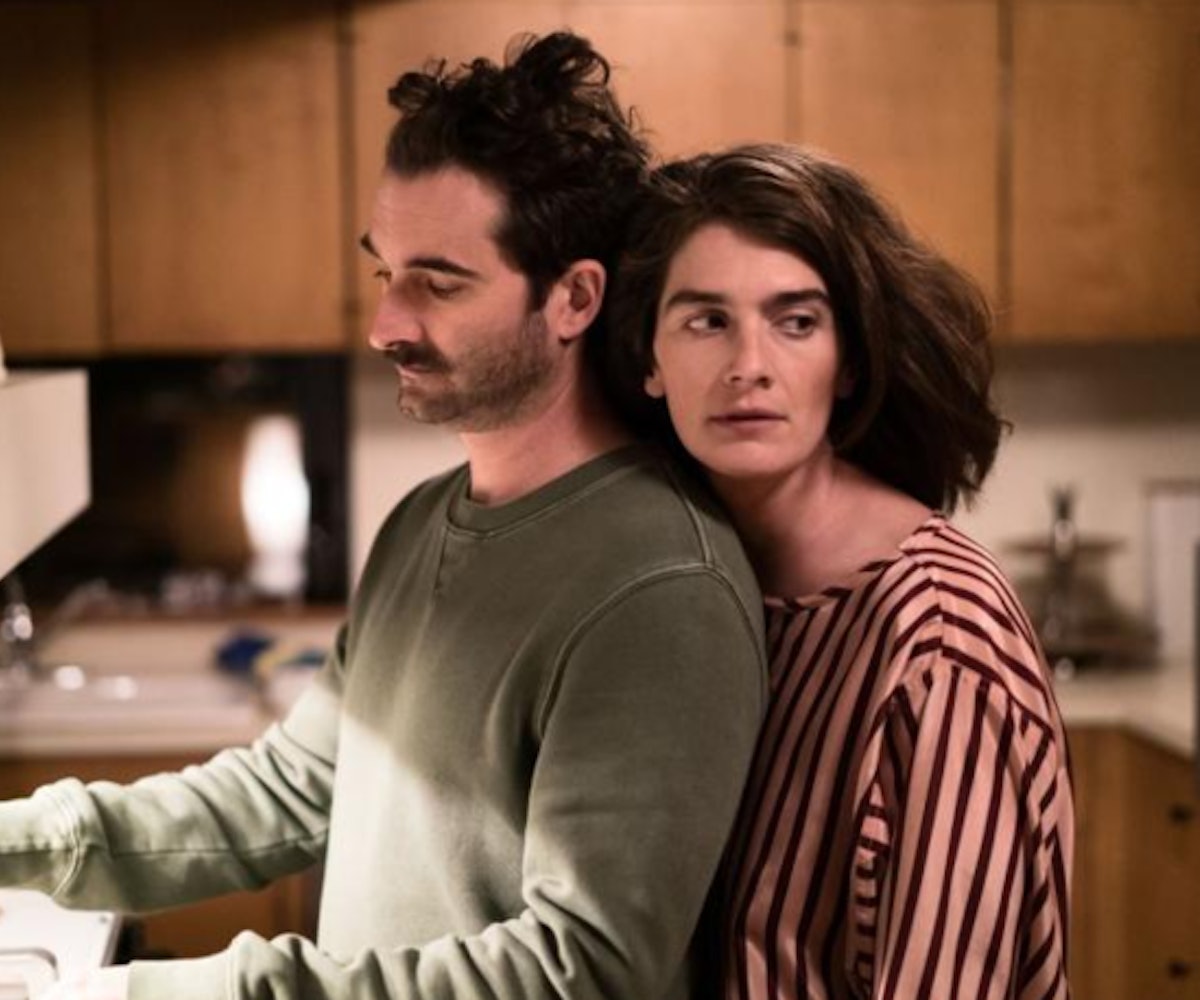 Photo by Merie Wallace for Amazon
by Kristin Iversen
Sep. 22, 2017

In its fourth season, Amazon series Transparent continues to push (well, and blur, and even destroy) boundaries, as it tells the story of the complicated and at times chaotic Pfefferman clan. This go-round, Maura Pfefferman has been invited to speak at a conference in Israel, and soon enough, the entire tribe winds up making their own Holy Land pilgrimage. A trip to Israel seems like it was preordained for this series; not only has the family's Judaism and spirituality played an increasingly significant role in their lives but, also, Israel itself is a land of massive contradictions, a place with inherited trauma reminiscent of that of the Pfefferman family.

Recently, I sat down with Gaby Hoffmann and Jay Duplass, who play Ali and Josh Pfefferman, and spoke with them about this season, what it was like to film in Trump's America, and what it means to be "Jew-ish."

Season 3 was released a year ago, in a very different political climate. When did you start filming Season 4?

Jay Duplass: I think on February 1, something like that, so right after inauguration.

How did that affect how you approached your characters in the show?

JD: Probably not so intellectually, but emotionally and spiritually 100 percent.

Gaby Hoffmann: It was a hard season for us, production-wise. I mean, it's always wonderful and rich and complex, but this was emotionally and spiritually the hardest. And, I think, it largely had to do with what we were all experiencing in the external world, which we were channeling and bringing into the season and the work in an emotional, storytelling way, rather than directly.

In Transparent, so much of the throughline is how the characters process their past, trying to make it possible to live a better present and future. This also feels like what we're doing in this country right now, figuring out the stuff that we never took care of in the past, and thought we could just ignore.

GH: And the way we deal with it is sometimes violent emotionally for us, and that manifests in physical ways out in the world.

JD: We're reckoning with the inherited trauma that's been inflicted upon us, and that we've inflicted, as well.

GH: Which this country sort of refuses to do.

In this season you go to Israel, which is another country that has a lot of historical reckoning to do. How was that experience?

JD: We went there, alright. But we didn't physically go to Israel. Jill and the writers went and had their own experiences, but for a million reasons that are too boring to talk about, we just didn't. It made sense to shoot it in Los Angeles, and they shot the exteriors [in Israel].

GH: But we went there in every other way, other than physically, that we could. Part of the process, of the decision-making of not to go there was, like, going there. I mean, it was just trying to hold every truth and possible perception of reality at once, and navigate through it in an honest way, which is a tall order—an impossible one. It felt like a crucible.

One of the defining characteristics of your characters is that they're Jewish. Neither of you is Jewish, and while, obviously, with acting, you don't need to be exactly what your character is, is that something that you think about while portraying the Pfeffermans, who all go on their own spiritual journeys?

GH: I think we each have a pretty—I was going to say well-developed, but that's actually not true for me—real relationship to our own idea of what it means to be "seeking," in a spiritual sense. For me, that's enough. I don't need it to be Jewish, spiritually. I think that between Jill [Soloway] and Jeffrey [Tambor] and Judith [Light] and Faith [Soloway] and many other people around, there's a lot of people who know what that means in a more intimate way that we can use and play off of. And I think we each have our own way in that's personal and real for us, that serves us.

JD: I think Jill picked us because of how we go about life, and we're both "seekers" in that way. I think like Gaby said, you just show up at the Seder scene and maybe you don't know one thing, and you ask a question, but it's weirdly fluid because Jill has built the world so well. But I also did come up extremely Catholic in a cultural way, and religious too. My roommate in college was Jewish, and we were like, "It's all the same shit."

GH: I was raised by a lapsed Catholic, and I was raised in New York City, where my godparents and neighbors were Jewish, and I celebrated Yom Kippur and went to temple with them. If you grow up in New York, you know that old joke? You're "Jew-ish." So I think there's a continuum and a fluidity that we all feel really comfortable with as being sufficient.

How did it feel this season with your characters' arcs?

JD: I love Judith and, you know, we have a special connection. Just living with her, writing that relationship out, sort of exploring Josh's future potential through his own mother, is really interesting to me. The idea that a lot of sons marry their mothers subconsciously, which I have done in my own life, was interesting to explore. The process of shooting the show feels like being born—there's a lot of pain and anxiety around it, we have such high hopes for the impact that we can make and what we want to share, and we do go through a lot, personally, in order to sort of birth this show. So it's, like, the most wonderful thing in the world and the most terrifying, all at the same time.

GH: I got to spend the first half of this season's production with Jeffrey, primarily. Similarly to Josh and Shelly, Ali and Maura have a specific and unique bond. We see in this season that the nature of that bond, some of it maybe was determined in utero, and in the moments after Ali was born. There's a scene between young Mort and baby Ali, which we learn later on is a pivotal moment in Mort's, and then Maura's, life. There's always been this idea that Ali is the most like Maura of all of the kids, that they share the depressive gene, and maybe they share some other kinds of genes that the other siblings don't have.

So, I spent the first half of the season with Maura, and then go off on this journey of self-discovery that I feel like is, of course, completely inspired by Maura and her transition and transformation. And I was thinking about this last night, that Maura is the most evolved of all the Pfeffermans by far, even though sometimes Jeffrey likes to talk about Maura as, like, a teenager because she's a girl. But spiritually, and at the deepest levels beyond gender and all that, they are the person in the family who has gone the farthest with approaching the truth. I feel like Ali is figuratively, metaphorically, physically, and literally following in their footsteps, and this trip to Israel is that. It's going to allow Ali to maybe become the second person in the family who is closest to that point of real authenticity. Maybe. Probably not. She'll probably have a real regressive season next.

How has working on this show impacted your lives outside of it and your relationships with each other, but also with your own families and chosen families?

GH: It's all so blurred and mashed, and we've each experienced such huge, massive shifts in our lives since the show started. Like: I had a child, and Jay became an actor, and Amy fell madly in love. Our lives are changing so dramatically in ways that seem distinctly different or outside of the show, except in Jay's case, but each thing is because of the other thing, and it's hard to know where one thing stops and the other thing starts.

JD: We have this whole parallel thing that's happening along with the Pfeffermans.

GH: For me, it's the greatest gift of the show.

I think it translates so clearly onscreen too. There's an intimacy that vibrates when you're watching, and it’s really special.

GH: It's kind of beyond acting.

Season four of Transparent is available on now Amazon Prime.