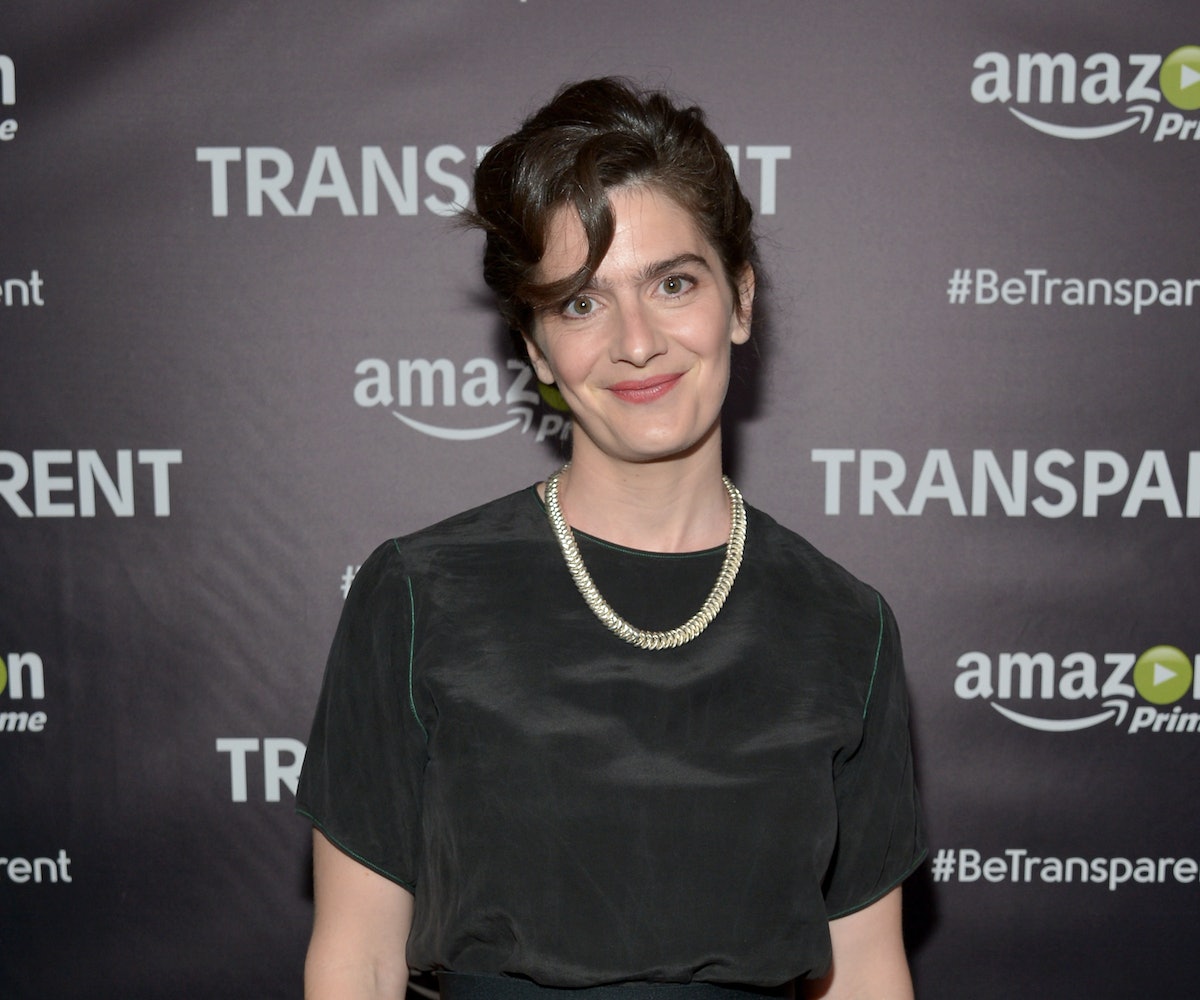 While Gaby Hoffmann's characters often appear manic and unpredicable (see: Crystal Fairy & the Magical Cactus, Girls), the actress herself is one of the most thoughtful performers in the industry. It's a quality that makes her incredibly well-suited for a show as introspective and humanist as Amazon's award-winning Transparent, which just premiered its second season last Friday.

As Ali, the youngest child of the Pfefferman clan, Hoffmann has demonstrated such a wide spectrum of emotional and physical reactions to her father's transition into a woman, that she earned an Emmy nomination for her work on the show's acclaimed first season. In season two, however, Ali is treading different waters, as she arrives at new revelations about herself and her family. We spoke to the New York-based Hoffmann about her character's new arc, the sheer joy of working on Transparent, and what she hopes the show can provide for its audience.

In the first season of Transparent, we see Ali going through a lot of self-exploration. What can we expect in season two?

The way I think about Ali is that when we first meet her, she’s coming out of a long period of time when she’s sort of paralyzed. She’s shut down, and Maura’s coming out jostled her. It seems if one person in the group or in a relationship changes, then everybody reacts to that. It’s a wake-up call, and at first it feels a little bit thoughtless and messy, and she acts out in all these disruptive ways, but at the end of the season I think she’s settling more into her actual emotional experience.

When we meet her in season two, she is awoken. She is looking around and she is wondering who she is—that investigation into herself is that that is both intellectual and also emotional, and psychological, but also psycho-analytical. She’s considering who she is in this moment, and what her sexual or gender identity is, but also who she is in relation to her family and her parents. It’s a multi-layered investigation into herself that extends far beyond herself. It is much more thoughtful and not as distant as last season. She still makes missteps and there are plenty of mishaps, and she doesn’t quite have a grip on her behavior or its consequences. She has a hell of a lot more so in season two.

She’s a really unique character, considering how she reacts to Maura’s coming out, compared to Sarah and Josh. What’s your favorite part about playing her?

The unpredictability. I have no idea what she’s going to do next, so playing Ali, I’m called upon to work my muscles in so many different ways. I get to cover a lot of ground.

Do you have a favorite episode or scene that you filmed in the first episode?

My favorite episode in the first season is actually one that I’m not in. It’s the "Camp Chameleon" episode. I love them all, but that one stands out.

Ali’s a very introspective person and is exploring a lot of different aspects about herself. Did you learn anything about yourself while playing her?

When I have the privilege of acting in something that’s so well-written and working with incredibly talented and wonderful people, I’m always discovering things about myself. That’s one of the reasons I so enjoy what I do. If you’re doing it well or right or the only way I know how to do it—which is certainly not the only way, but the only way I know—it's certainly intuitive and just relying on an ability to be very present. Then I’m always making discoveries about myself, so it’s quite exciting. This group of people specifically are so full of love and they’re so curious and interested and devoted and committed to what we’re doing, and we’ve all developed such an incredibly tight bond and relationship. I cannot express to you the privilege of going to work and being surrounded by these people. And I’m not just talking about the cast—the crew, too. Everyone is so alive and present and supportive and just smart and funny and full of love and heart. Every second of every day, I’m discovering something about myself because I’m being invited to do so by everyone around me. It’s unspeakably great.

Transparent is a comedy, but it’s also very dramatic and explores huge themes like sexuality, gender, and religion. What do you hope viewers will get out of the second season?

It’s what I hope all works of art can provide for people, which is a further development of their sense of passion and love and understanding. I think that is the great job of everybody in the world—and artists, hold the mantel—to foster compassion and love and open-heartedness and open-mindedness, to move people. Whether they know it or not, it makes a connectedness to other human beings. That’s all we need more of right now—the reminder that we are all one and we are all in need of compassion and empathy and love. That doesn’t mean it can’t be done with hilarity, but that’s what the world is in need of.