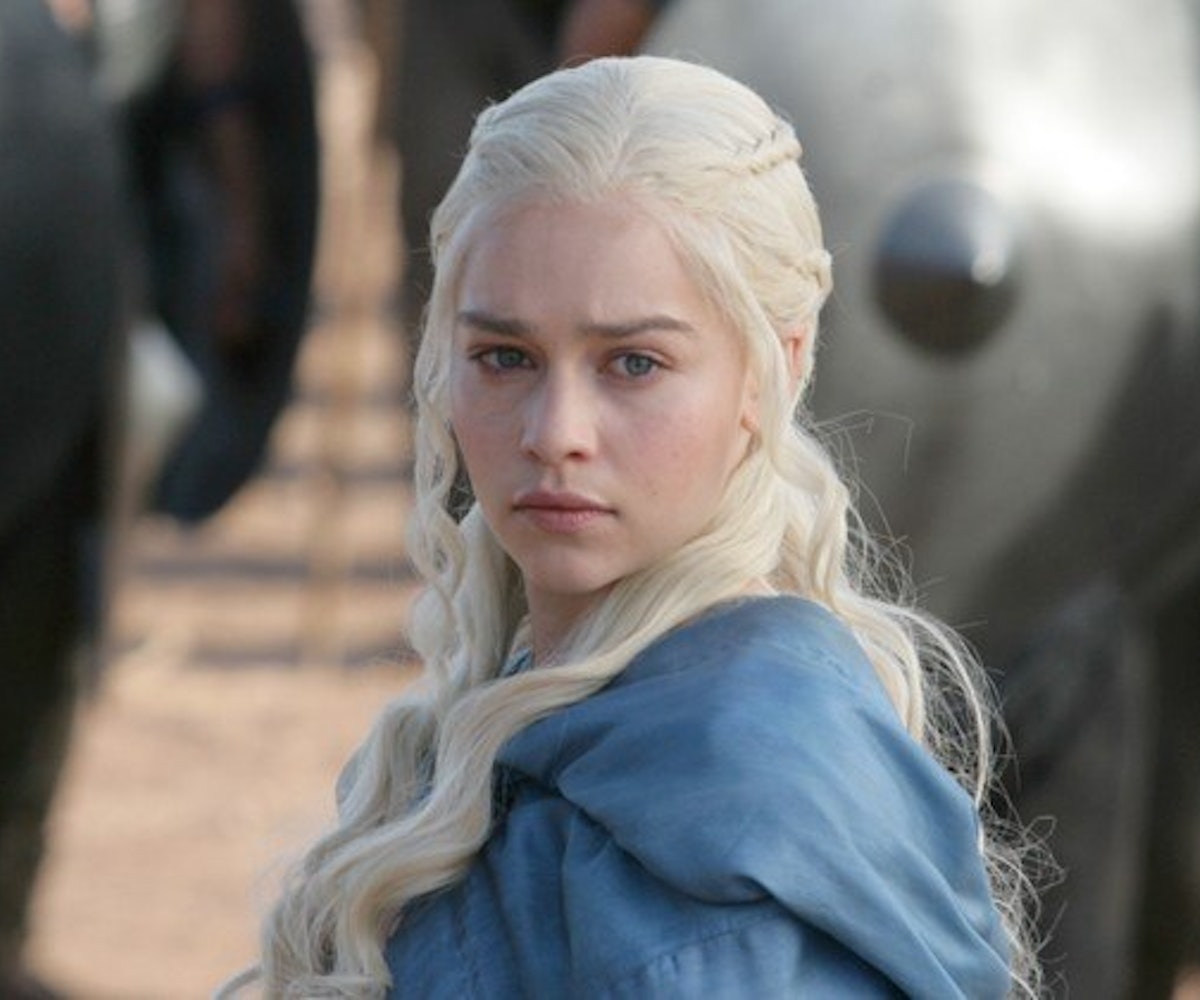 Take one look at the above photo and it becomes quite evident: Khaleesi. Is. Pissed.

On the eve of Game of Thrones' hugely anticipated season five premiere, four of the upcoming ten episodes have leaked online. The timing is particularly painful for HBO, who just rolled out their brand new streaming service and used the show's return as the key selling point.

Suddenly the Internet has become a minefield loaded with potential GoT spoilers lurking around every corner — especially after it was revealed that season five will stray from the books more than any season before it. The one thing HBO has working for it: More than any other show, Game of Thrones has become appointment television. It has the air of a weekly event that begs to be experienced not in one dizzying chunk, but slowly, drawn out, and with the rest of your Twitter feed.

After all, this isn't Bloodline. Game of Thrones season 5 premieres tonight on HBO.