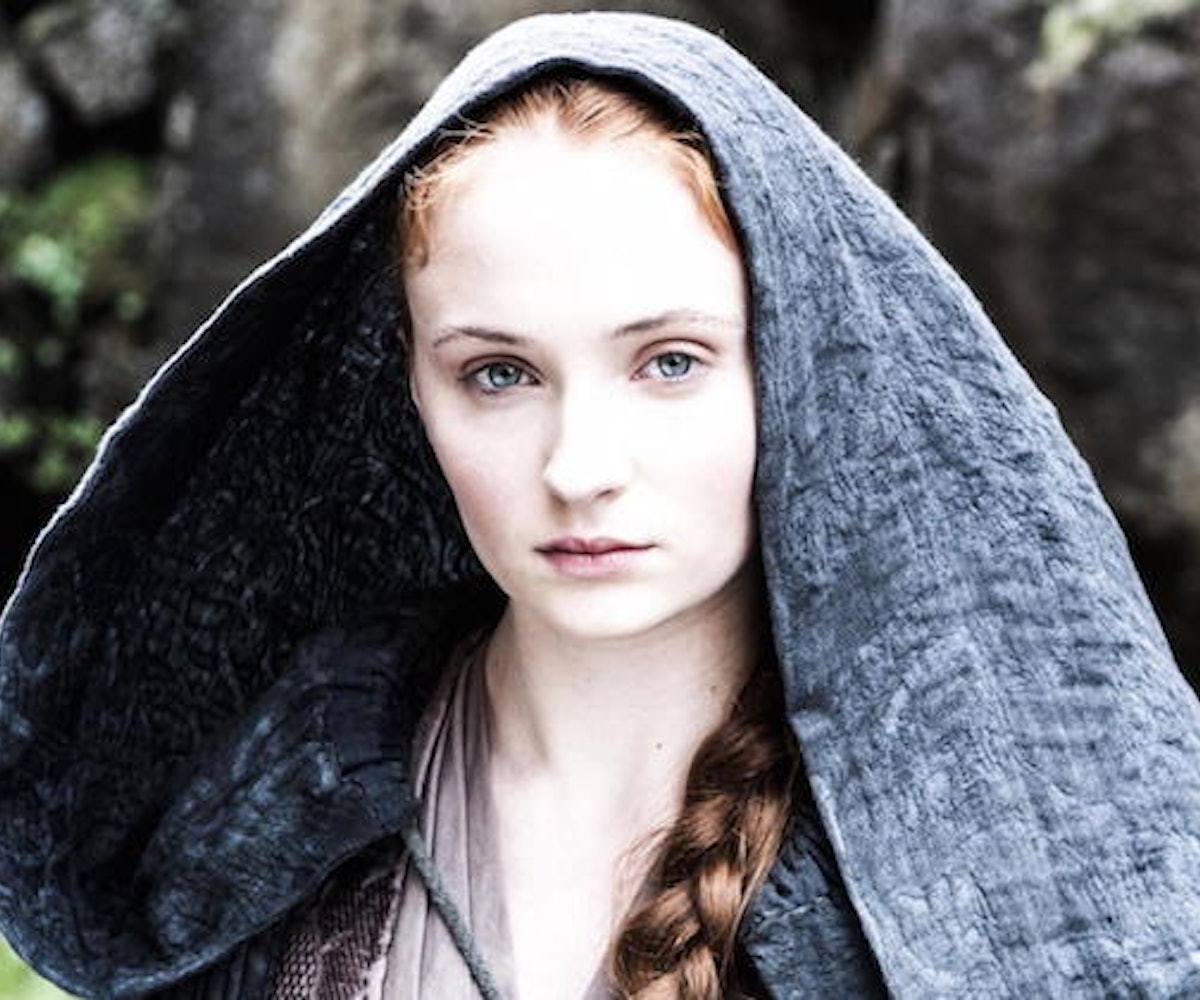 So, last we saw young Sansa Stark (Sophie Turner) in HBO’s bloody tent-pole series, Game of Thrones, she was leaping off the battlements of Winterfell with Reek/Theon Greyjoy (Alfie Allen) to escape the near-unendurable psychological tortures and physical violations laid on her by the Bolton clan. Really, in a show that’s all about abuse and manipulation, there are few characters who’ve been so abused and manipulated as the eldest Stark daughter.

Well, we may be heading toward some sort of reprieve or even well-deserved vengeance for Sansa in the upcoming sixth season, if reports coming out of Watchers On The Wall and analysis from Vanity Fair hold up. See, Turner has been spotted in costume on the Game of Thrones set in Northern Ireland. More specifically, Watchers On The Wall—the best go-to source for GoT intel—shared a sighting of her “alongside” what looks to be season six’s epic battle.

To unpack that, this is the very same epic battle where the world first saw the semi-dead Jon Snow (Kit Harrington) back in action in Stark armor. It is also reputedly the final clash between House Bolton—Sansa’s former captors—and Snow’s rebuilt, retooled Army of the North. “The battle will have real casualties and we’ll be saying goodbye to some characters,” reports Watchers On The Wall.

But there’s more: Vanity Fair adds that, “there’s been some rumors that Sansa will ride at the front of the charge alongside Jon,” though even they concede, “there’s no actual confirmation that her role will be quite that active.” Still, don’t you want to believe that?

Troublingly, there’s also reports that two major characters will be flayed alive by the Boltons (flaying is sort of a family tradition for them). If those characters turn out to be Theon and Sansa, one can only guess at the kind of angry fan reaction that would come next.

Whatever—given that season six is uncharted territory that goes beyond what’s available in George R.R. Martin’s books, pretty much anything could happen. What we know is that Sansa will be at the battle that gives the Starks their last, best hope for revenge against the Boltons (who are also responsible in part for the Red Wedding). What we hope is that Sansa will get to see it. The woman deserves a break.