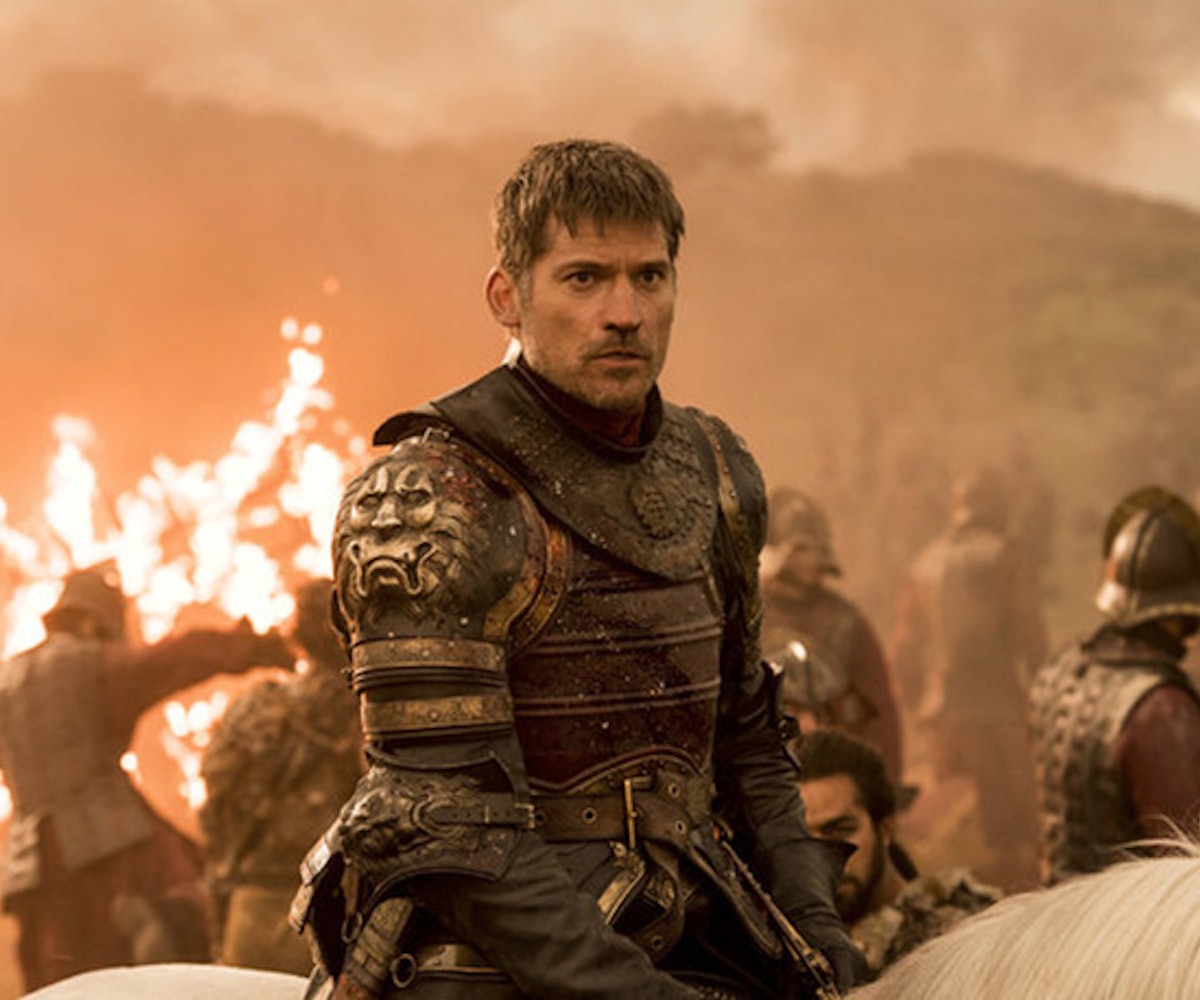 Image by Macall B. Polay/HBO

Last night's episode of Game of Thrones had more awkward reunions and one epic battle scene, where the Queen of Dragons destroyed everything. Arya Stark demonstrated her assassin skills to her sister, Sansa, which she's been honing in the years they've been apart. Then Arya finally saw her brother Bran for the first time. He's now the Three-Eyed Raven who claims to see the past and the future, and everyone's very much like, "Okay, sweetie, sure."

This uncomfortable family get-together was quickly eclipsed by a huge battle scene. Daenerys rode in on a dragon like a queen that she is, leading her Dothraki warriors into combat against the rival forces under Jaime Lannister, quickly smoking them all with her dragon's flames. Jaime and his aide Bronn fought back with a giant crossbow, but just like paper beats rock, dragon beats crossbow every time.

Everyone watching the fight scene was as stunned as the Lannisters getting ambushed.

Seriously, the dragon scene was incredible.

Everyone was very into the dragon. I mean, same.

Fans were surprised that all the star characters actually made it out alive.

The battle came on so fast nobody realized what was going on.

Basically, last night's episode is going to stay with people for a while.