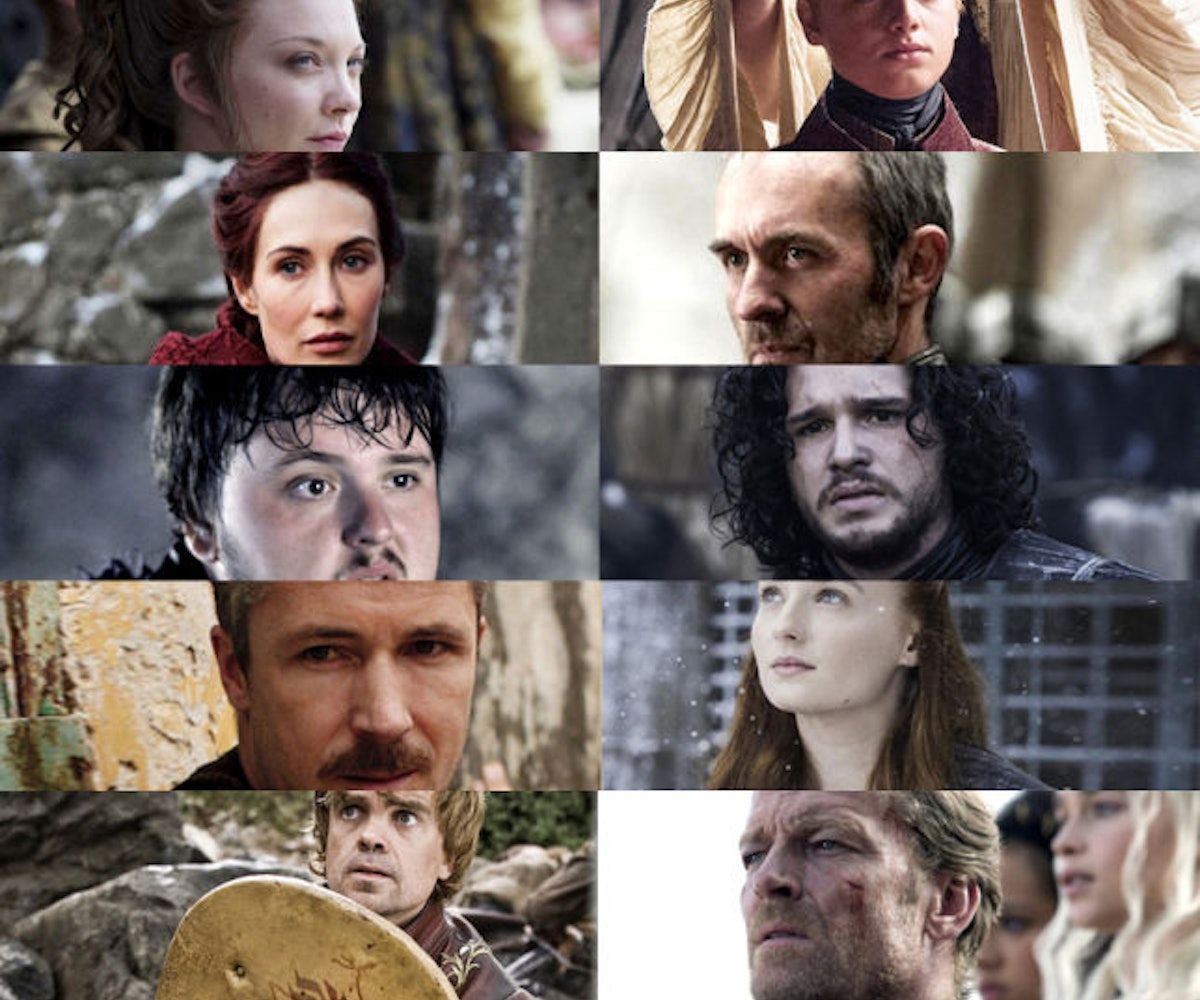 Due to some unforeseen circumstances, we missed last week's Thrones, but fortunately like books four and five, they were divided by locale, so we are doing double the recap, double the fun. The first thing we need to talk about is how old Arya is—the show has been pretty chronologically aligned with the books, and the age of Arya pretty closely matches the Arya in the books, and its interesting to see how much she is aging and maturing as an actor. Secondly, her sister is clearly in dire straits. On Twitter, many users have commented about the fact that we have been subjected to seeing Sansa degraded, again and again. The brutal scene that we bore witness (along with Theon) last night spoke to the fact that Sansa is being pushed to her breaking point—and like her sister, will have to take action.

Sons Of The Harpy

The House Of Black And White

The Wars To Come