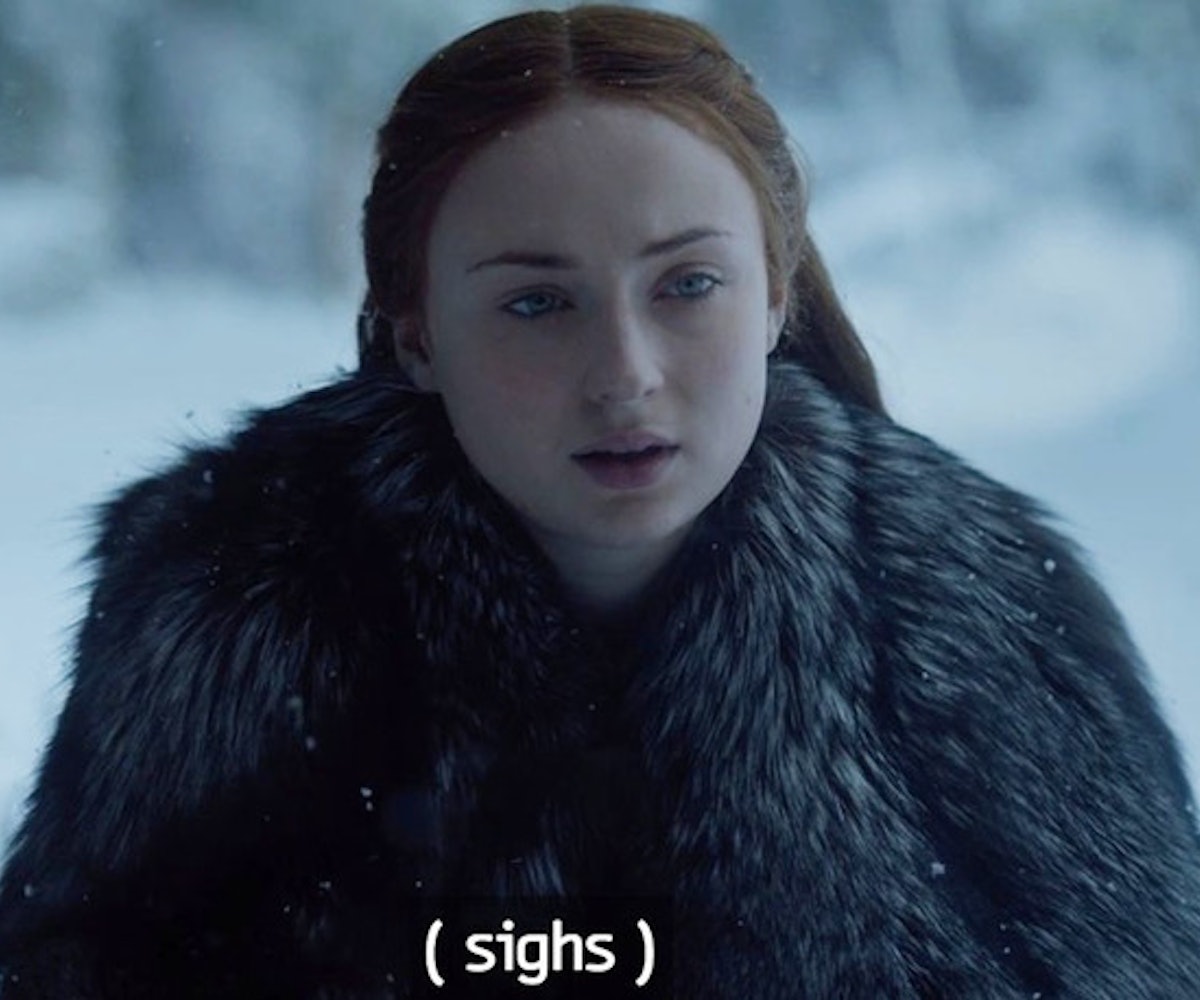 Last night on Game of Thrones, Sansa and Bran Stark were seen in the same room together for the first time since Season 1—and people lost it. Bran has definitely changed since we saw him last, and Sansa didn't quite know what to make of it. It was a little emotional, but mostly just awkward.

While the siblings' reunion was emotional for Sansa, considering she thought her brother was dead, Bran was much less enthused.

Sansa was trying to catch up with her little brother, but all he really wanted to talk about was how he's now the Three-Eyed Raven and has magical powers.

Eventually Sansa kinda just gave up on trying to understand wtf Bran was talking about.

Bran was really freaking everyone out.

Next time, hopefully, Sansa runs into Arya instead.