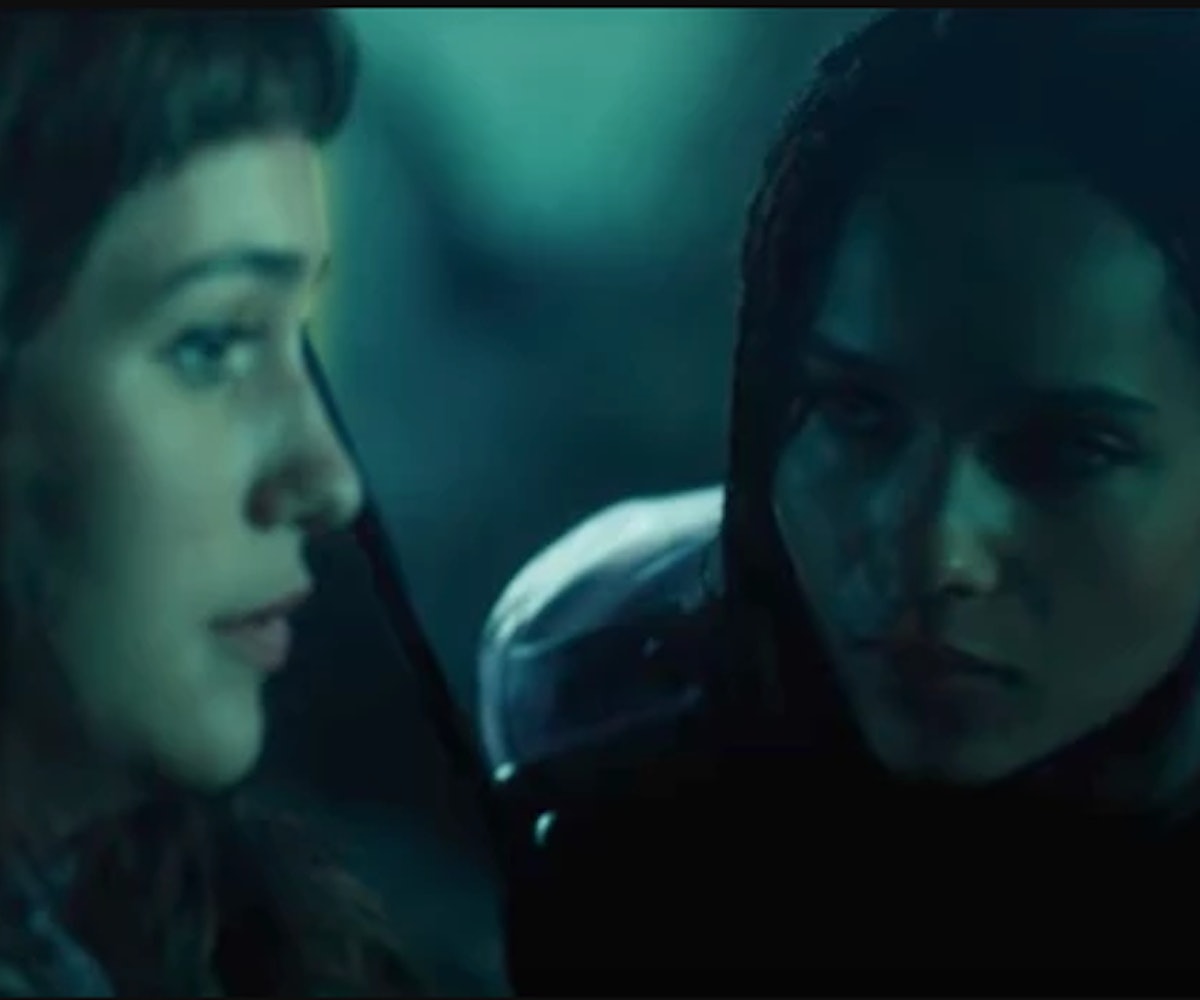 All Heather (Zoe Kravitz) wants to do is take some time off from her taxing job as a Hollywood starlet. In between quitting a long-standing project and breaking up with her celebrity boyfriend, has her mind set on relaxing, taking Seventeen quizzes, and snuggling up with her assistant and friend, Jill (Lola Kirke). And it’s going well—until Heather's dead body is found by Jill, who is then forced to piece together what happened in order to clear her own name. (Because, of course, Heather was shot by a gun Jill had lent her, so naturally the murder weapon has Jill's prints all over it.)

Gemini is textbook neo-noir: It centers around a crime and takes place in gritty, glamorous Los Angeles; there's a trenchcoat-clad investigator, and an underlying cynicism coloring every move our antihero makes. Haunted by the ghosts of Raymond Chandler’s L.A., Gemini might reference the past and adhere to the tenets of the noir genre, but it still manages to feel current rather than nostalgic. One way it does this is by flipping noir’s traditional treatment of women on its head, and makes them the stars of their own story—and that's exactly what make Gemini so spectacular.

Unlike in a traditional noir, all the men in Gemini are remarkably unimportant, relegated to supporting rather than starring roles. In this way, Gemini is subverting a genre traditionally helmed by morally ambiguous, sex- and violence-obsessed men. By placing Jill in the (often literal) driver's seat, the film's perspective is altered. Jill has to be her own hero—or antihero.

Noir isn't really a place for heroes, after all. And while Gemini revamps the role of hard-boiled, antihero detective, it also does the same to that other noir archetype: the femme fatale.

Known for being independent, unapologetic, and uninterested in the face of traditionally feminine roles like wife and mother, the femme fatale was a staple of noir's heyday in the 1940s. It is an archetype whose existence feminist film critics have credited to the “projection of postwar male anxiety about changing or ambiguous gender norms”—a dangerous siren whose eroticization is primarily used to lead a hardened, whiskey-slinging private investigator toward his doom.

In Gemini’s case, Heather is our femme fatale, the gorgeous, jaded, enigmatic, and irresponsible counterpart to the ever-practical Jill, who is now trapped in a convoluted mystery which revolves around Heather. But while femme fatales in classic film noir rely on having domineering men as their foils, Heather’s ex-boyfriend is a non-entity, and her truly complicated relationship is with public scrutiny and celebrity—and with herself.

However, Heather's unhealthy relationship with Jill is also given space to unravel in a realistic way, and it leads to a more nuanced picture of how a friend can go from being a close companion to a near-stranger within the span of 48 hours. In her own way, Jill also facilitated this dynamic, indulging Heather's whims, no matter how impractical or ill-conceived. Both Heather and Jill were fully formed people with their own agency in their friendship, something usually not given women in this genre.

Film noir, after all, is not actually about the mysteries at the center of their plots. As New Yorker film critic Richard Brody notes when writing about critic Nino Frank, who coined the term "film noir" in the '40s, Frank felt that the mark of film noir were the "character studies and sociological investigations.” But, unfortunately, it is mostly men who are allowed the full range of deep, nuanced analyses of their characters.

But Gemini flipped the script on classic noir. Both Heather and Jill are fully realized characters, and that’s a step forward for the genre on the whole.