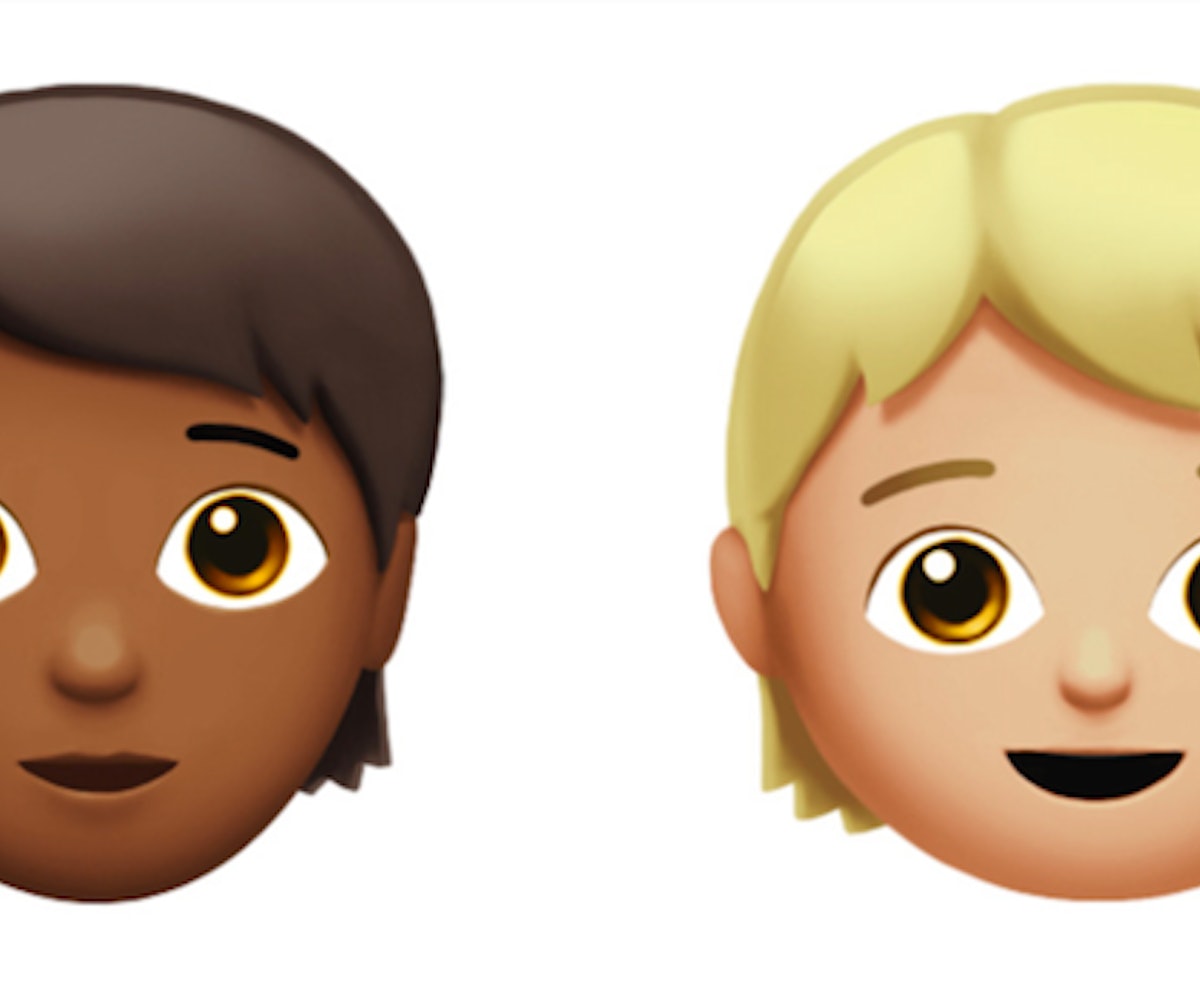 Apple is changing the game yet again with the announcement that, two years after first introducing diversity to the emoji keyboard, the upcoming iOS 11.1 software update will bring a whole new fleet of inclusive emoji.

Among the hundreds—yes, hundreds—of both new and updated symbols, we can expect to see at least three gender-neutral characters spanning generations and shown in various skin tones. Other new members of the squad include “more emotive” smiley faces, symbols for American Sign Language (namely, the "I love you" sign), and the previously announced headscarf-clad and breastfeeding women. The new symbols will make their debut next week in beta versions of iOS 11.1 and are expected to be publicly available near the end of the month. Also joining the ranks are some seriously cute animals and mystical creatures.

While pressure from users to create a more inclusive messaging experience likely played a role, we're excited to see a company with as much social leverage as Apple celebrate so many different identities. Time will tell about the impact of the new characters, but here's hoping others follow suit.