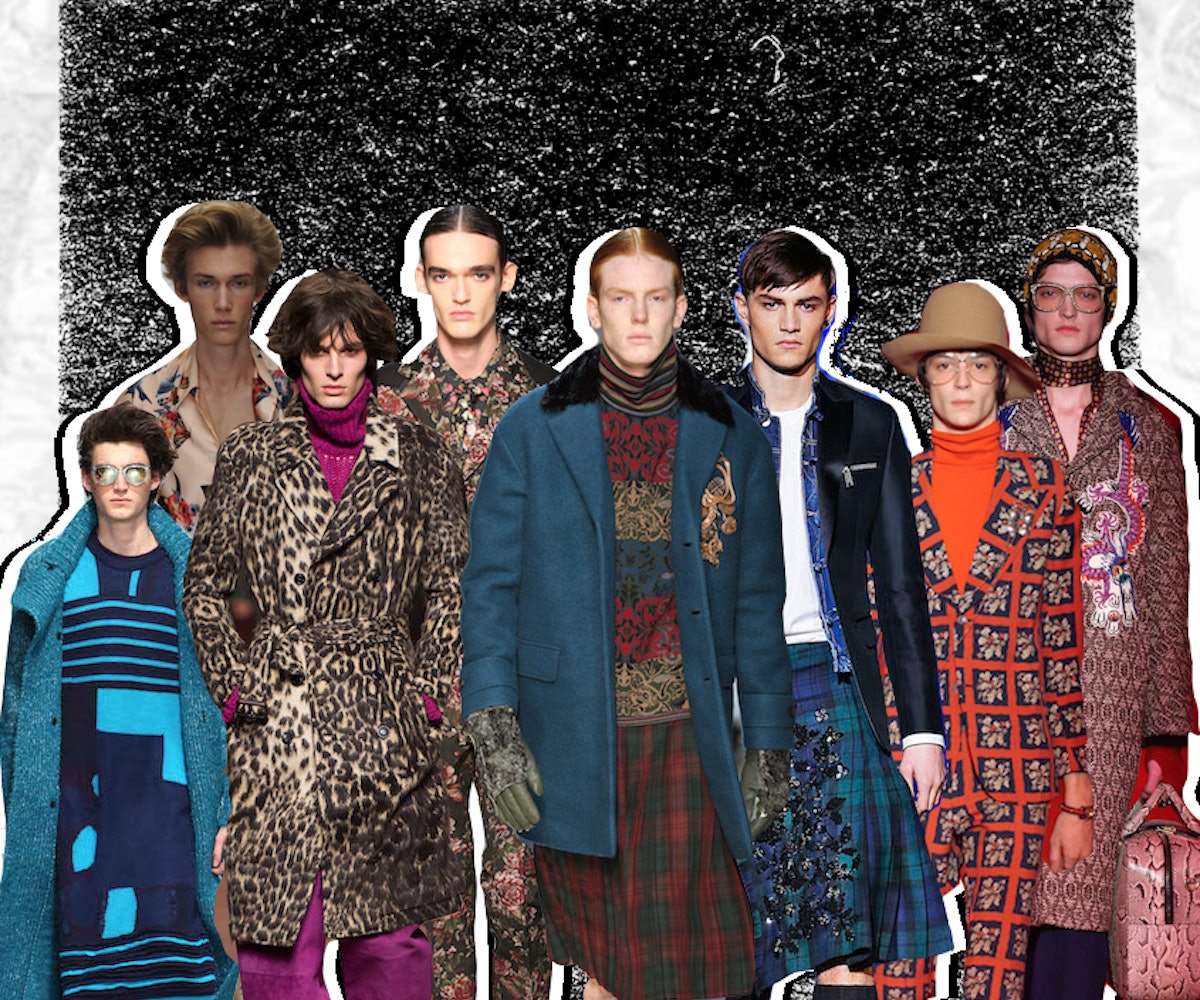 Over recent seasons, it’s become clear that the role of gender in fashion is changing, with transgender models now frequenting the runway and starring in designer campaigns. The garments themselves are also changing, with the defining line between men’s and women’s fashion beginning to blur in the forms of silhouette, print, color, or a combination of the three.

At the men's fall 2016 shows this season, gender-neutral styles have become more of the norm than ever. From luxe brocades at Gucci and Anotonio Marras, to flowing silks at Roberto Cavalli and Katie Eary, to dresses at Rick Owens and Issey Miyake, these pieces take a nod to fluidity and can be worn by all.

Click through to the gallery to see some of our favorite, most colorful looks that break gender barriers from the men’s runways this season.