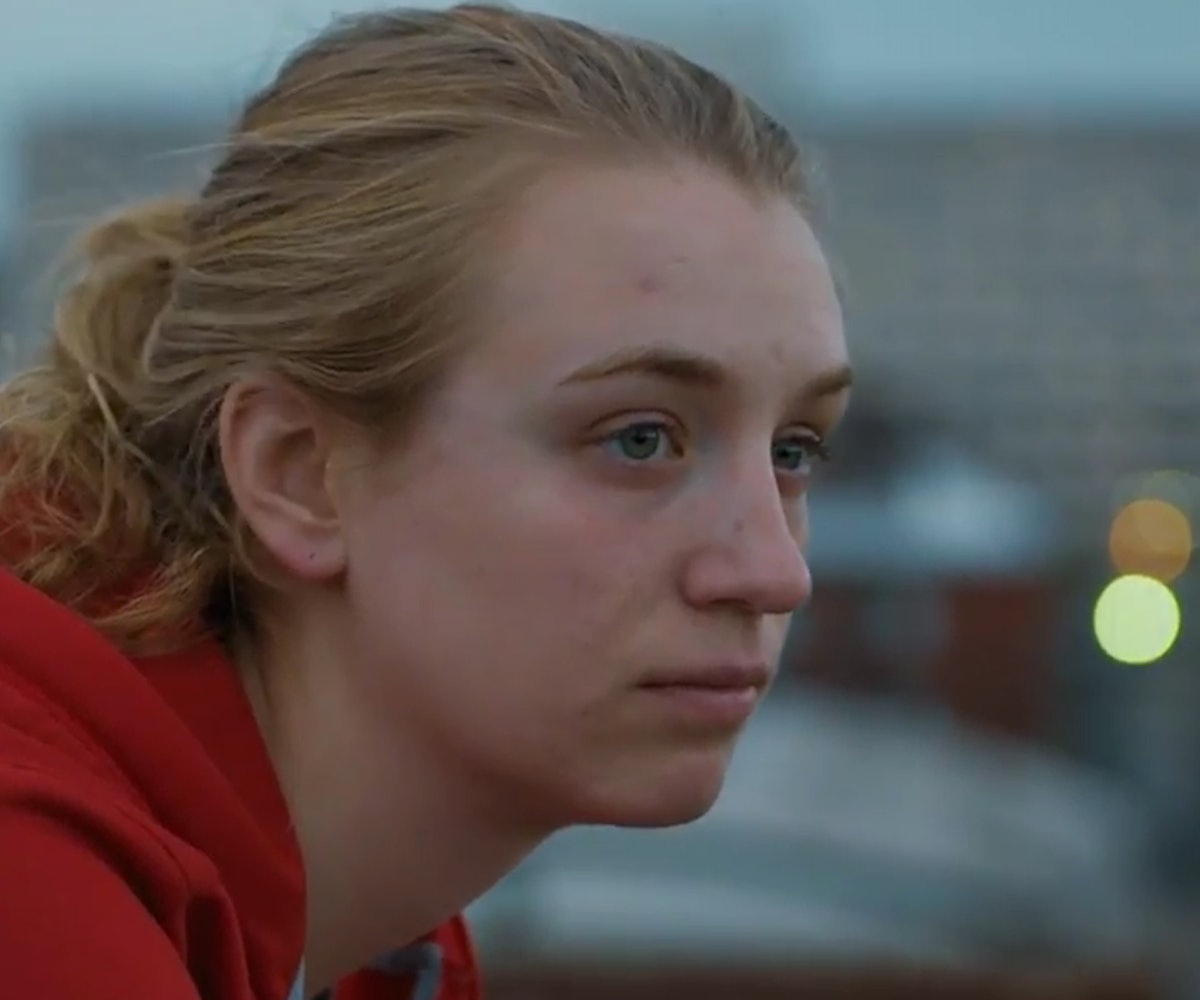 Detroit, once a thriving capital of American industry and ingenuity, has fallen on hard times in recent years. That story, one of urban decay and staggering poverty, has been told. But ever since the city filed for bankruptcy in 2013, a new narrative has begun to emerge, one of young entrepreneurs who are helping to rebuild the city by bringing business and ideas back to Detroit.

A new documentary called Generation Startup puts a spotlight on this new wave of idealistic college grads who are relocating to Detroit and working endless hours in the hopes of transforming new businesses into profitable enterprises. Directors Cynthia Wade and Cheryl Houser trained their cameras on six millennials who, through the fellowship program Venture for America, all head to the Motor City to pursue non-traditional careers.

Over the course of two tumultuous years, we watch as Labib Rahman, an Indian-American from Yonkers, New York, with a degree in biomedical engineering from John Hopkins, leaves his skeptical parents behind to join a two-person company that builds phones and tablets (seriously).There's Dextina Booker, an MIT grad who openly questions her decision to pass up sure-thing opportunities to work at a startup that does not put her skills as a mechanical engineer to use; Avery Hairston, who became the second employee of Banza, a company that makes pasta out of chickpeas; and Kate Catlin, who moved to Detroit in 2013 to work at Grand Circus, a tech startup that threw her headfirst into the world of coding.

Wade and Houser spoke to us recently about why they chose to focus their lens on Detroit, how the startup world is changing the face of that city, and what they think is the secret to startup glory.

How did Detroit become a subject of the film?Cheryl Houser: Venture for America was in 15 cities at the time, and they recruit young college graduates and place them at startups around the country in mostly economically struggling cities. The idea originated with, here’s Venture for America, they’re taking these 22-year-olds, throwing them into the deep end, and wouldn’t it be great to follow that trajectory of a few of these people? Cynthia and I then had to pick what city we were going to follow the fellows in, and that’s when we decided Detroit was by far the most interesting and robust city in terms of what’s going on. There’s a ton of things happening all over the country, but what’s happening in Detroit really is remarkable.

Why focus on just Detroit instead of several cities? What was it about the city that struck you?Cynthia Wade: I think Cheryl and myself, we like to go as deep as possible, and environment can often be part of the portraiture and its own character. There were amazing things going on in other cities, and they would have been wonderful documentaries, but when you commit to a place and you really embed in that place, you get a sense of that city. Detroit wasn’t fully out of bankruptcy at the time, it was changing rapidly, and the startups were varied there. It’s already hard when you have multiple characters in a story, so at least you want to be able to bind them into one place and you can really dive deep.

What were your impressions of the city before you went there, and how did they change throughout the shooting process?CW: I’ve done a fair amount of shooting in Detroit prior to this project, and my husband’s mother grew up in Detroit, and his grandfather had a business in Detroit, and so I’ve been back and forth for weddings and funerals and for work. So it wasn’t a surprise. I knew Detroit, but it was incredibly exciting because every time I went back for an extended shoot, there was always construction, and things were always changing and always opening, and it was such a rapid change over those 17 months.

How widespread is the entrepreneurship boom in Detroit, and how much of it are we seeing in your film?CH: Had Cynthia and I set out to make a film about entrepreneurship in Detroit, we would have made a very different film. It would have been a lot of local entrepreneurs, whereas the genesis of this film is Venture for America. They’re sending these young kids into these challenging situations, and it is very much a coming-of-age film as much as it is about entrepreneurship. Our characters are all outsiders who are moving to Detroit to build lives and build businesses. But, to answer the question about what’s happening in Detroit, there are incredibly exciting things happening there. There’s something called TechTown, there’s the Build Institute, there are a lot of entrepreneurship organizations, and Pam Lewis, who is in our movie, is part of the new economy initiative, which is funding a lot of what’s going on with entrepreneurship there.

Then you have Kate from our movie, who works at Detroit Labs and whose attitude is, “Okay, so there aren’t a lot of coders in Detroit, but we’re going to do something about that. We’re going to take people—it doesn’t matter if they know anything about coding or not—if they’re smart and want to work hard, we are going to train people from anywhere in this city to become coders.”

You managed to film your subjects in some pretty intimate moments. How were they comfortable having cameras around?CW: Sometimes putting the camera down and letting them rest, or letting them have a moment, does so much for them in terms of trusting you as a filmmaker. It shows that it’s a sense of collaboration, it’s a sense of respect, that ultimately, they emotionally give you more because they feel they can draw boundaries if they need it, and they feel also that you are a partner in telling their story, as opposed to somebody just coming in to exploit them.

We also gave them all GoPros and they could video-diary their journals and their experiences, thus becoming collaborators in the telling of their own stories. I think that also helps in feeling like we’re in this together. It’s this line that you walk where you want to tell an honest story and show the tough moments, but you also want to be extremely respectful of the people that you’re working with.

What is the difference between a startup that succeeds and one that fails? And how large or small is that gap?CH: I think having spent two and half years entrenched in this world and talking and meeting with a ton of other successful entrepreneurs, it’s not really the best idea, but whether you’re willing to work really hard for something and if you have the drive and the determination and just the guts to keep going. It’s so hard, and you fail at every turn and there are so many things along the way that are discouraging, but I think most people just don’t have the grit and determination to carry on. The [two people in this film] who are launching their own companies, you really see they work around the clock and they give it their all.

CW: I think it’s grit. Grit and determination outweigh everything else. I’ve been running my own small film production company, which is like a startup except it doesn’t scale, so it’s not really a startup—it’s a small business. I’ve been supporting my family for 18 years on it, I’m raising two daughters who are watching their mother work herself to the bone on many projects, often simultaneously, and it’s grit. I think that there are things that I’m really talented at and I think there are things that I’m not so talented at, but it’s the grit that carries me through. I’d rather have determination any day.

Is basing a startup in Detroit an obstacle or a benefit to that company?CH: I think in many ways it’s easier. Detroit is not big, so you can meet people and get to know people much more easily. It’s a city where I think there is a tremendous amount of support for at least grassroots entrepreneurship, and again, the spirit of, like, we’re all in this together. The one thing that [our subjects] are very careful to say is they never came to Detroit to rebuild it or to save it—Detroit doesn’t need saving. The local Detroiters really resent any hint of anyone coming there to save them. They’ve come there to build lives and to build companies, but I think that also when you’re launching a startup in New York or Silicon Valley, you can get very distracted in the whole scene, whereas in Detroit, they kind of put their head down and just work around the clock and didn’t get caught up in any of the hoopla.

CW: Yeah. I mean, I think that there can be a benefit in being in a community where you run into people and people are really looking out for each other. This is across the board in Detroit—like really looking out for each other, and I think there’s something about weathering those elements that people really pull together and watch out for each other, and then because it’s really cold at least six months of the year, people can hunker down and really focus and work. But there’s opportunity in that too, because you can have these unexpected collaborations and these unexpected moments where people are together. So I think that it has fostered a lot of creativity for the fellows, but it certainly is a city with incredible resilience and history and has fostered creativity from the dawn of time, really.