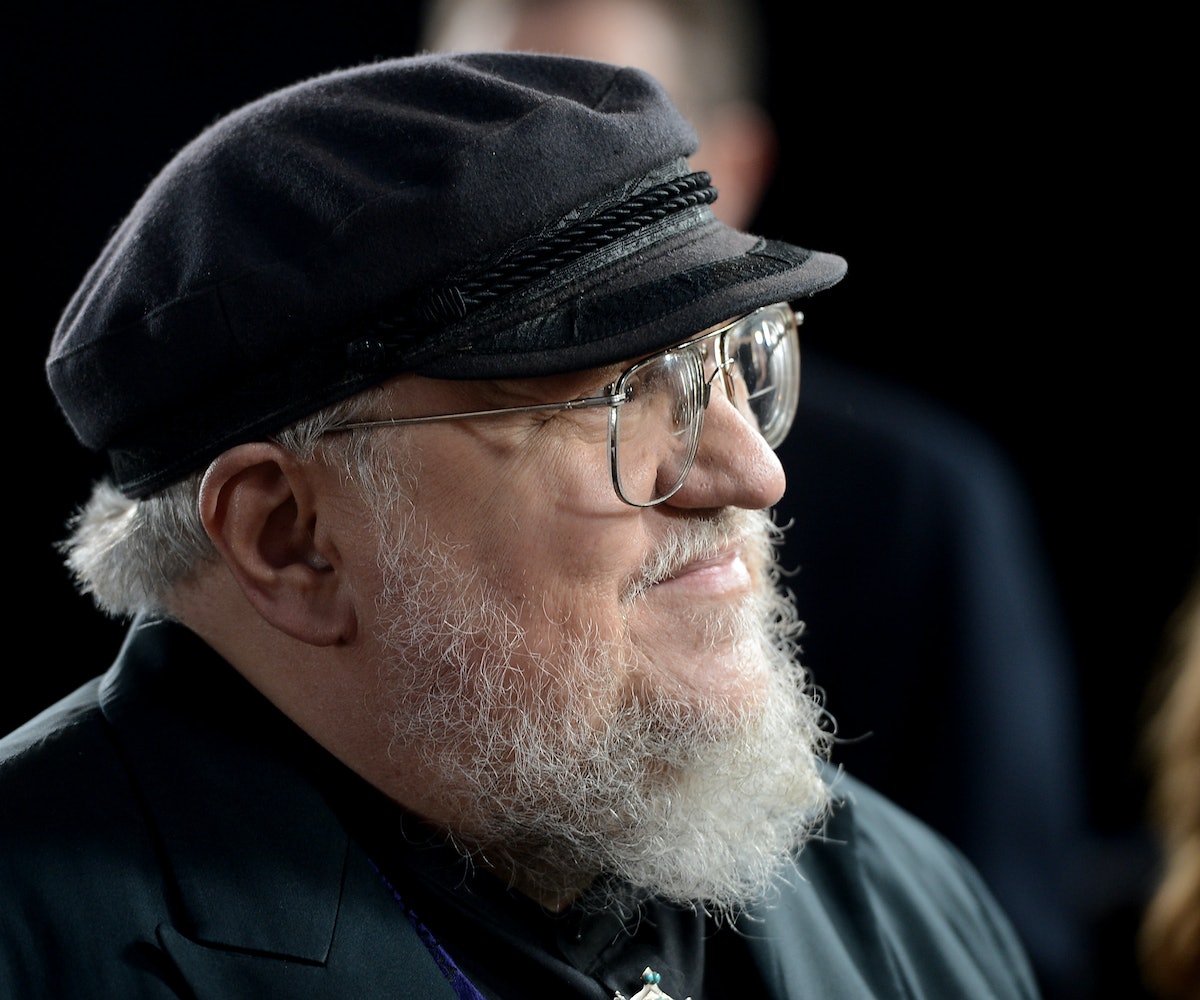 In a truly satisfying moment of cinematic justice, George R.R. Martin has been impaled by a shark and beheaded by another.

The cruel, cruel creator of both the Game of Thrones TV and book series from which it came, A Song of Ice and Fire, met his (purely fictional) end in Sharknado 3: Oh Hell No!, when flying sharks burst through the screen during the showing of a movie that just happened to be about three-headed sharks. While apparently nonsensical, the scenario in the previous sentence is actually par for the course in the universe established by the burgeoning Sharknado franchise.

See for yourself and smile.

While, again, just a bit of movie magic, the impalement and decapitation of the 66-year-old author and New York Giants fan comes as a balm to viewers and readers alike who’ve had to suffer through falling in love with Martin’s GoT/ASoIaF characters, only to see them imprisoned, beaten, raped, scarred, stabbed, beheaded, mutilated, burned alive, and stabbed some more.

Obviously, Martin is in on the fun here, and we’d much rather have him alive and working on the remaining two ASoIaF books than headless and rotting. Of course, that could change if anything bad happens to Arya or Hot Pie.