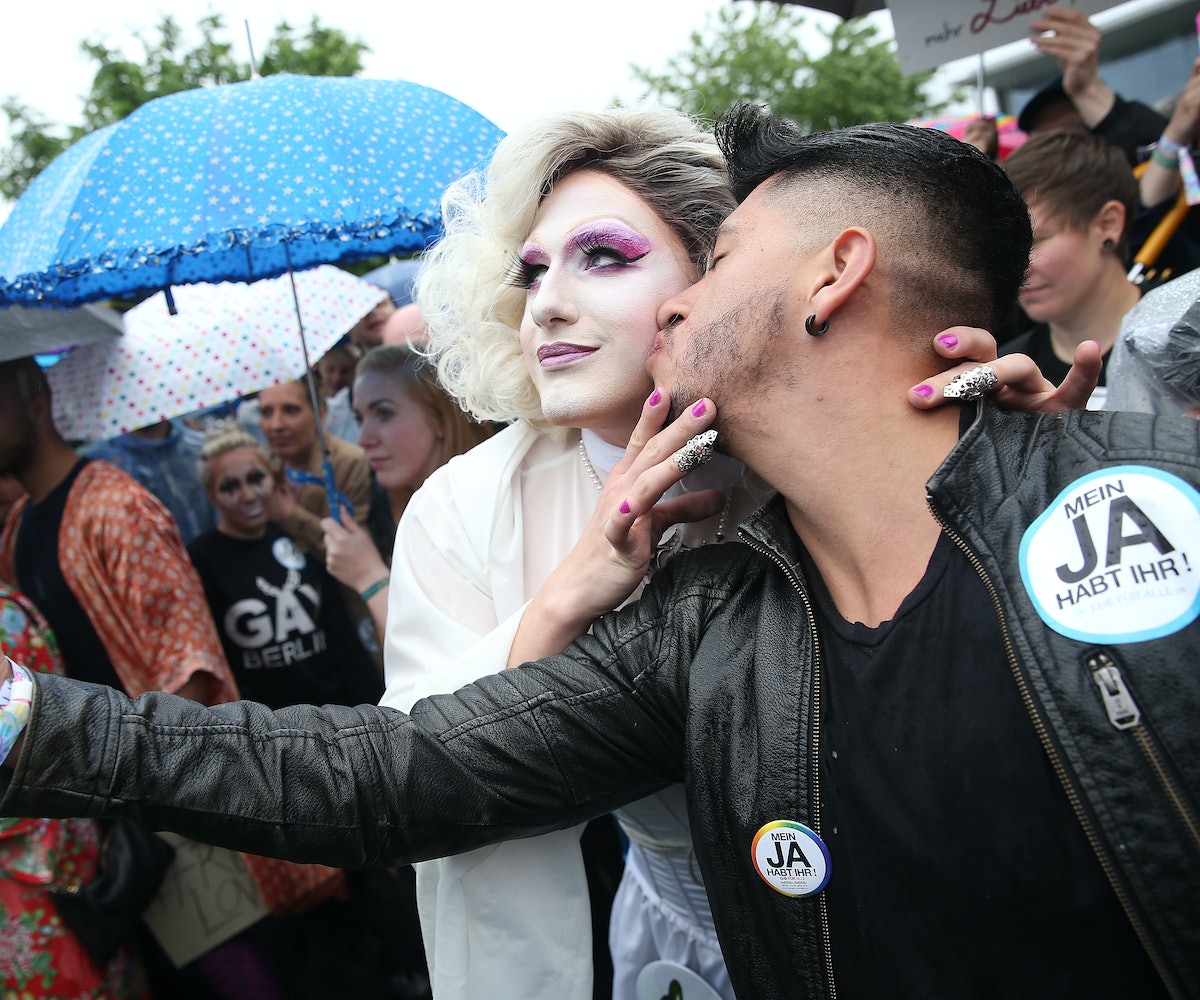 After what The New York Times described as a "brisk but emotional debate," the lower house of the German Parliament has voted to legalize same-sex marriages!

Angela Merkel, the Chancellor of Germany, had relaxed her party's opposition to same-sex marriage and paved the way for a surprisingly quick approval of the law, despite personally voting against it. Merkel said she herself believes that marriage is between one man and one woman but hoped “that a piece of social peace and togetherness could be created.” Many in Merkel's party departed from their group's official stance to support LGBTQ rights.

The measure passed with 393 votes in favor and 226 against (four abstained).

“If the Constitution guarantees one thing, it is that anyone in this country can live as they wish,” Thomas Oppermann, the parliamentary leader of the Social Democrats, had said in opening the floor debate. “If gay marriage is decided, then many will receive something, but nobody will have something taken away.”

The new policy needs to get through the upper house of Parliament and obtain the signature of President Frank-Walter Steinmeier before becoming official law. Both of these are expected to happen after a summer recess, meaning that the law would officially go into effect in the fall.

The Times noted that public opinion in Germany had been largely in favor of legalizing gay marriage (civil unions have been allowed in Germany since 2001) but that votes on measures specifically granting gay couples the same rights as straight couples had been consistently blocked by conservatives.

“I am certain that just a few years from now, as a society, we will look back on this decision on marriage equality and ask ourselves, ‘Why on earth did it take us so long?’” said Christine Lüders, the director of the German government’s anti-discrimination agency.