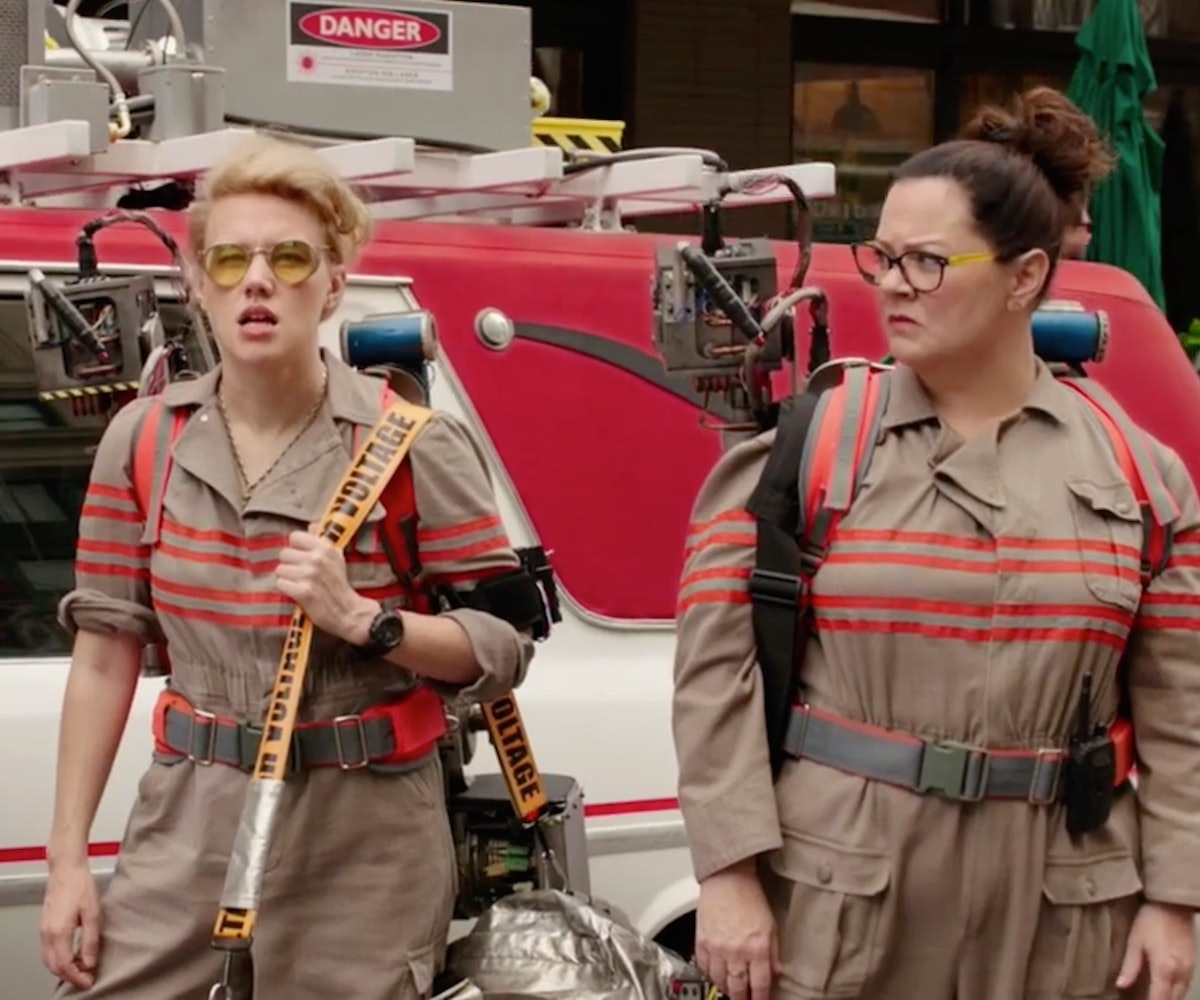 Indeed, the Ghostbusters trailer—despite your initial reaction—was deeply, deeply flawed. How was it flawed specifically, you ask? Was it the humor? No, that was totally on point. Was it the actors? Nope, they were perfect (Leslie Jones in particular). Was it the effects, the rehashed plot, the stuff coming out of Melissa McCarthy’s ears? No, no, and definitely not. Was it that they were all women? No, only angry baby-men think that.

Oh, you’re thinking, perhaps it was Kate McKinnon’s now-famous wink. Why, how dare you even imply that? That wink is now The Wink and the basis of a new all-gender-inclusive sexual orientation.

Damn right. We are all winkosexuals and we are all out of the closet.

So what indeed was wrong with the trailer for Paul Feig’s reboot/sequel/whatever it is? Well, just watch this new fan-cut of it below to see.

Yes, there was only one thing that could have improved the Ghostbusters trailer—Ray Parker Jr. It’s amazing what music can do. Truly amazing. Now, let's all go back to watching McKinnon wink.

Damn, that thing should have its own Showtime series.