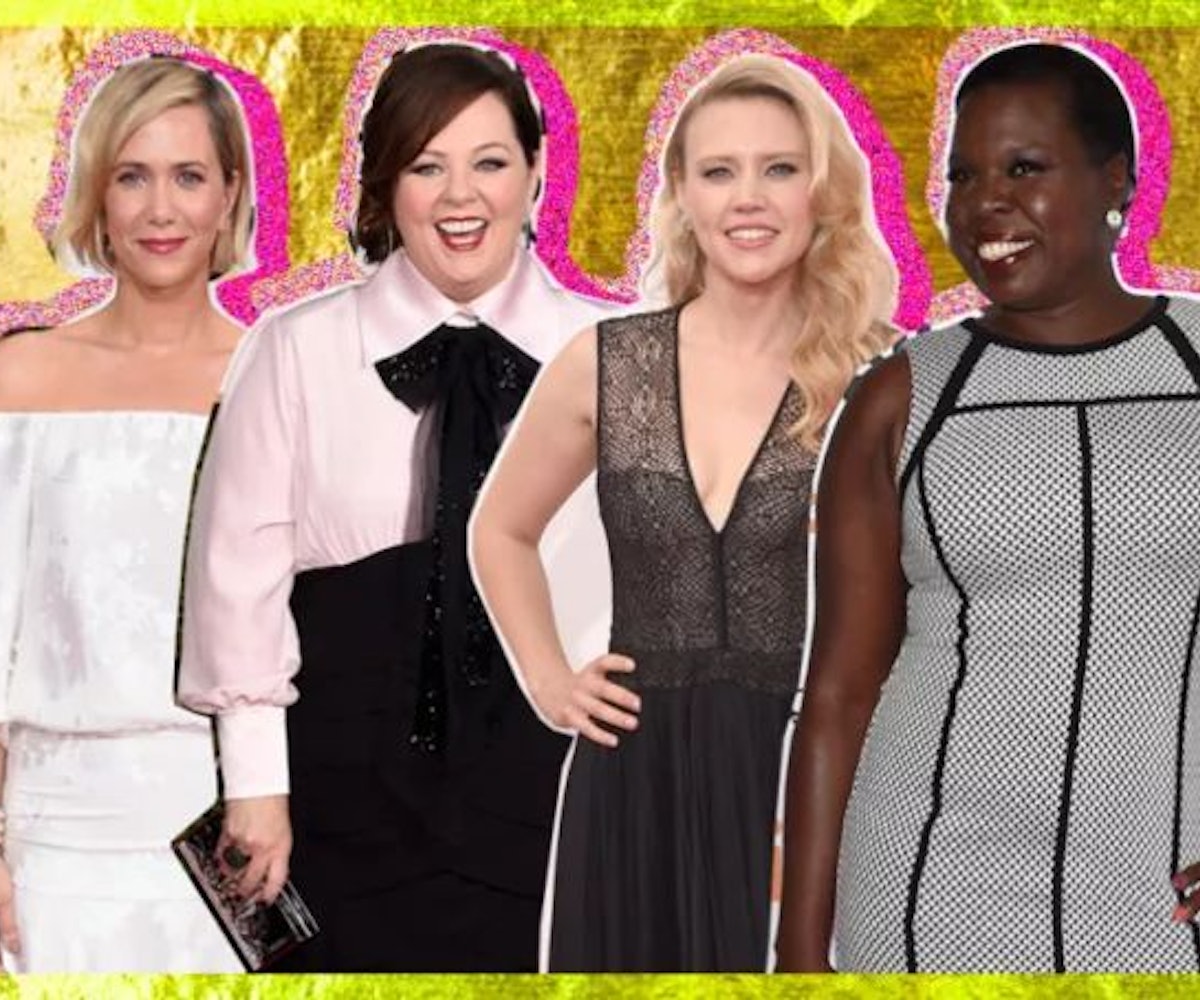 Over the past couple months, there have been bits and pieces of information released about the new Ghostbusters movie—most importantly, the gang is all-female, they've got fun uniforms, and Chris Hemsworth is playing the secretary. Needless to say, we can't wait for its release.

Directed by Paul Feig, the film has a stellar cast: Kristen Wiig, Leslie Jones, Kate McKinnon, and Melissa McCarthy star as the four Ghostbusters. And while we've gotten individual photos of the cast in various costumes in the past, a first photo of the gang dressed in their ghostbusting uniforms has been released. We now have a clearer image of what the newest Ghostbusters look like as a crew.

Even in the neutral-colored uniforms, the four women look ready to kick ass. And we'd like to give a special shoutout to McKinnon's fabulous sunglasses and hair.

Head over to Buzzfeed to check out the photos.