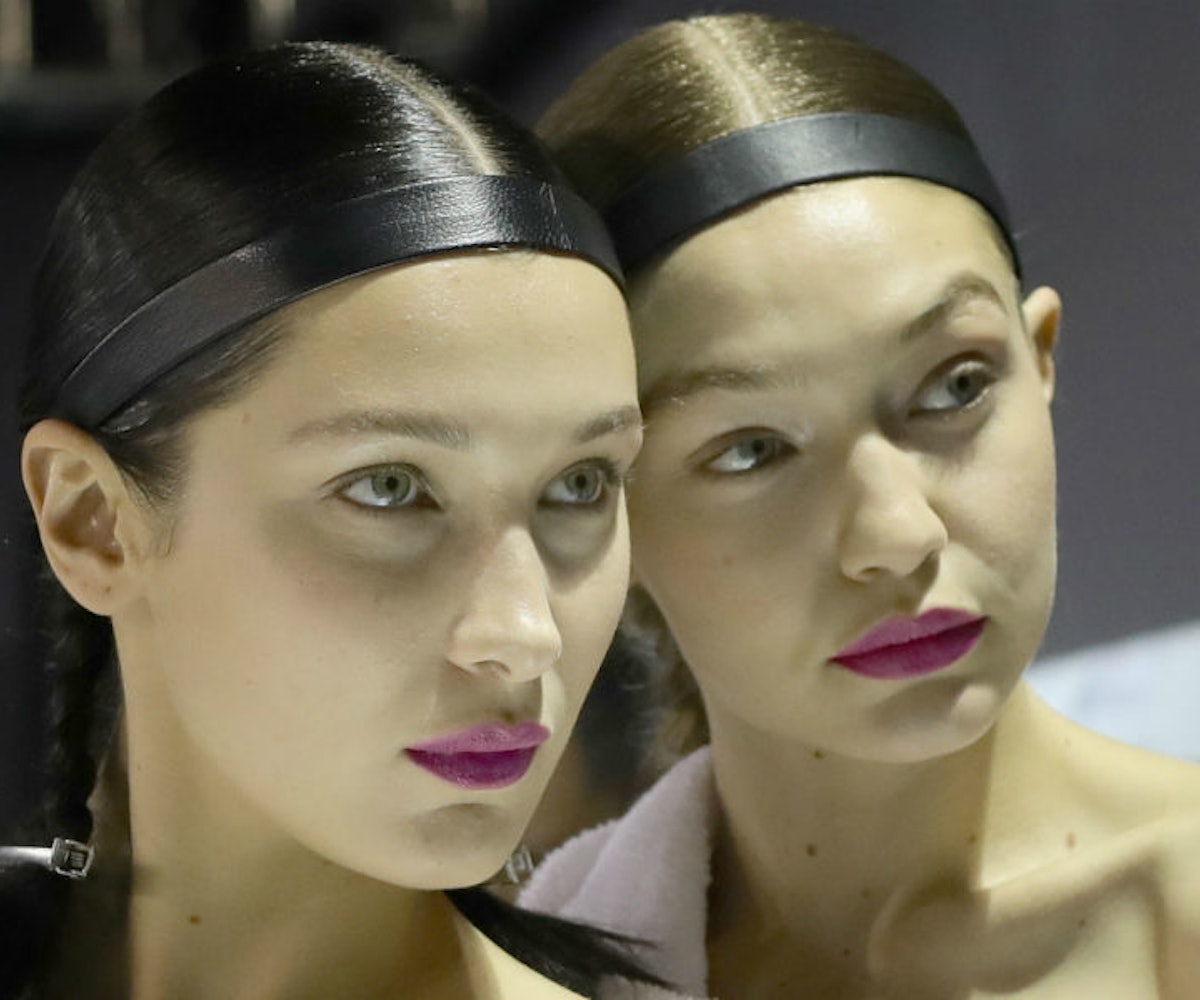 Gigi and Bella Hadid are gilded beauties on the cover of British Vogue. The model sisters, dressed in gold one-shouldered Versace gowns, appear on separate covers for the magazine’s March issue shot by photographer Steven Meisel.

They’re lovely shots for sure, but inside the magazine is when things get a little more interesting. We find the pair posing together, legs intertwined, and… naked. It’s a stunning shot, but we’d be lying if we said it wasn’t one of the stranger editorial choices that we’ve seen. For the interview housed within the pages, Gigi talks about her relationship with her sister. She says: “She’s one of the only people I’ll get aggressive for. She makes me so proud. I would do anything for her.”

I mean, same. I’d do a lot for my sister, too. I’d lend her money, give her a place to crash when she needed it, I’d even give her a kidney if it came down to it. Would I pose naked with her, be it in a magazine or just, like, for fun? No, no I would not. But, then again, we are not Bella and Gigi Hadid, and we don't model for a living.

I’d also like to point out that this is yet another cover from editor Edward Enninful that features white, cisgender, skinny stars. He might not be delivering on the diversity front like we all were hoping, but he’s definitely got us talking. So, maybe the joke’s on us?