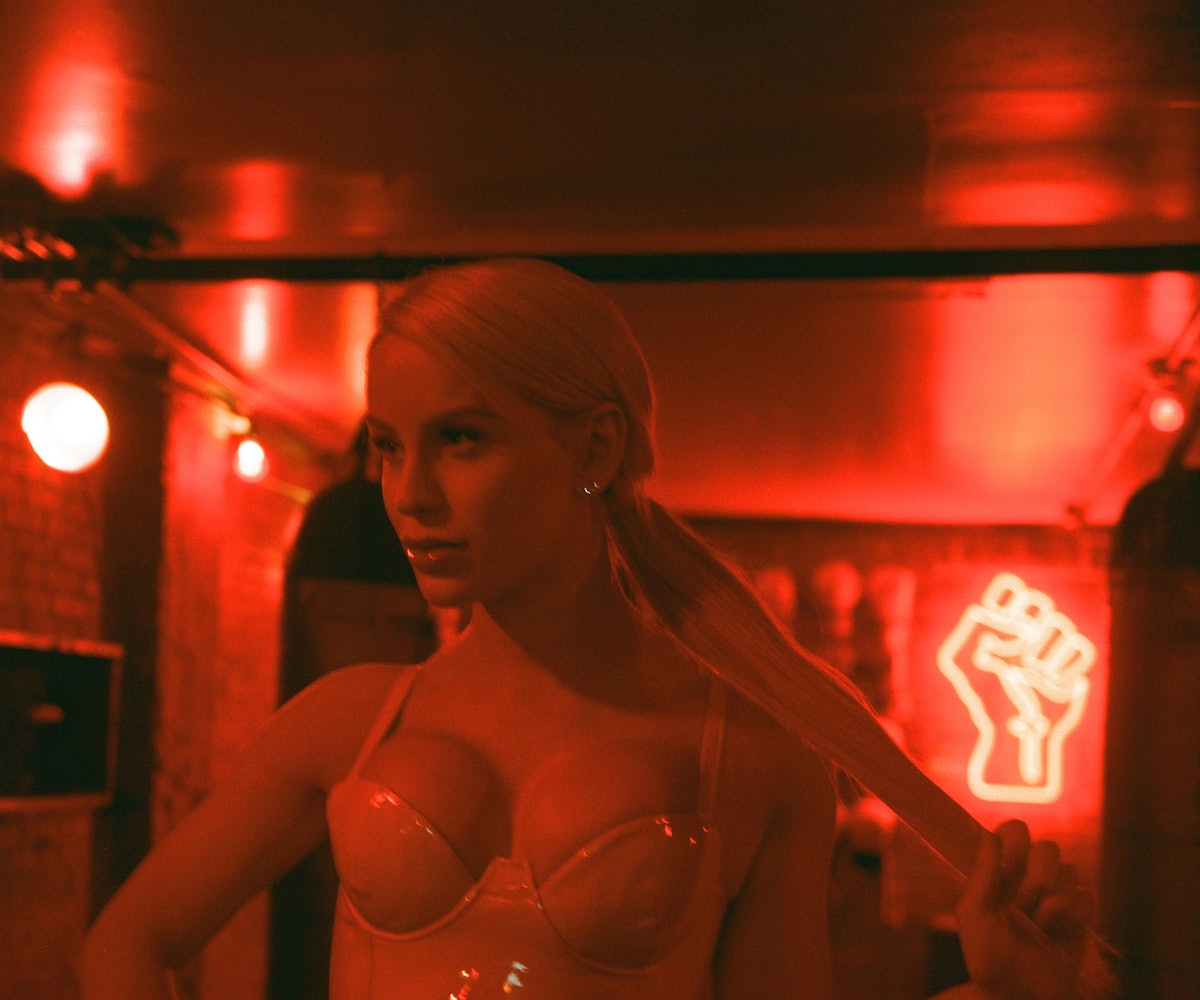 In a photo studio above a boxing ring on New York City’s Bleecker Street, I hear the distinctive clack of Gigi Gorgeous’s heels on the checkerboard floor as she confidently strides into the room, Britney Spears’s “I’m a Slave 4 U” blaring in the background. It feels like a fittingly glamorous entrance for the Internet superstar. At first, it’s surreal to see someone whom I’ve been watching online for years, and even more surreal that a large documentary crew is rolling in behind her, filming her every move for an upcoming project, launching exclusively on YouTube Red later this year. If you’re familiar with Gigi’s videos, you know her story: The Canadian-born transgender YouTuber famously shared her coming-out and transitioning journey on her channel, which currently boasts over two million loyal subscribers and nearly 300 million views. In addition to her personal vlogs and online beauty tutorials, the 23-year-old has also worked with the likes of Miley Cyrus and Kylie Jenner, has acted in Shane Dawson’s short film I Hate Myselfie, and has appeared on shows like Project Runway All Stars and Access Hollywood. I can’t help but think that if Andy Warhol were alive today, he would be transfixed by her. Gigi’s in town for New York Fashion Week, during which she’s sitting front row at shows like Jeremy Scott and Libertine, but she makes time in between all of the craziness to discuss self-empowerment, her life outside of YouTube, and what she’s doing to help the LGBTQ community.