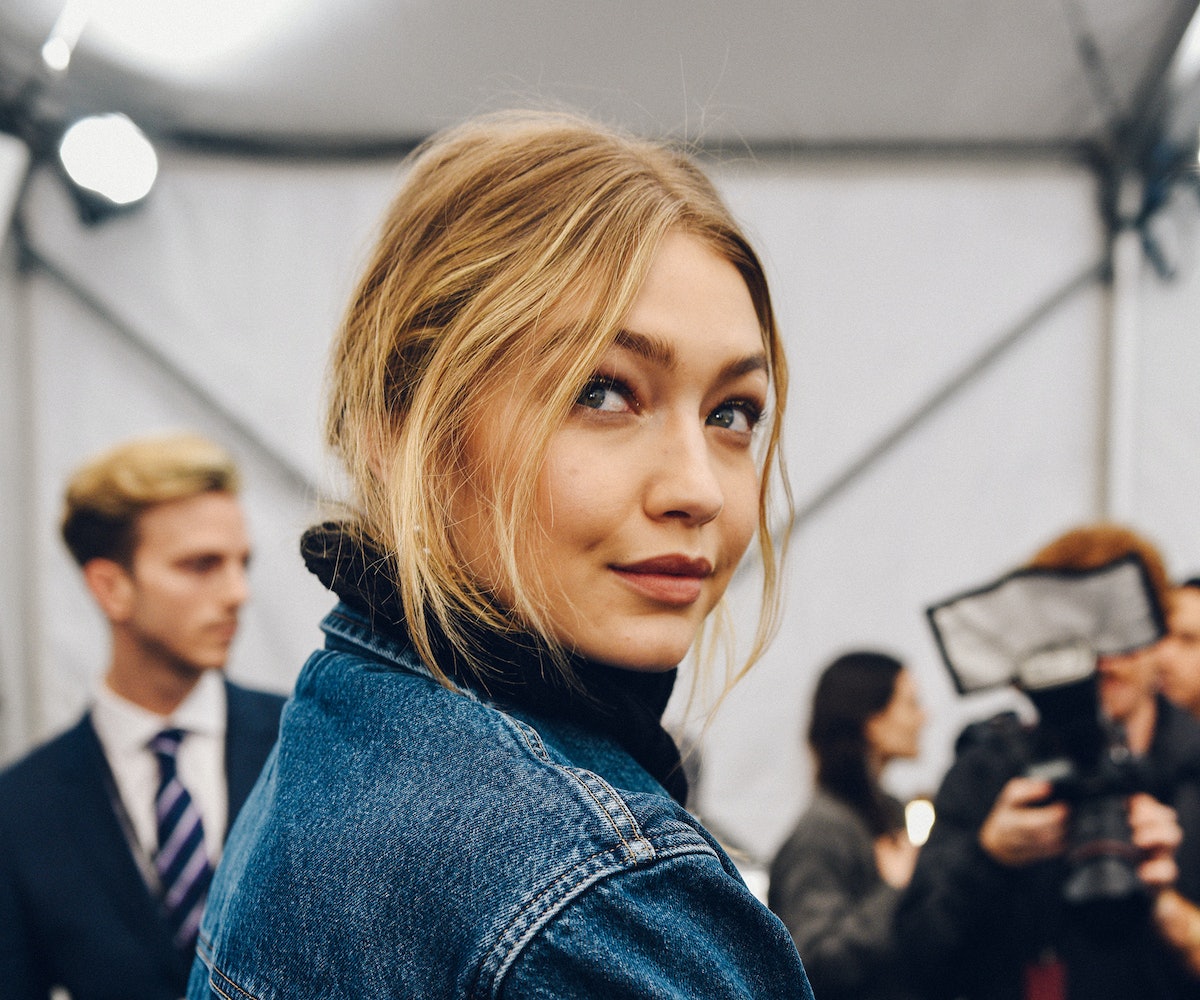 The saying "if looks could kill" has been used for decades, but Gigi Hadid turned that phrase into a reality. Last night, the model attended Daily Front Row's Fashion Los Angeles Awards with her mother, Yolanda Foster, and her sister Bella who was awarded Model of the Year award by designer Jeremy Scott.

Gigi showed up wearing a gorgeous Yanina Couture sheer white dress, with no less a bodysuit underneath, and in flawless makeup courtesy of Patrick Ta for Maybelline New York.

Bella, on the other hand, went ultra dark in a fading black Moschino by Jeremy Scott tuxedo jacket dress with a torn hemline and cuffs. No surprise that escorting her for the occasion was her boyfriend, Abel Tesfaye, better known as The Weeknd.

It turned out to be a very emotional night for Gigi when she teared up while presenting mentor and friend Carine Roitfeld with the Magazine of the Year award for CR Fashion Book. "You have made CR Fashion Book forever iconic and forever young," she said before getting choked up."On a personal note, thank you for believing in and giving me these past few years and being an unequivocal mentor and friend." She finished with, "My career would be unrecognizable without you."

Following the event, Gigi shared a cute selfie of her in bed with boyfriend Zayn Malik and a cat named Chub. Sadly, the post was an announcement that Chub passed away, captioned ":( we love you always chub" with an angel and cat emoji. RIP Chub.