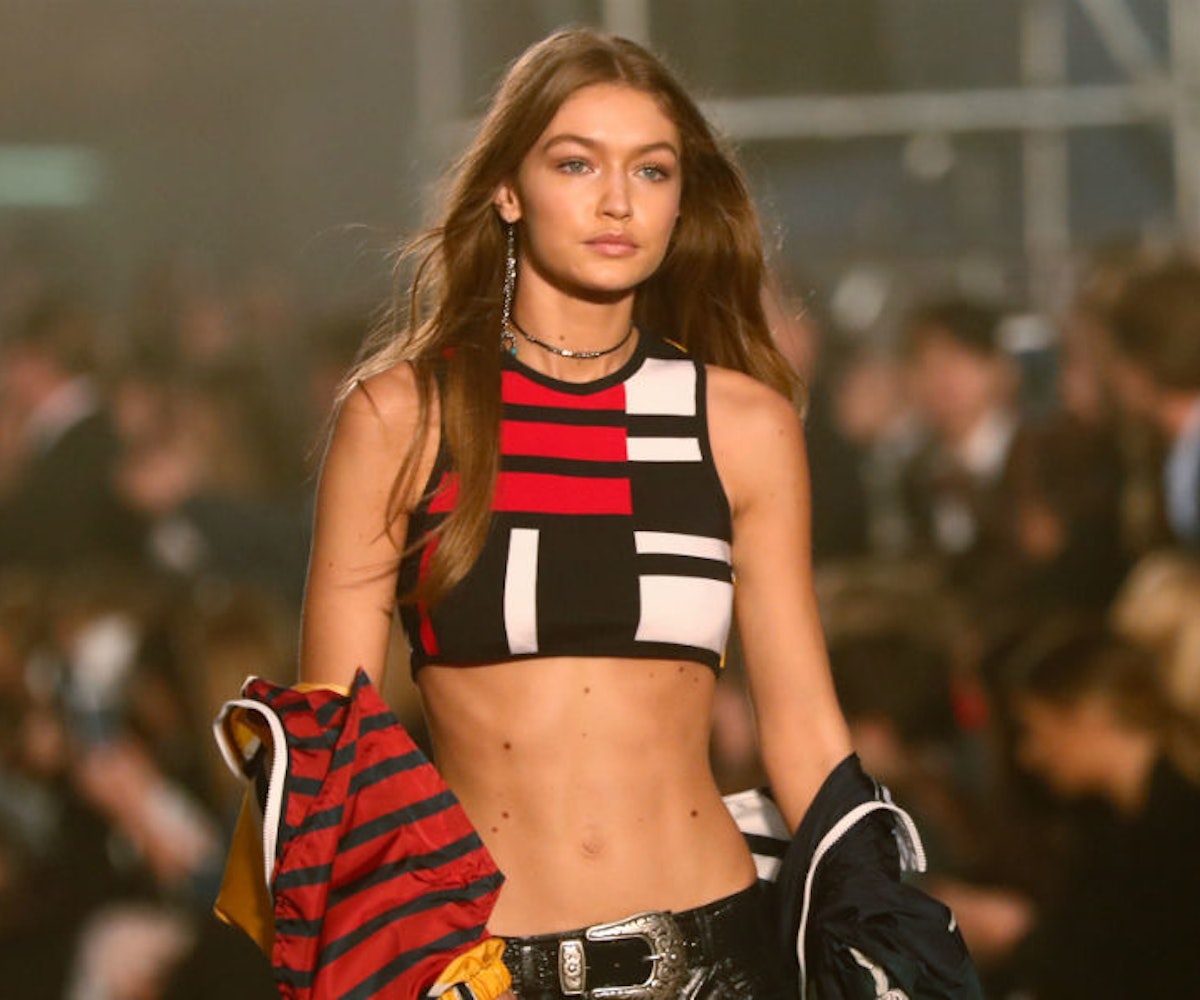 Gigi Hadid has gotten used to addressing body-shaming trolls. In 2015, she took to Instagram to explain that, no, she’s not ashamed of having “abs, a butt, and thighs.” Almost three years later and body shamers are still omnipresent in the model's life—well, on her social media—but this time, she’s getting flak for being "too skinny."

In an attempt to be transparent and shut down the vicious drug rumors, Hadid generously explained in a series of Twitter posts that she was diagnosed with Hashimoto's disease, a thyroid condition that causes body functions to slow down, including the rate it turns food into energy. As a result, her weight has dropped.

“Although stress & excessive travel can also affect the body, I have always eaten the same, my body just handles it differently now that my health is better,” she wrote. “I may be ‘too skinny’ for u, honestly his skinny isn’t what I want to be, but I feel healthier internally and am still learning and growing with my body everyday, as everyone is.” She explains that she’s taken medicine to placate the symptoms and was part of a holistic medical trial that helped balance her thyroid levels out. She also clears up that drugs are not her thing and to “stop putting her in that box.”

She concludes with a message that we should all take to heart: try not to judge someone else, especially when you don’t know what they’re going through. “Please, as social media users & human beings in general, learn to have more empathy for others and know that you never really know the whole story,” she wrote. “Use your energy to life those that you admire rather than be cruel to those u don’t.”

Minding your own business is always nice, too.