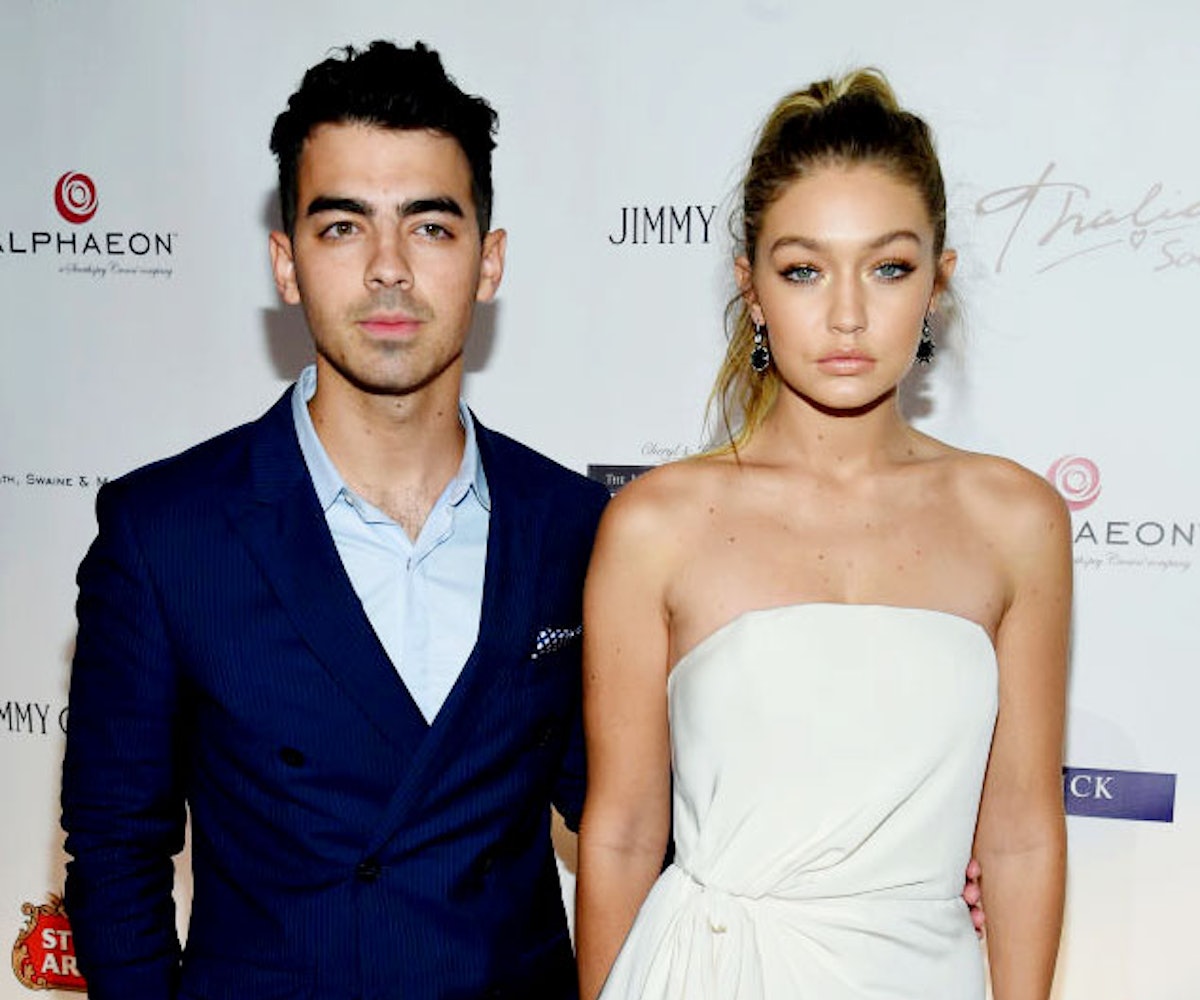 It's no secret that Gigi Hadid and Joe Jonas are dating, but the couple made their relationship red-carpet official last night in New York City. Gigi looked elegant in an off-white, strapless Tommy Hilfiger dress while Joe opted for a blue suit. The two attended the Global Lyme Alliance Inaugural Gala at Cipriani to support Gigi's mother, Yolanda Foster, as she was being honored at the event.

It seemed like an emotional night for Gigi as her mother announced that her siblings Bella and Anwar have Lymes disease too, so it must have been reassuring to have Joe by her side the entire time. We know that Joe was born to be a family man with such a close bond to his brothers Nick and Kevin.

The two cuties have been smitten since May, and have been spotted congregating at social functions, like our Rebel Fashion NYFW Party. With Gigi's modeling career blowing up and Joe's new band DNCE on the rise, they're sort of on their way to becoming the ideal celebrity dream team. We honestly couldn't think of two better people to pair together—Joe and Gigi seem like a perfect match!