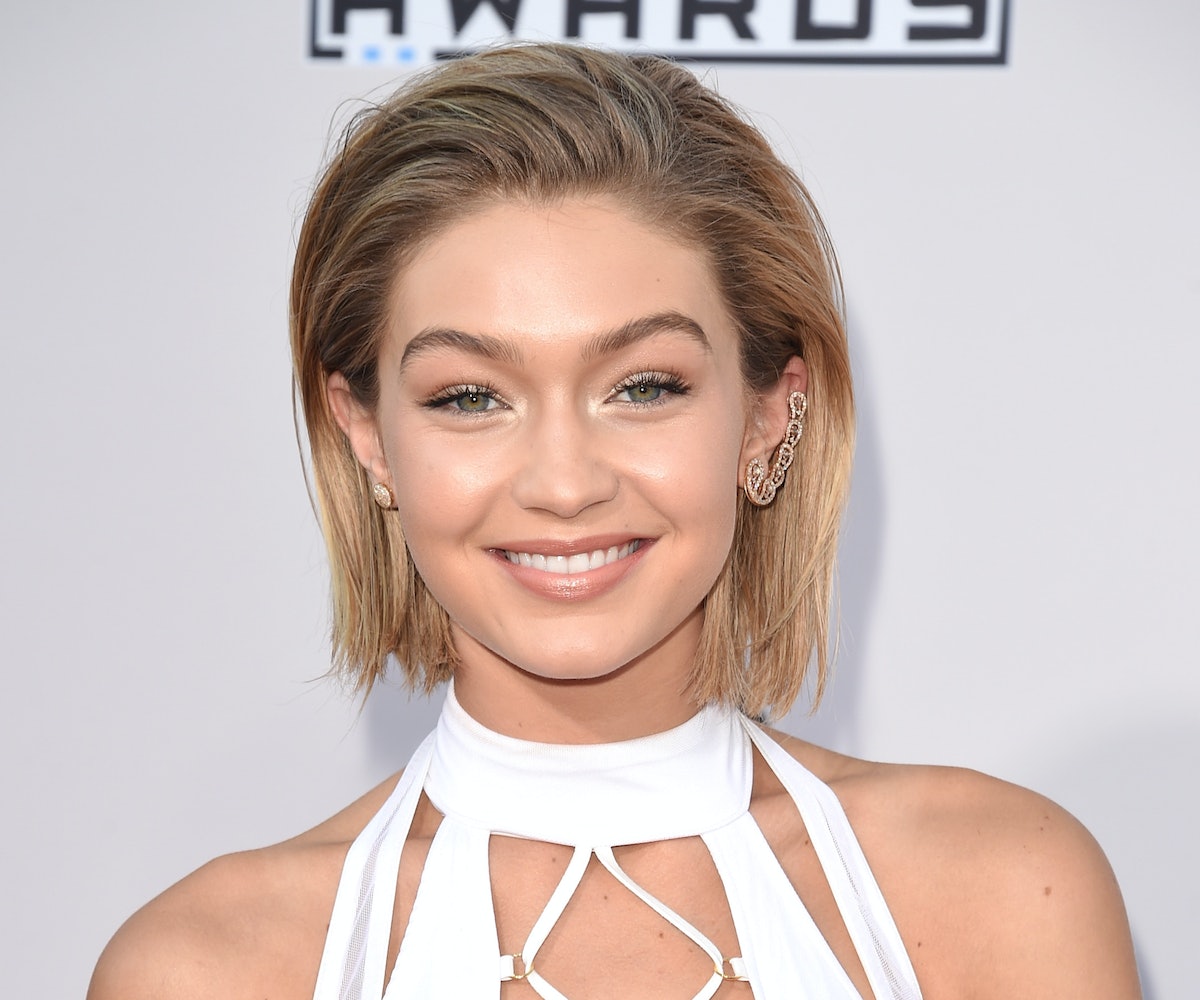 Last week, Gigi Hadid was the victim of an ugly prank perpetrated by human slimeball Vitalii Sediuk, the Ukranian TV personality who's made a career out of assaulting celebrities in public spaces. While leaving the Max Mara show in Milan, Sediuk grabbed and lifted Hadid from behind, forcing the model to elbow him in the face until he set her free. The entire incident was caught on camera, including the part when Sediuk scampered off into the crowd and returned to whatever hole he crawled out of.

But perhaps the only thing grosser than Sediuk's violation was the way the press reacted. "NOT MODEL BEHAVIOUR: Gigi Hadid aggressively lashes out and ELBOWS fan in the FACE after he tries to pick her up,” wrote The Sun, completely ignoring that Hadid was, in fact, the victim. After taking to Twitter to defend her actions, Hadid sat down for a more in-depth conversation with Lena Dunham, in which she elaborates on the events of last week.

“I remember taking the time, as it all felt slo-mo, to look at him, a stranger, and my first reaction was: ‘Get me out of this situation,’” she says in the latest issue of Dunham’s email newsletter, Lenny. “I played volleyball, and my coaches talked about muscle memory. I started boxing two years ago and I always remembered that. Since then, I hadn’t been in a situation that forced me to fight back, but it just came out when he grabbed me—it wasn’t a choice. I do have that fighter in me.”

Hadid went on to say that she felt in danger, which gave her the right to react the way she did. “If anything, I want girls to see the video and know that they have the right to fight back, too, if put in a similar situation," Hadid adds. "Practicing self-defense is important so that when you’re in the moment, reacting from muscle memory comes more naturally to you than freezing up. Confidence in your own ability to defend yourself comes with educating yourself about it, and is a massive advantage when in an unsafe situation.”

Read the rest of Hadid's interview with Lena Dunham here.