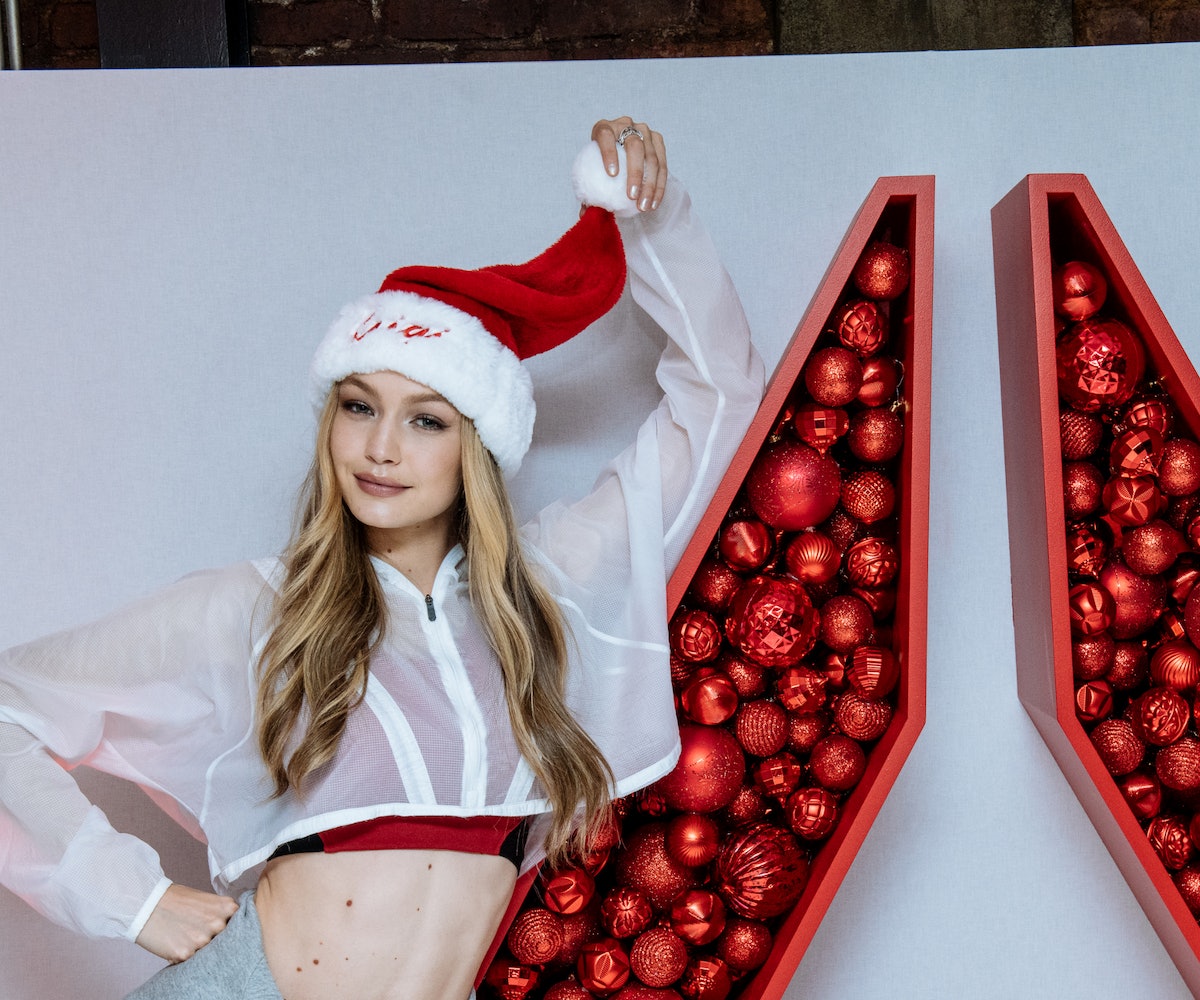 If Gigi Hadid had to sum up 2017 in one word, it would be, “enlightening.” One thing she’s opened her eyes to? How necessary it is to unplug from time to time.

“I just did a week without my phone," she says. "Not just social media—literally the whole week with my phone off, and it was amazing.” While gathered in a townhouse in New York City last week, the Reebok ambassador tells a gaggle of journalists about her recent hiatus.

“You just realize that there's all this drama and shit going on and then, when you get back to it, you're like, ‘Oh my god, that just passed while I was hiking or whatever, and it's just air.’ Drama on social media is just air,” Hadid says, before adding, “I don't know if it's actually air, but you get what I'm saying. It, like, floats in the clouds."

The model has had her fair share of drama recently. She was reportedly denied a visa leading up to the Victoria’s Secret Fashion Show in Shanghai. Then, just last week, her alleged decision to not show off her unshaved armpits for the Love Advent calendar brought some… chatter along with it. The noise of social media can often be deafening, especially when your follower count reaches well into the millions.

When talking about her tech detox, Hadid compared it to the Zen kōan about whether or not a tree falling in the forest makes a sound if nobody is around to hear it. In other words: If someone insults you on social media, and you don't see it, did it really happen? On the one hand, sure, but, also, who cares? Not you. And maybe that's the point of enlightenment anyway—not caring about the noise.

“There’s times when I put something crazy on, and then I go on Twitter, and everyone’s like, ‘What the fuck are you wearing?’” Hadid says. “I’m like, ‘I felt so excited to put that on, and it made me feel good to walk out the door.’ And sometimes, like, you don’t wake up feeling like you want to get dressed and walk out the door, so if you put on something that makes you turn into that character or just be excited about looking in the mirror, it makes it more fun to go outside.”

During her week-long phone hiatus, Hadid says she spent a lot of her time making bracelets for loved ones. Other times, when she needed to regroup, she did exercise which she equates to meditating. “I just picture being inside a white box and the floor is… you know when you’re on a plane and you see the floor of clouds? It’s like that, and if I have anything on my mind, I picture that as an object coming through the clouds and I push it back down,” she says, adding that she’s been doing this since she was young. “It really helps me. It gives me a lot of energy.”

Looking ahead to 2018, the model shares that she wants to continue to challenge herself by “doing more that scares” her. She did a couple things this year already, like going scuba diving and playing a public game of beach volleyball with a group of strangers. Maybe that “scary” thing, for you, is pulling a Gigi and turning off your phone for a week. Or maybe it’s putting on that outfit your best friend hates but that makes you feel good. The best kind of challenges should contribute to your personal growth, and the new year is prime opportunity to see just how many you can take on.