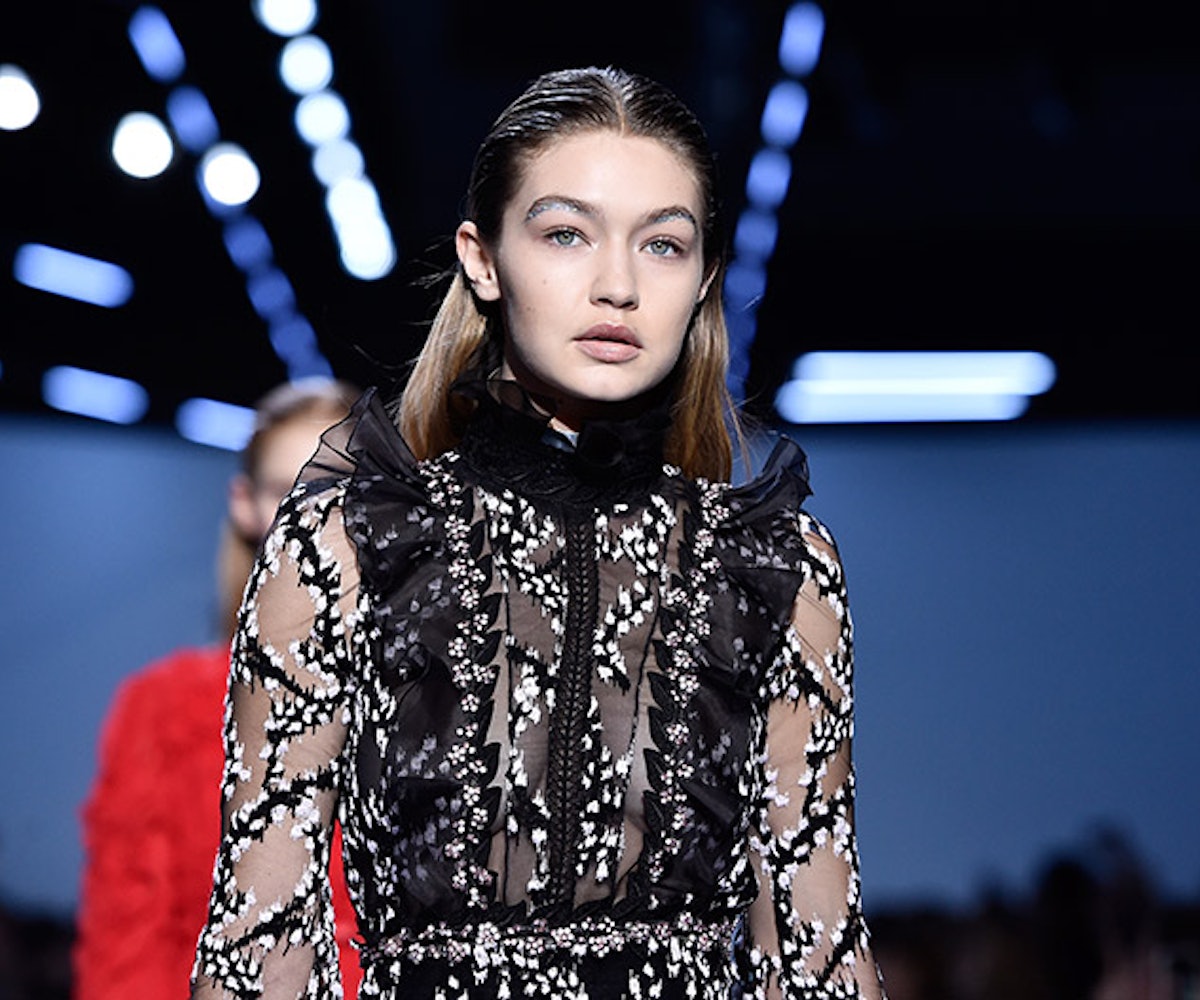 You always remember your first—especially when it's your first Vogue cover. Gigi Hadid, 21, is officially an American Vogue cover star. She appears on the magazine's August issue alongside Olympic gold medalist and future competitor in the 2016 Rio Games with Team USA, Ashton Eaton.

In an Instagram post, Hadid calls the cover "a dream come true." She continues, "I couldn't think of a cover I'd rather be on than the one celebrating athletes. Being an athlete has brought so much pride and joy to my life and has instilled the work ethic that still drives me every day." Inside the issue, Hadid and Eaton run, jump, and pose in various track-and-field positions. Hadid has, depending on how you look at it, the luxury of doing it all in the Fenty x Puma sneaker heels throughout. In a behind-the-scenes video, though, it's clear she can power through anything.

Hadid has appeared on the inside pages of Vogue before and caused a bit of controversy for her appearance on the covers of Vogue Italia and Vogue China. Earlier this year, she posed naked for Vogue Paris. "This one's dedicated to my biggest inspirations to work hard, my family," Hadid writes, "to all my coaches throughout my life and of course, to the fans that have stuck by me from the start!!! Feeling extremely blessed."