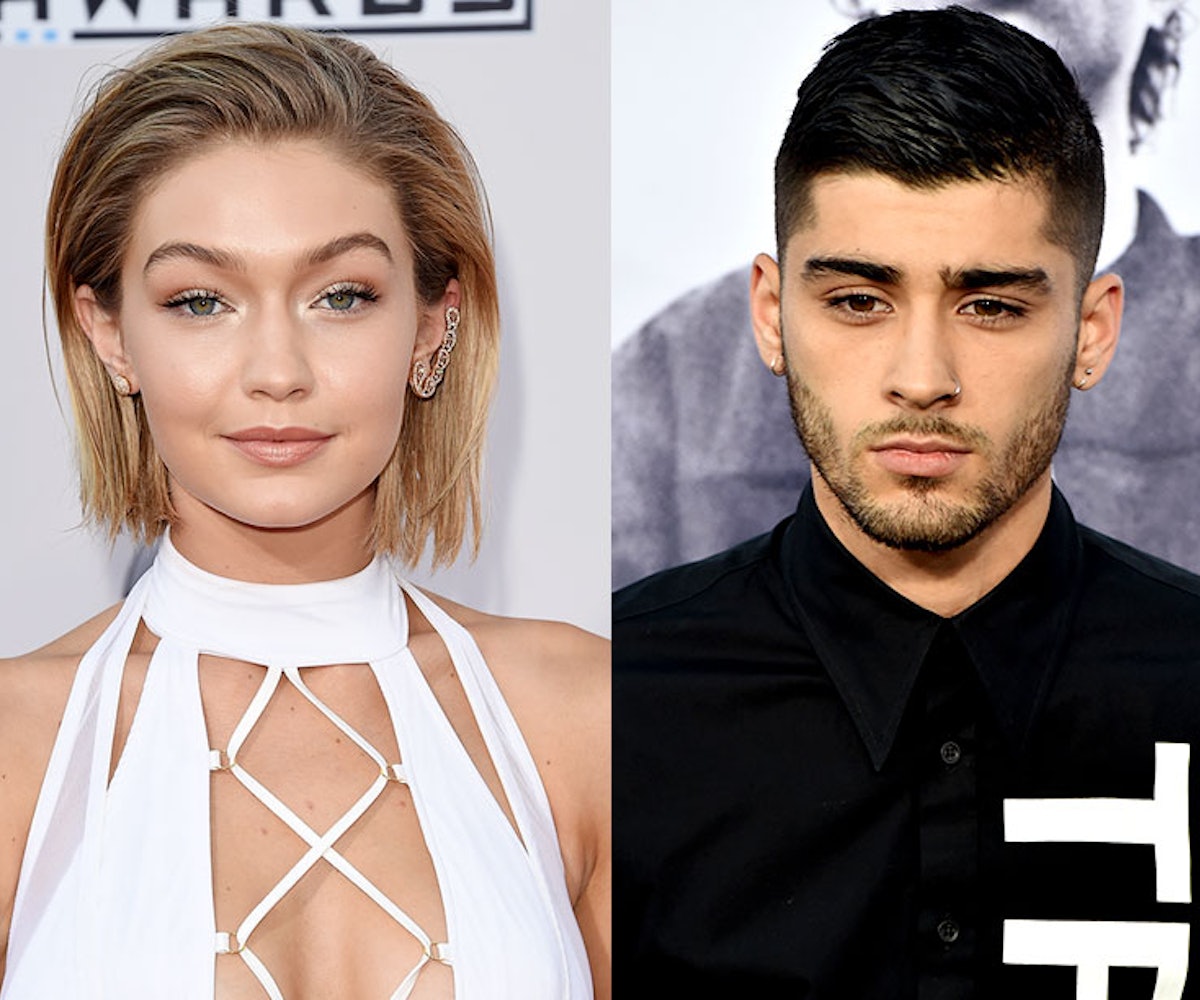 Word on the Web is that Gigi Hadid and Zayn Malik might be seeing each other. A source told US Weekly that "it's a very new thing," and to be honest, we're not surprised.

As we all know, Hadid and ex-boyfriend Joe Jonas split about three weeks ago. In his cover story for The FADER, Malik talked about how he'd been enjoying his new solo career and single life—the singer has been on the market since March after he called off his engagement with Little Mix's Perrie Edwards. Oddly enough, this event lead up to Malik officially announcing his departure from One Direction.

The source said that "they're just seeing where it goes," but another insider had more details on how to define the relationship. "I wouldn't call them boyfriend and girlfriend," said the insider. "But seeing each other? Definitely. He's chuffed."

You could say that this union is like two Pop-Tart-flavored human beings finding one another. Models and singers go hand in hand, and these two would definitely be Hollywood's next big It-couple. If this rumor is true, the world might have the potential to become a better place, after all.

To add more fuel to the fire, this would explain why Hadid's interaction with 1D on the AMAs red carpet last night was super-awkward. Tension was definitely in the air... Perhaps Hadid was even inspired by Malik shaving his head after his public breakup, so she decided to follow suit by debuting a bob. Similar to Hadid and Malik, we'll just have to see where this goes!