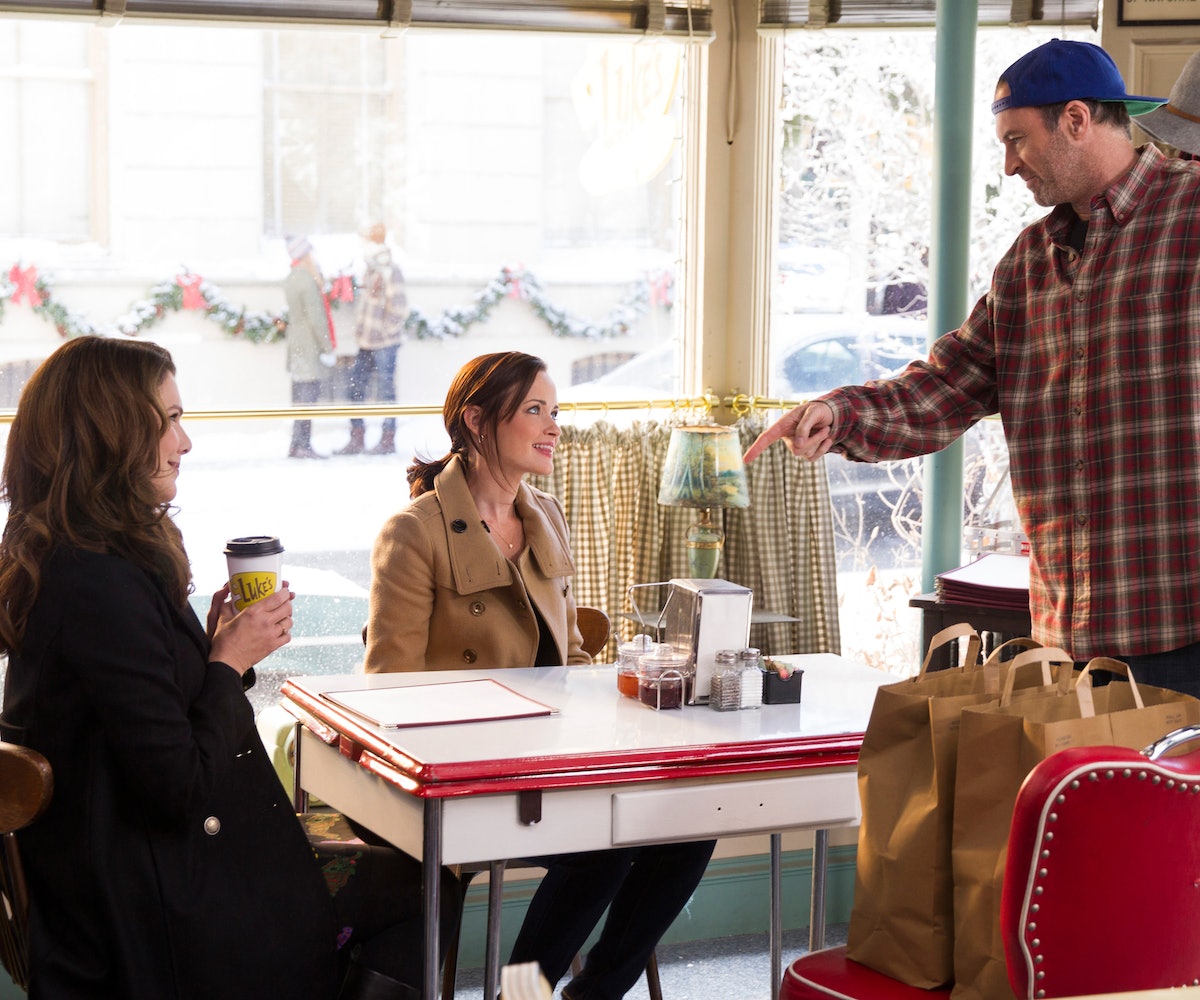 As if last year's near-obscene hype for the Gilmore Girls return wasn't enough, Scott Patterson, the actor who played Luke, is here with some more. He's launching his very own coffee brand. Life, as it seems, truly imitates art.

For those who don't know (and somehow avoided all the guerilla marketing last year), Luke owned Stars Hollow's diner, Luke's. There, he would serve Lorelai Gilmore and her daughter Rory enough coffee to fuel a racehorse. Part of the build-up for Netflix's four-part revival was turning a ton of coffee shops around the States into pop-up versions of Luke's. Gilmore Girls would not be Gilmore Girls without its coffee, which means you cannot have Gilmore Girls without Luke, the human caffeine IV.

In an interview with WealthManagement.com, Patterson revealed that Scotty P’s Big Mug Coffee is "almost ready to launch." He also revealed he's obsessed with the drink, saying it is "the thing I look forward to every morning and throughout the day and throughout the evening and now throughout the middle of the night." How very Gilmore.

Start your day with Luke's coffee and end it with Tituss Burgess' Pinot By Tituss—you'd really be living that television fantasy.

NEXT UP
Culture
Spice Girls May Reunite For King Charles’ Coronation
Culture
For The Girls Of Forever Magazine, What's Forever Is Friendship
Culture
TikTok Dating Advice Is Hell On Earth
Culture
13 Valentine’s Day Gifts Under $100
Style + Culture, delivered straight to your inbox.