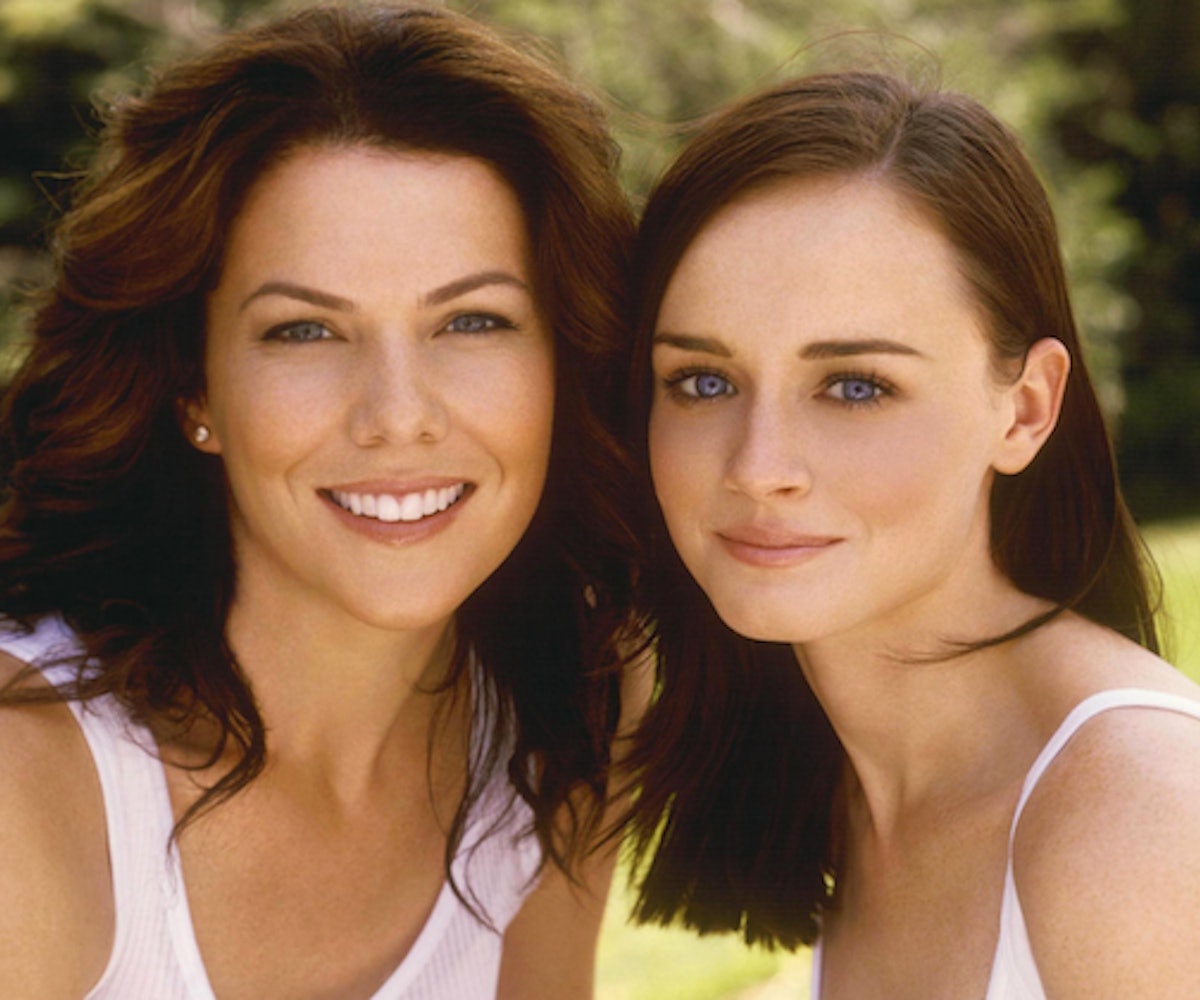 Between the shimmering Pacific ocean and the snowcapped San Gabriel mountains, lies a smoggy, grimy, bacchanal hellscape known as Los Angeles. But right now, in the heart of the concrete beast, a bucolic, painterly small town has sprung up on a lot in Burbank. It's called Stars Hollow, an idyllic little sanctuary that any fan of Gilmore Girls will recognize as the home of Lorelai and Rory Gilmore.

Though the beloved family drama ended nearly a decade ago, Stars Hollow has been totally rebuilt for the Netflix reboot, called Gilmore Girls: Seasons. The hugely anticipated revival is scheduled for sometime next year, and will revisit all your favorite Stars Hollow residents in the present day, eight years after they last said goodbye. It will unfold in four 90-minute episodes, one for each season of the year. By the looks of the photos, which include our first peek at Kim's Antiques, Luke's Diner, and Lorelai's house, not much has changed in sleepy Stars Hollow. As the old saying goes: If it ain't broke, don't fix it.

As of now, the photos have been removed by the powers that be, but HelloGiggles was kind enough to provide screengrabs. Click here.