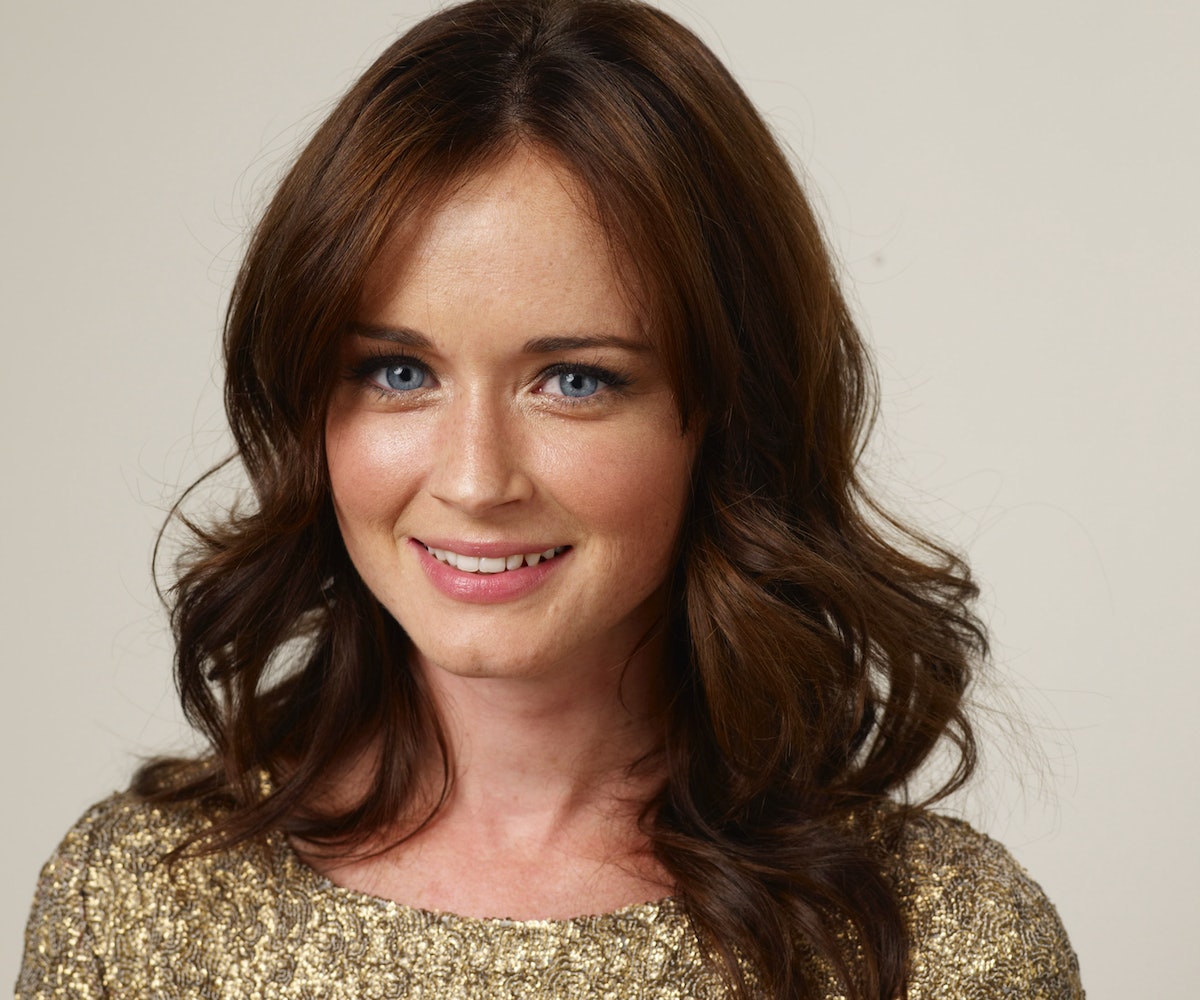 Filming for the Gilmore Girls revival has already come to an end, but that won't stop the cast from dropping major hints about what's going to go down in Stars Hollow.

Tanc Sade recently shared a photo on set with Alexis Bledel and Matt Czuchry. The caption reads "Chillin' with ‪#‎Rory‬ & ‪#‎Logan‬. Will they? Won't they? Hmmm" followed by several hashtags. (In case your memory is a little fuzzy, Sade played Finn aka Logan's Life and Death Brigade partner in crime.) See the snap, below.

So what does this mean? Once we found out that all of Rory's exes were coming back to town, we predicted that there would be some dramatic encounters. We tried to flesh out some of our own conspiracy theories about what might happen when they all eventually cross paths, but you can never be too sure. Even though this shot was taken behind the scenes, nothing looks like it's changed between Rory and Logan, and they look as happy as ever.

Did he finally get the one that got away? We'll have to wait for the grand premiere of Gilmore Girls: Seasons to find out.