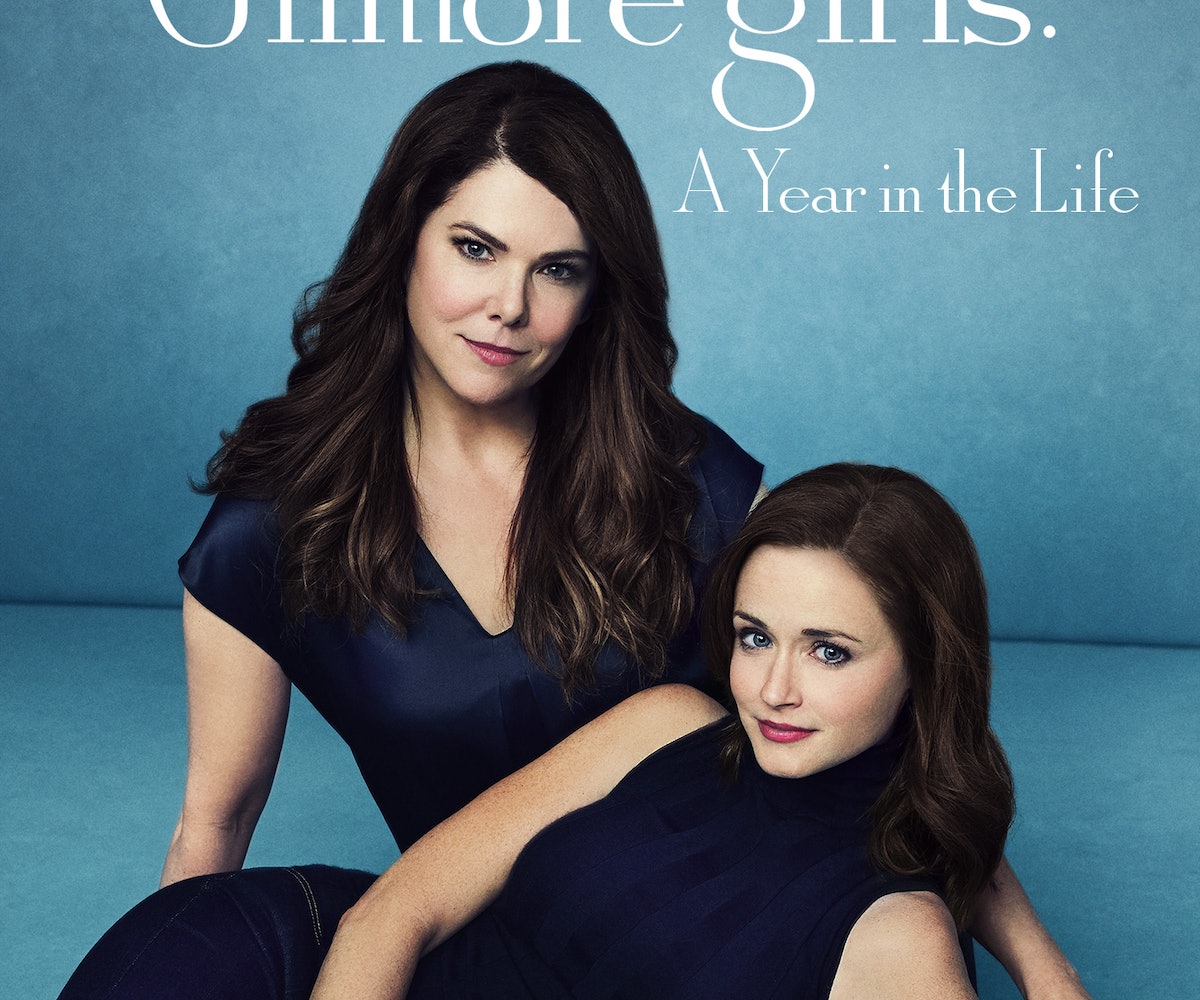 A week has now passed since the long-awaited, highly anticipated premiere of Gilmore Girls: A Year In The Life. When the original series ended in 2007, I felt like a part of me was gone. Where would I go to get all the mother-daughter advice that wasn't normally a part of my life? For the next nine years, I watched and rewatched the series on DVD box sets. When it was eventually added to Netflix's roster, I really felt like the fate of Gilmore Girls was sealed; there would be no more episodes. But then came rumors of a revival. Gilmore Girls star Lauren Graham kept being asked about it in interviews, and, seemingly before I knew it, the cast was back in production.

Leading up to its premiere, I committed to watching the entire series again. Not even halfway through the first season, it dawned on me how dreadful Rory Gilmore is. Seriously, she's one of the most terrible characters in television history. How had I not noticed this before? I was disturbed by how naive I had been all these years. I guess I had been so thrilled to see smart girls in the spotlight on television for once that I turned a blind eye to just what type of smart girl Rory really was. In the original series, all Rory ever seems to do is boss people around, whine when things don't get done the way she wants them to, and pout when things fall apart.

The further I advanced in my rewatch, the more my dislike for Rory increased. She's the epitome of white privilege, a spoiled brat who never really worked hard for anything unless pushed out of her comfort zone. (Usually by her nemesis-turned-friend Paris, for whom I have far more respect. At least Paris knew what she wanted and went after it with every fiber of her being.) So when the revival finally arrived, I assumed that it wouldn't be possible to dislike Rory any more than I already did. In fact, I had hoped that she'd redeem herself in A Year in the Life. Spoiler alert: That didn't happen.

For as long as we have known Rory, she has always been fixated on being a part of the elite. Rory's interest in getting to the top—whether that means only attending an Ivy League school or only working for the most prestigious publications—triumphs over everything else. Ironically, though, Rory doesn't have much of a self-determined drive to succeed. When she actually does go after things, it's only because competition pushed her to do so, like when she was in the high-pressure environment of her prep school. These types of environments didn't necessarily make Rory a better person, but at least they shook up her special snowflake mentality. The problem in the revival is that there's nobody there forcing Rory to be better.

I must admit that there were a few highlights in the revival, though. Watching the relationship between Lorelai and her mother Emily become repaired following the death of Richard, the family patriarch, had me in tears, and I thoroughly enjoyed the transition of Emily moving on with her broken life as a widow. It was made all the more poignant with the knowledge that this plotline was necessary due to the death of actor Edward Herrmann, but I think that Gilmore Girls creator Amy Sherman-Palladino handled it beautifully. (Side note: I find it hard to believe that Richard didn't leave Rory a huge sum of money in his will since she was the light of his life, but whatever.)

The strength of Gilmore Girls is that it always focused on the relationship between Rory and Lorelai, but the revival makes clearer than ever that we really only have a deep understanding of one of them. It makes sense that Lorelai has commitment issues with men and is overprotective of Rory because of Lorelai's own negative upbringing and subsequent unplanned motherhood as a teenager. Viewers may not always agree with Lorelai's behavior, but we understand it. She's complicated, but we can still have empathy for her, not least because of all the obvious sacrifices she made on behalf of her daughter.

As for Rory, there is no understandable explanation for any of her behavior. It's true that we have watched her grow up over the seasons, yet she hasn't seemed to mature. Rory has grown up into the kind of person who knowingly strings along a man, Paul, who she doesn't seem to care for at all for two whole years. Thankfully, Paul finally decides to dump Rory in a text message. The fallout from this is revealing: Rory admits that she's a sucky person for treating him so horribly, but Lorelai immediately shifts the blame from Rory and says that Paul just hasn't found the right girl yet. It's a classic example of Lorelai enabling Rory's bad behavior, and it reveals a lot about their relationship—and little of it is good.

Everyone is always in denial when Rory does something they disapprove of and ignores her bad behavior because they all hold her up on this pedestal. Rory is supposed to be a success story, a representation of Stars Hollows' cream of the crop. Part of me wants to believe that this is the root of Rory's issues, and perhaps it's an insecurity that has yet to be dissected on screen. It's one thing to lose a job or feel like you haven't found the right one, but to not have secured at least one full-time job out of pure laziness is unacceptable. The fact that she freelanced a few pieces is great, but she doesn't have the hustle in her that is necessary to make a career in journalism. (Take it from four real-life journos.)

I'm sure that many fans are probably disappointed by the ending of A Year In The Life when Rory announces she's pregnant because it's clear that she's not ready for this step. Rory doesn't know what it means to struggle, and motherhood is all about sacrifice. Maybe Rory can be inspired by watching her best friend, Lane, raise the twins that resulted from an unplanned pregnancy. Or perhaps seeing Paris go through a divorce will help Rory understand what it takes to raise a child alone.

Rory is 32 years old in the revival. This is the same age that Lorelai was when the show originally began. Lorelai got pregnant with Rory when she was 16, and now Rory is pregnant at twice that age. The differences in their life experiences could mean major differences in how Rory parents compared to her mother, but only time—and more episodes—will tell. Word on the web is that more episodes post-revival could be in the works, but I'm not sure that I will want to watch them. I no longer have questions about what happens to Rory because, to me, it's not worth caring about her anymore. Although maybe if she followed in her mother's footsteps and pulled a Lorelai by leaving everything she knows behind to start anew, I could get on board. Rory still has a lot of growing up to do; I'm just glad that everybody sees it now.