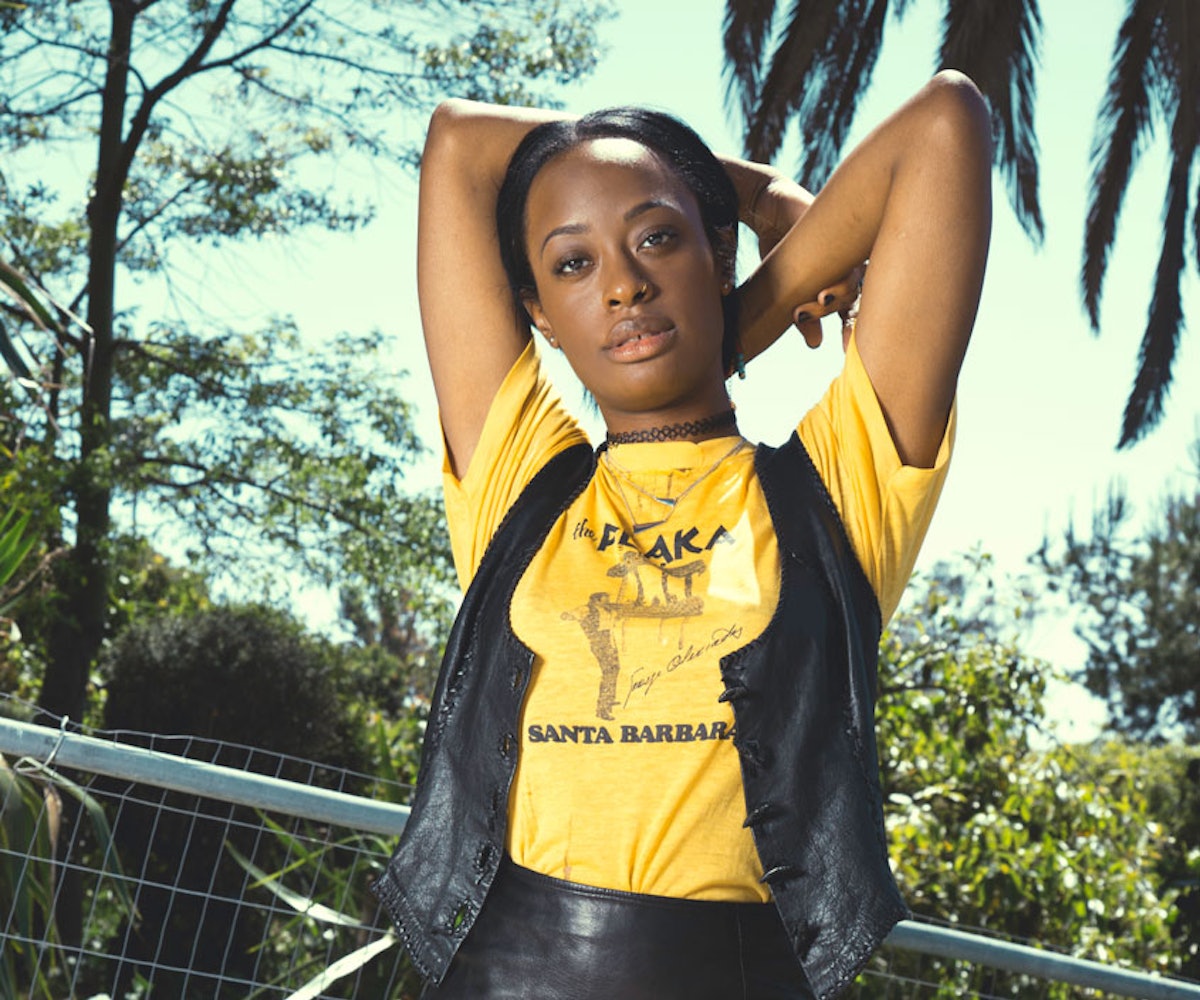 With a buzzy debut mixtape and a nod from none other than Childish Gambino, Arkansas-born rapper Kari Faux has arrived.

Kari Faux recognizes, in a totally un-pretentious way, that she can be the life of the party. But really, it’s not the scene this 22-year-old rapper seeks. “I literally don’t need anybody to have fun,” she explains. A self-proclaimed “introverted extrovert,” Faux doesn’t want to be idolized by her fans, nor does she idolize her own faves (including art legends like Frida Kahlo). Faux eschews celebrity crushes—although she’ll acknowledge Ryan Gosling has a good face. She’s allergic to “hype cycles,” even her own.

Originally from Little Rock, Arkansas, Faux got her start plugging away on her computer and learning how to produce beats with her pal and collaborator Malik Flint (Black Party). Eventually, her musical aspirations led her to Atlanta, where she quickly rose to prominence on the local circuit. Last fall, Faux relocated to L.A. after the summer release of her debut mixtape, Laugh Now, Die Later. Her zeitgeisty hip-hop and Internet-culture references, as well as her minimal production, put her on the map in a huge way. But beyond the blog fanfare, Faux garnered something even more powerful: a co-sign from prominent rapper Childish Gambino. Gambino remixed Faux’s song “No Small Talk” on his STN MTN mixtape and then later starred in her video for “Gahdamn,” which received more than 100,000 views online.

Faux is coming up during a precarious and political time, and while her music may be apolitical, she’s not. As a black woman, she can’t be: “I’ve had run-ins with the police…an officer grabbed me, used force. I know how that feels, so to see people dying, knowing that could have been me? It sucks. It’s heartbreaking. What do you do? It makes me feel helpless. I could have easily been a hashtag.”

Despite the helplessness, or perhaps in spite of it, Faux’s deeply self-mastered. She knows herself, which helps her interact with others: “I know who I’m dealing with and how to deal with them.”

Faux likes L.A., but her home state of Arkansas is another story. Citing recent legislation that made it into the national news because many, Faux included, found it anti-gay, she says the state just isn’t progressive enough for her. For someone like her, a black woman from the South, a musical enigma whose recent brush with notoriety has given her the momentum she’s always wanted, Faux only has one goal: “I just wanna be myself…and not be a created thing.”