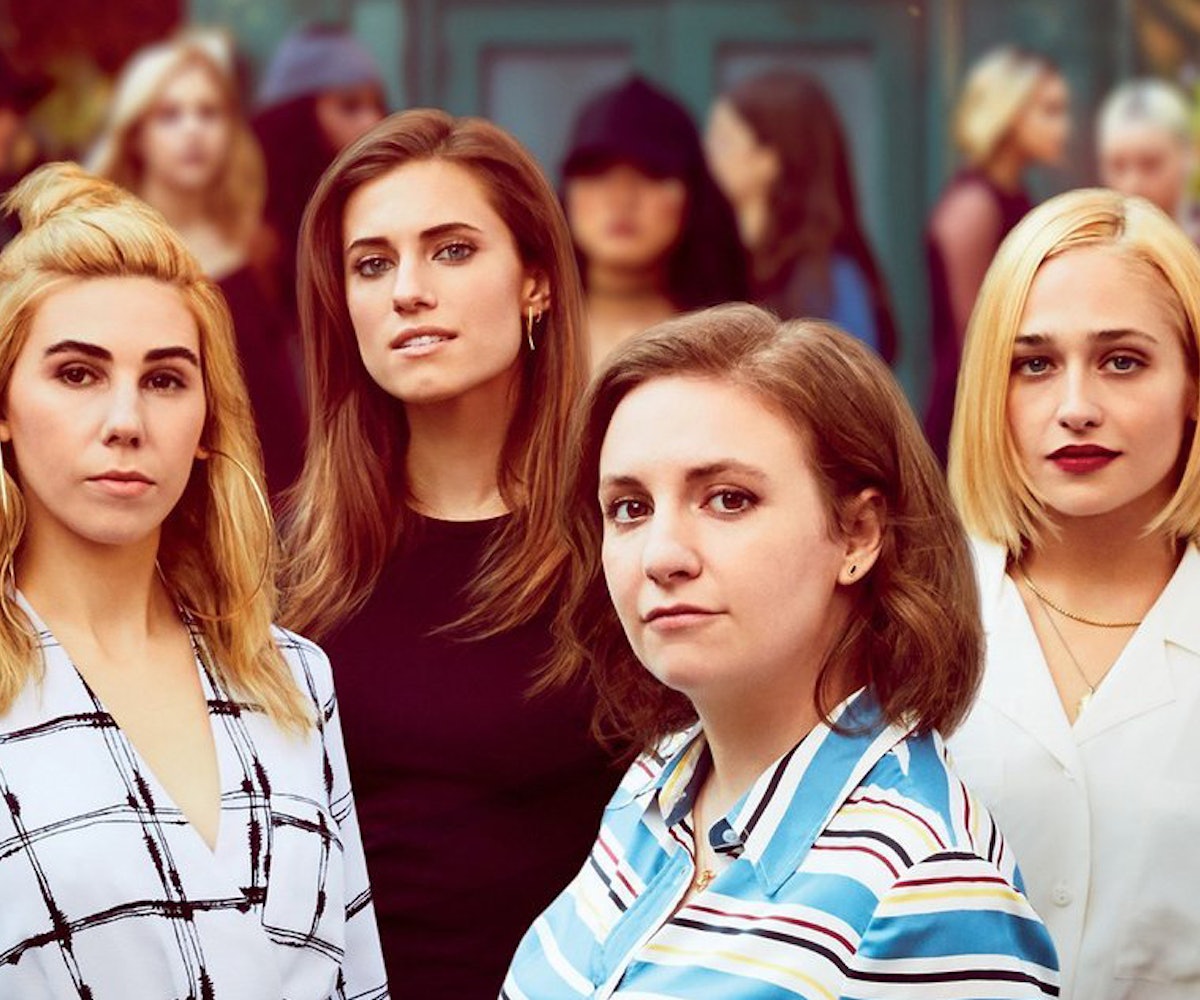 Polarizing opinions aside, HBO's Girls captured the listlessness of the millennial existence quite well. Despite all its downfalls, its overall portrayal of growing up and figuring things out was pretty relatable. We've seen the characters played by Lena Dunham and her costars try and fail. We've seen them fall in out of love. We've seen them get older and grow up, though that latter term is subjective and doesn't necessarily parallel the act of aging. Perhaps this season, its last one ever, will find Hannah, Marnie, Jessa, and Shoshanna gaining some semblance of the authenticity they so long for. Though, whether they're aware of it or not, they've learned a few major things about what it means to grow up. It's not easy, for one thing, though with the right attitude and some humility, entering adulthood actually might all begin to make sense. That is until it doesn't. Life is cyclical, after all. Here, then, are some other life lessons about growing up that we've learned alongside the girls of Girls.

Best Friendship Are Not Forever

It's unfortunate, but it's true. We've seen the four girls of Girls go through high highs and low lows. Best friends, like Marnie and Hannah, don't stay that way. They evolve and grow because, like all things, friendships take work. What you put in is what you get out. Within the past season, Hannah and Jessa's friendship has been turned on its head because interests change and boundaries are modified. But a life so rocked by a BFF relationship is hard to shake. The "best" may be dropped, but the friendship—the innate sense of worry and care you feel toward that person or group—remains.

Your Parents Are Human Beings, Too

Crazy, right? There comes a moment in (mostly) every child's life where they realize their parents have lives and interests outside of being parents. In Hannah's case, it was her dad's coming out as gay that lifted the veil. Suddenly, she was talking about love, sex, and dating with her mom and dad in a more friend-style way than parent-to-child way. Seeing your parents as individuals with unique hopes, wants, needs, fears, and history is a graduation of sorts. It inspires empathy.

Not Having It Together Is Fine

Let's be real: All four of Girls' main characters don't have their lives figured out. There's an immense pressure these days for 20-somethings to be super successful early in their careers. The bar is high, and more often than not, we're the ones who have set it there. What Hannah, Marnie, Jessa, and Shoshanna never did, though, is get so far down on their luck that they gave up. They kept going, embraced the mistakes and setbacks, and tried. Trying is the best we can do, really. Try until something clicks.

Your Plans Will Fall Through

Shoshanna's optimism got her far, but it couldn't prevent her from realizing that her life wasn't going to pan out the way she had imagined. She jumped the New York ship into a job she was interested in, but life has a funny way of showing that perhaps you made the wrong choice. Hannah's writing career, too, hasn't been a home run yet. But both girls have, through hard lessons, come to accept the curveballs that will be thrown their way. Having plans and making goals is incredibly vital to growing up, but know that they won't always manifest exactly how you think.

Hello, understatement of the year. Love in all its forms is never easy and will almost definitely shake you to your core. If there is anything to be gleaned from watching the relationships unfold on Girls, it's to let love happen. Marnie is a fabulous example of this: She's uptight and has a strong idea of what she wants and how she wants it. Charlie was it—until he wasn't. Desi was it—until he wasn't. Had Marnie not let her guard down, she wouldn't have gotten married. She also wouldn't have spent a fantastical day with Charlie, her ex at that point. She's embraced all of love's nuances, ridden the wave, and has grown to understand expectations usually are never met. Once you accept that, the adventure unfolds on its own.