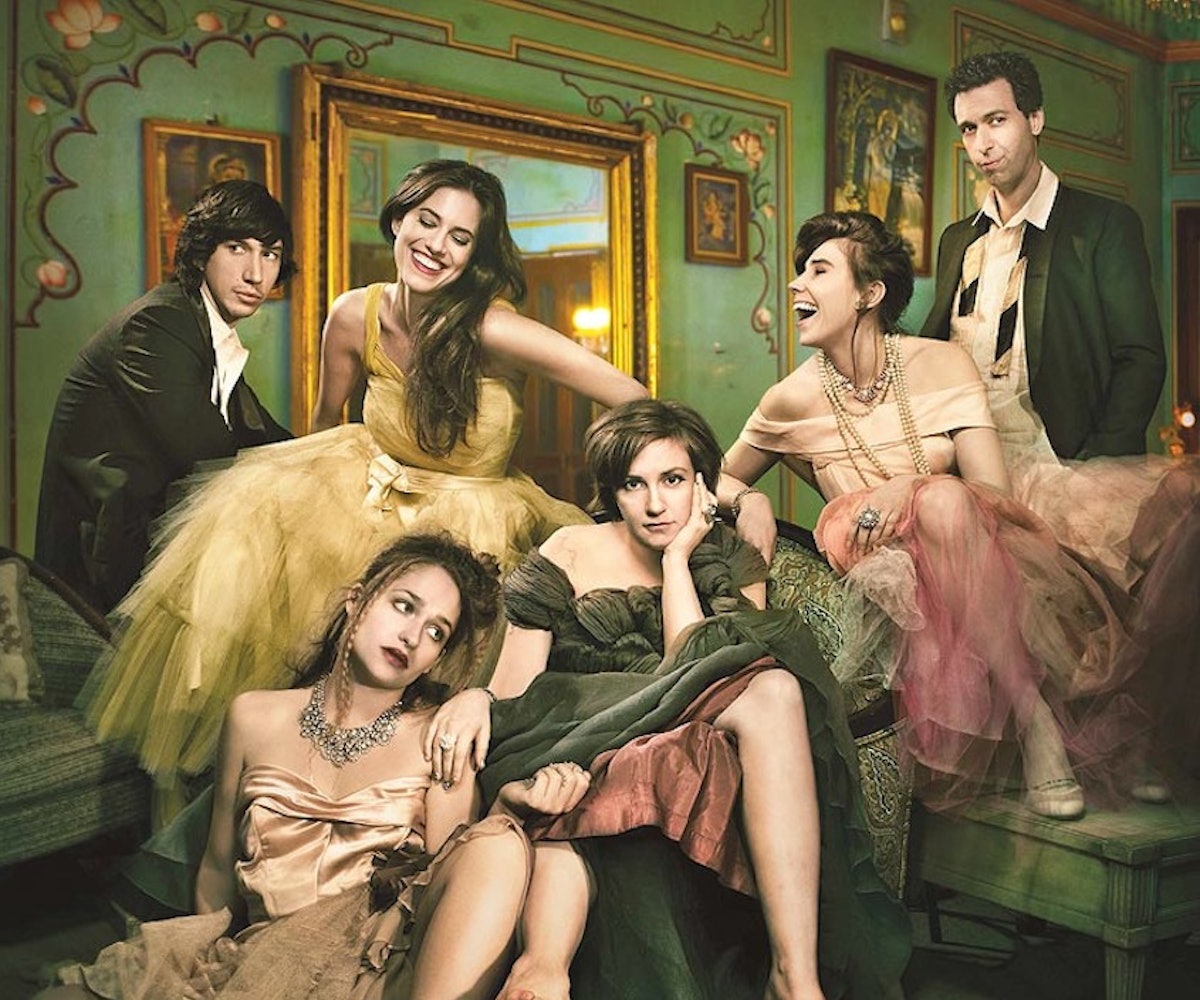 All season long we've been keeping you up to date on the weirdest, funniest, and most awkward moments of Girls. But considering last night marked the show's season three finale, leave it to this one to really take the cake...and leave us feeling all, "WTF just happened?!" Yes, still.

There's no doubt that the series itself has undergone a drastic change since it first began back in 2012--more on that later--and this time, we can really see all of the characters' major life changes come into play. They're still making mistakes (lots of them), but rather than the sort of "no big deal, laugh it off" type of thing we've seen in the past, this time there are some major consequences.

Most seriously, there was Beadie asking Jessa to help end her life. But she's not the only one messing up.  Shoshanna also failed a course and now can't graduate; Marnie hooked up with not one, but two guys with girlfriends; and Hannah and Adam are stuck at a pivotal relationship crossroads. Yep, the lightness (and perhaps relateability?) that set Girls apart in the beginning is now on the backburner, and the characters have each developed a sharper edge--sometimes at the expense of each other.

There's so much to digest here that we're swapping our classic Girls recap for the ultimate roundup of everything you need to know about "Two Plane Rides." Read on for the biggest moments, and tell us what you think about the finale on Facebook!

Adam's sister Caroline is currently dating Hannah's creepy neighbor, Laird. Not only that, but she thinks she might be pregnant?

Jessa's boss Beadie wants her to get drugs to help her commit suicide. In fact, that's why she hired her. Thank God Beadie decides she wants to live in the end...but was it just us, or did this whole subplot seem unnecessary? It's not as though this is a show lacking in drama.

Shoshanna can't graduate, because she failed a class. Definitely a far cry from the Type-A Shosh we met way back in season one....

Hannah is accepted into the Iowa Writers Workshop--which is HUGE. But given the fact that the entire show is about Hannah trying to make it in New York City, what will happen if she actually decides to leave it?

Marnie, continuing her streak of becoming the least likeable character, finally admits to Shosh that she slept with Ray--"like, more than once." This time, we totally don't blame Shosh for throwing a tantrum.

She's been trying to kiss Desi all season, and now, during the opening night of the show, Marnie finally gets her wish. She seduces him by giving him a pick from James Taylor, because "I know that he's a hero of yours, both in his music, and in the honest way he lives his life." *Cue groans*

How perfect is it that not only does Clemtine know about Marnie and Desi, but she confronts her while she's wearing basically the same dress?

Last but not least, Adam and Hannah break up. Again. This final moment ("Can’t one thing ever be easy with you?" Adam says to her, exasperated) left us feeling squeamish, unsure, and a little bit gypped. Somehow we don't think Hannah will end up at Iowa, but even if she doesn't, what's going to happen to Hannah and Adam? Do we still care?