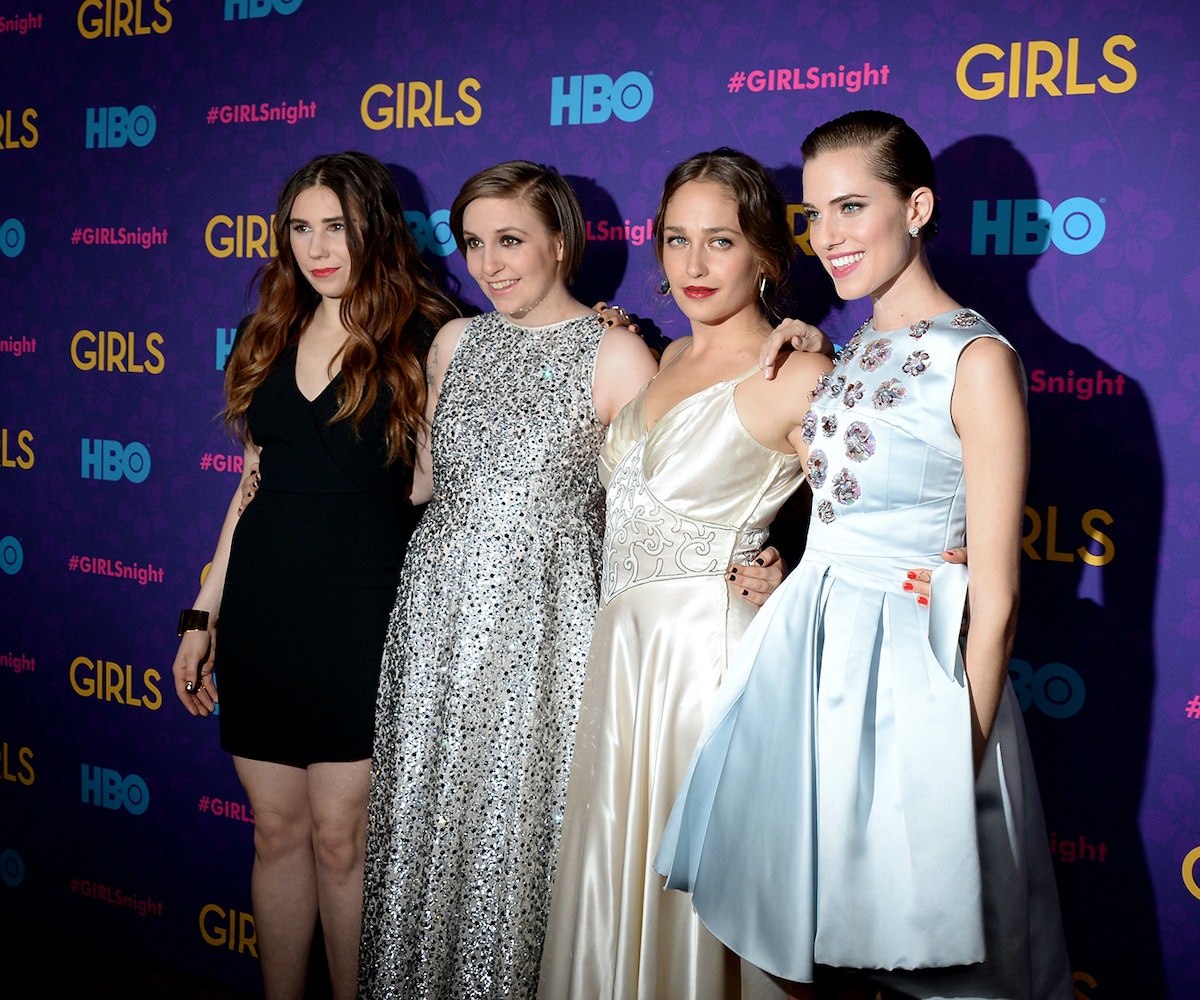 You didn't think the freezing temperature was going to stop the cast of Girls from getting dressed up and partying to celebrate the premiere of season three did you? While the show kicks off its third season on Sunday, the cast and its fashionable guest stars celebrated a few days early, and we're pretty glad they did. How else would we have enough time to round up our besties and plan our Lena Dunham-inspired outfits for our premiere party on Sunday eve?!

Aside from Dunham in sparkly Rochas, our red carpet highlights include Allison Williams in Dior, Kim Gordon in Rodarte, and Karlie Kloss in Calvin Klein. But don't just read about our favorite looks, see them all in the gallery!

Jemima Kirke in Geminola with Lulu Frost Earrings and Bracelets