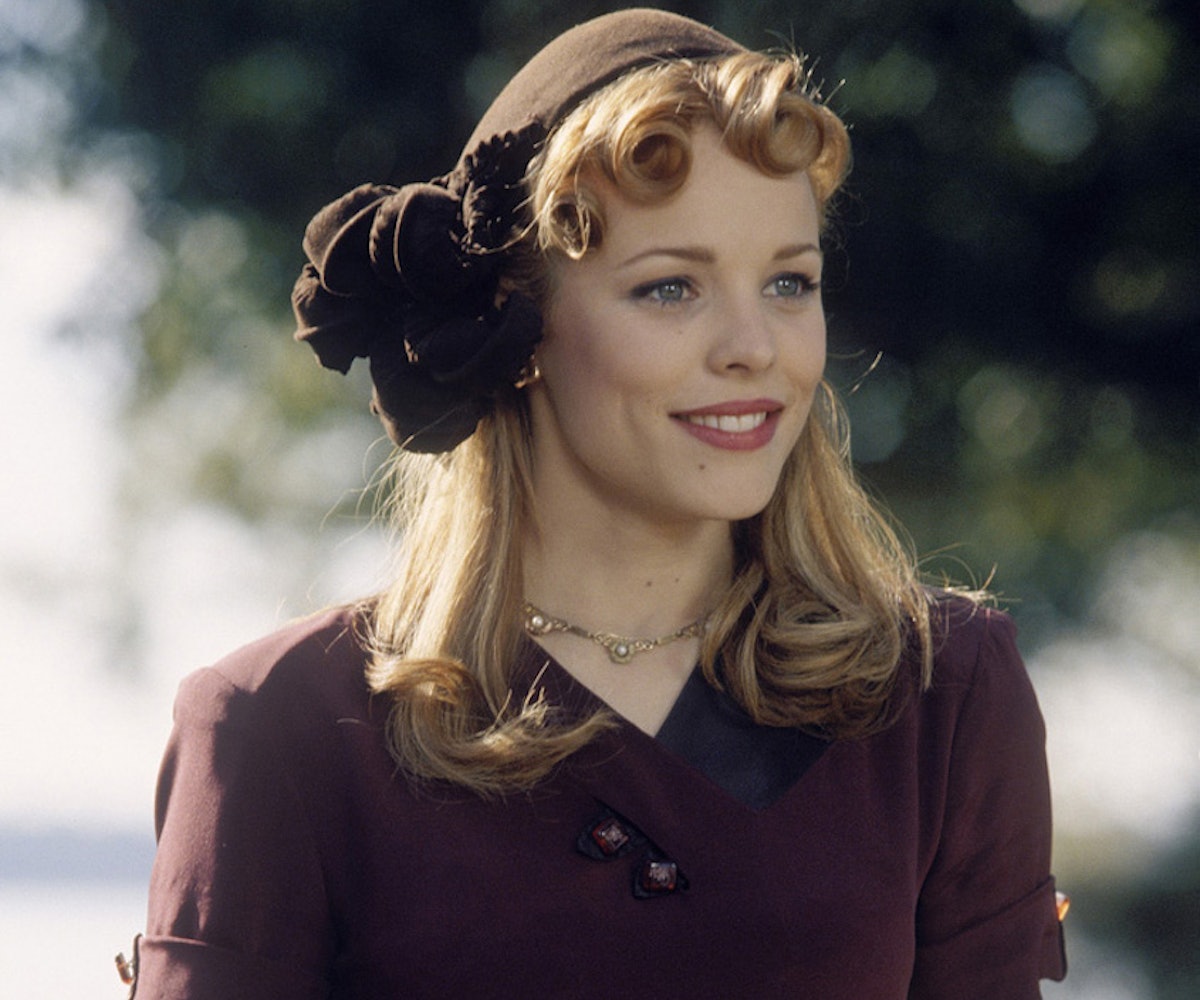 The thing about a protagonist is that we love them, no matter what sort of horrible, awful, life-altering decisions they make. The nature of filming and the tendency to align the perspective with the "good guy" helps viewers forget that the good guys (and girls) in some of our favorite, classic movies make terrible, unforgiveable mistakes—like murdering innocent people, being an awful friend, and just having a really nasty attitude. From a distance, some classic characters aren't very kind at all, which is why we made this list. Don't let 'em live it down, guys.

Sarah, the plucky heroine of The Labyrinth, is so confusing that the villain of the film actually sings a song about how he has no idea what the hell she wants, because he has given her everything she asked for. All Sarah does is dream about being a powerful, smart queen in a fantasy land, so much so that she treats her parents cruelly when they ask her to babysit her brother. So when she begs David Bowie to take said brother away, he does. And when she begs for him back, he gives her a chance, and then eventually relents. And although he was a totally babely David Bowie (who was definitely a child predator—Sarah was 15, but this is high fantasy and queens got married at all sorts of ages, right?) and asks her to marry him and rule beside him, she refuses. She actually gets everything she asks for, and is still pissed off. Also, why would Sarah ever want to go back to the Toronto soundstage she lives in instead of ruling over a Jim Henson wonderland?

Word, Simba, your pops died, and that is super sad and we are feeling for you and everything, but you grew up with the expectation that you have the responsibility to be king. (Evidence: Continued proclamation that he "just can't wait to be king.") Besides being a self-centered and privileged brat, Simba does indeed suffer a blow when he believes his father's death is his fault, but instead of taking responsibility, he flees to the forest to hang out with his bros and eat grubs. For years. While everyone starves. And he still refuses to come back when he is confronted with said desolation. But, you know, hakuna matata.

After finally donning his iconic red cape and becoming the hero he was destined to be, Superman is ready to do battle with his arch nemesis, General Zod. His arena? A major population center! Instead of taking the fight to the arctic, or you know, outer space, the two Kryptonian powerhouses duke it out in the heart of Metropolis, the very city Superman has sworn to protect. The result? Untold casualties and like a bajillion dollars in property damage. Nice one, Supes. He didn't even get nicer in the sequel!

Actually, everyone in The Notebook is horrible, but Allie is especially so. Indeed, true love is all-powerful, yadda yadda, but Allie breaks poor Lon's heart because she agreed to marry him while being in love with another dude. She cheats on him because the other guy obsessively built a house for her—and he is happy to take her back because he loves her, which is kind of better than she deserves...?

Okay, so it is a little unfair, because Tom is perpetually trying to kill Jerry. But Tom is a cat and Jerry is a mouse, and whether or not we like it, a cat killing a mouse is the natural order of things. A mouse frying/eviscerating/decapitating a cat is just plain cruelty.

I don't know about that lightsaber-wielding Yoda in the newer Star Wars (because, um, apparently a mere 20 years makes a huge difference to your mobility and combat tactics when you are 900 years old?), but in the earlier incarnations, Yoda is kind of a jerk. Besides his impish demeanor and comic relief during his earlier interactions, he is a constant source of doubt for Luke as he develops his abilities. He tells Luke to leave his weapons behind when he faces the Darth mindfuck, but thank goodness Luke doesn't listen. And when his friends suffer—because compassion is apparently something the Force isn't into—Yoda is all, "Decide you must, how to serve them best. If you leave now, help them you could; but you would destroy all for which they have fought, and suffered." The lesson learned? Don't listen to Yoda. He's trying to kill us all.

When Morpheus first meets Neo in The Matrix, he talks about this thing that Neo knows but can’t explain, describing it as “a splinter in your mind, driving you mad.” For viewers, that splinter is the Mobius strip of pop psychology that comes farting out Larry Fishburne’s mouth for three feature films and one video game. At their core, the machines basically wanted to live with us all peacefully, in a symbiotic relationship, until Morpheus is all like, "No, let's live in the real world and look like a bunch of Burning Man rejects and eat horrible coagulated gruel."

Carrie is a good friend, but she's also a bad one. She has zero sense of money and the one time she has to actually face that fact, Charlotte steps in and gives her a ton of cash that she never pays back. Instead, she buys shoes. Or when Samantha told the girls about her chemotherapy, Carrie turned the conversation around to herself (like she usually does) and bitched about her relationship with "The Russian." Don't forget, she blamed Miranda for Big not marrying her the first time when really it was all her fault and made her friend's wedding day all about her by breaking up with Aiden. Not a nice human.

Oh, big, scary alien in the jungle, right? He's gotta be horrific, killing all those poor, innocent American soldiers who are just on their way to rescue an operative. Except, Dutch and his crew were on a black ops mission reeking of Cold War-era double dealings, and the Predator is only going after the soldiers who are armed and have the intention to kill. (Please note: Anna is unarmed and also unscathed.) Dutch and Co. go in and decimate an entire camp of Soviet-affiliated humans, and then are surprised when the Predator identifies them as worthy opponents. The Predator can, at least, determine the difference between killing innocents and warriors.

Runners-up: Jar Jar Binks, Batman, Woody from Toy Story (only the first one).

Maybe she comes from humble beginnings, but Andie Walsh is rich in admirers. Of course, she is—she’s got a cry face that could light up a room. Really, nothing is good for Andie and being halfway decent to people seems like a pain in her butt. Someone buys her a second-hand dress; she scolds them for spending too much. Someone offers their love; no, she’d rather hang out with the douchey prepster who already screwed her over once. God, Andie, get it together.

Go ahead and hate. This one comes straight to us from our own (aka your own) Facebook comments. Wishy washy, clingy, and harshly judgmental of her own mother, Lorelai Gilmore is guilty of many kinds of jerky behavior. From stringing along Luke against her own best judgement, to periodically going back to Christopher for no good reason, to dragging Emily all day every day in front of everyone, she never just let people live, dammit. Oh, and she could eat everything and never gain weight. We hate that.

According to the films and J.K. Rowling's novels, Lilly Potter, Harry’s mom, fell for James Potter, Harry’s dad, because of his charm, his boldness, and a gentle side that only she could see. According to us, he’s a big old bully who pushed around poor Severus Snape just to get his rocks off, broke the rules for fun (not for principle), and conned the loveliest girl in all of Hogwarts into loving him with his smile and bravado. He’s that LAX jock you dated/wanted to date in high school. Sure, he “grew,” but even Harry was wary of the saint status bequeathed to him.

All The “Friends” To Ross, Friends

What’s up with Ross? Why do the other “Friends” spend all day tearing him down? Well, maybe it’s because he has a truly interesting and fascinating job. Oh, wait, no. Maybe it’s because he dates interesting, beautiful women (Rachel excluded). That can’t be it. Maybe because he’s over 30 and has his own apartment, or because he has a great education or actual monkey. Nooo. Maybe it’s just because Rachel, Monica, Chandler, Joey, and Phoebe are jerks who’ve caused the downfall of Western Civilization. Yep.