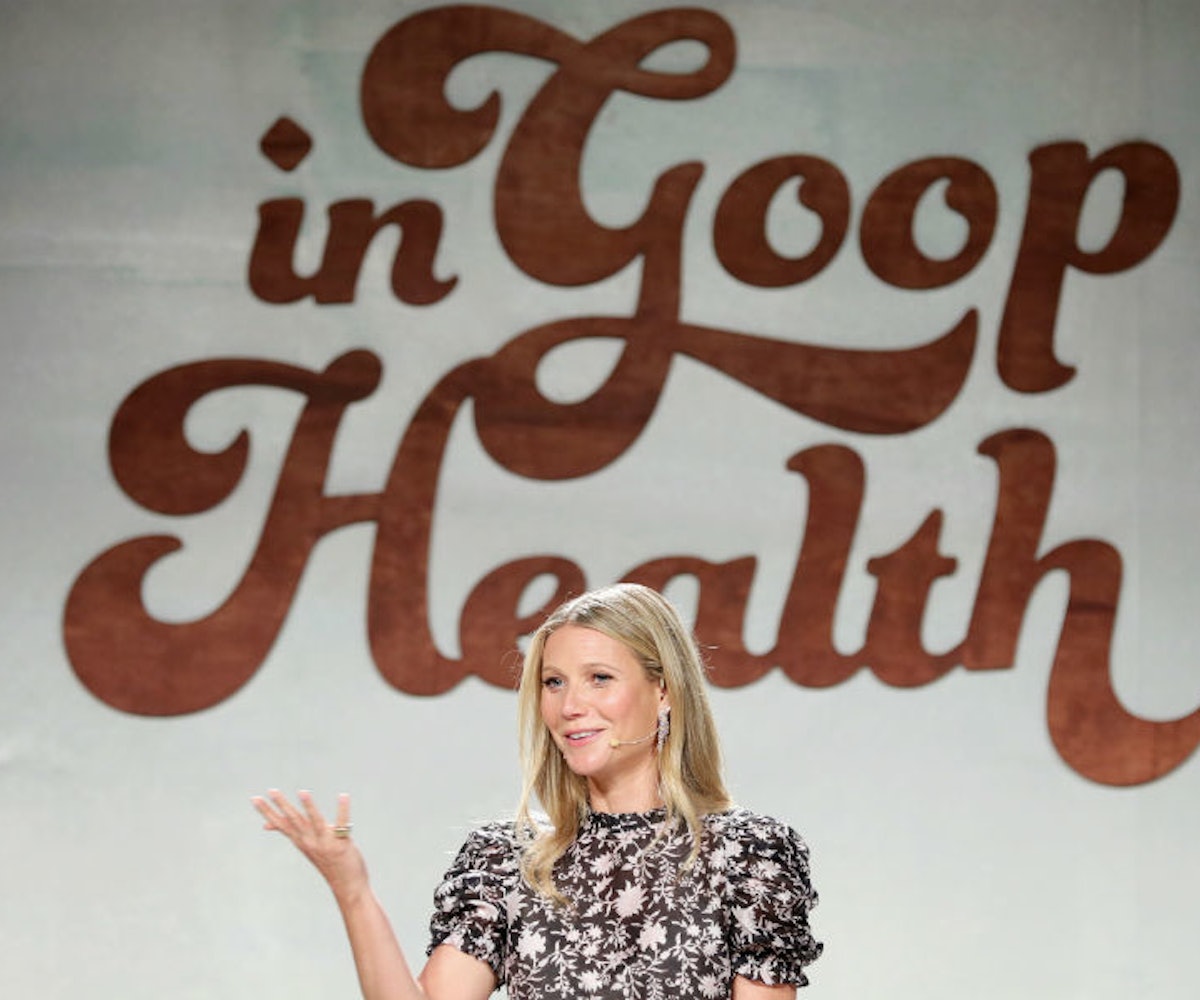 There are a couple of reasons why Gwyneth Paltrow’s Goop is described in a recent profile by The New York Times as “the most controversial brand in the wellness industry.” One of which is that the website often touts “deceptive” health claims that have gotten Paltrow in hot water in the past. Hopefully, though, not for much longer as she recently announced that she’ll be hiring a fact-checker.

Writer Taffy Brodesser-Akner explains that “after a few too many cultural firestorms,” (aka complaints) “and with investors to think about,” Paltrow made some changes. On top of a fact-checker, the brand is also bringing on a lawyer, an editor, someone with a Ph. D. in nutritional science, and a director of science and research. Paltrow sees the additions as a “necessary growing pain” and something she resisted for a while.

The brand was previously in talks to make the print magazine with publishing powerhouse Condé Nast. Paltrow decided against it at the time because of “the rules of traditional magazine making,” which include, you guessed it, fact-checking. “Goop wanted Goop magazine to be like the Goop website in another way: to allow the Goop family of doctors and healers to go unchallenged in their recommendations via the kinds of Q. and A.s published, and that just didn’t pass Condé Nast standards,” Brodesser-Akner writes. “Those standards require traditional backup for scientific claims, like double-blind, peer-reviewed studies.”

Why, you ask, was Paltrow willing to allow experts to recommend bee-sting treatments, that would later kill one woman, and advise readers to stick jade eggs up their vagina and coffee up their butt? Because it drove traffic to the site, as she explained to a group of Harvard students. “I can monetize those eyeballs,” she said, insisting that it’s never clickbait. “It’s a cultural firestorm when it’s about a woman’s vagina.”

Despite the criticism the brand faced for putting false information out into the world, Paltrow never did understand the problem. She claims that they’re “never making statements,” but rather, as Brodesser-Akner puts it, “asking unconventional sources some interesting questions.” Well, looks like now those “interesting questions” will require factual answers.

Read the full interview over at The New York Times.