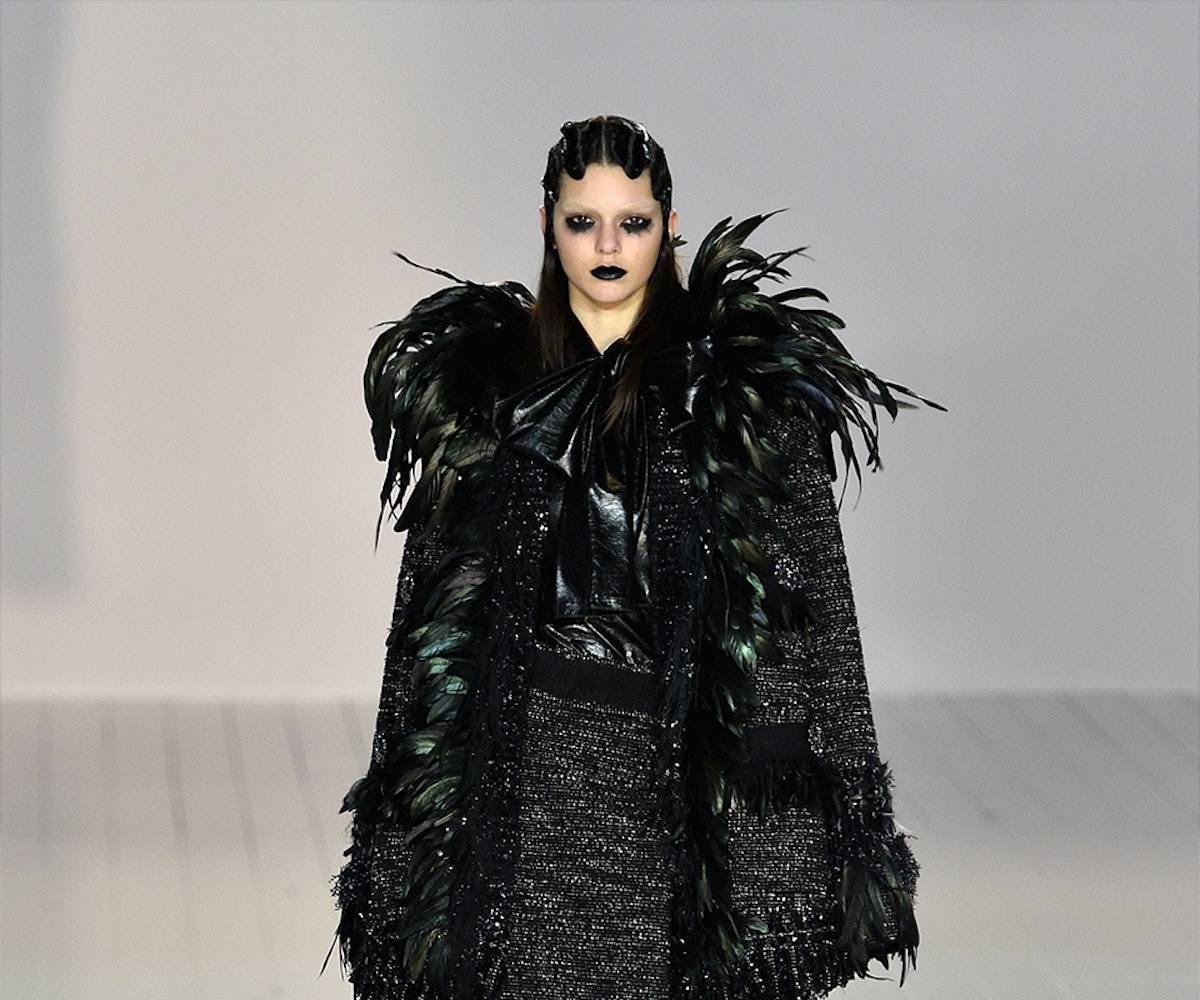 There’s no doubt about it: Goth style is more mainstream than ever. Long gone are the days of the term only belonging to high school outcasts (not to mention, there are now much chicer places to shop for a witchy wardrobe than Hot Topic).

Nowadays, the idea of being goth has become more of the norm, with multiple subcultures emerging from it—from health goth to Victorian, gothabilly, and more. We now see gothic glamour being channeled everywhere from the runway to magazine spreads and the red carpet, worn by a number of our favorite leading ladies (some you wouldn't ever expect).

We rounded up our favorite girls at the moment when their goth game was at an all-time high, whether they truly embraced the darkness at the time or just played the part. Click through the gallery below to get some serious goth-spiration.

Lady Gaga was the queen of goth dressing during the Born This Way era.

Gwen Stefani nailed it at the 2015 AMAs in this sheer, batwing dress.

Katy Perry showed up at the Givenchy Fall 2016 show looking like a goth princess.

FKA twigs channeled some serious goth sex appeal in her spread for The Wild magazine back in 2014.

Everyone went crazy for this totally badass spread Rihanna did for 032c back in 2013.

Okay, okay, so maybe she's not wearing black, but Rooney Mara looked ghostly (and gorgeous) at the 2016 Oscars.

Gigi Hadid was at her spookiest when she walked Rihanna's Fenty Puma Fall 2016.

We're loving this new, edgy side of Taylor Swift. That lipstick!

Emma Watson channels goth royalty in the November 2015 issue of Vogue Italia—complete with a pet raven.

Beyoncé stunned us all in this beautiful high-collared robe in her video for "Jealous."

Anne Hathaway was a total gothic dream in her September 2011 spread for Interview.

Rihanna making an appearance on this slideshow a second time, looking like a total badass at her Anti album art reveal.

Mary-Kate and Ashley Olsen dressed gothic-regal at the 2015 Met Gala.