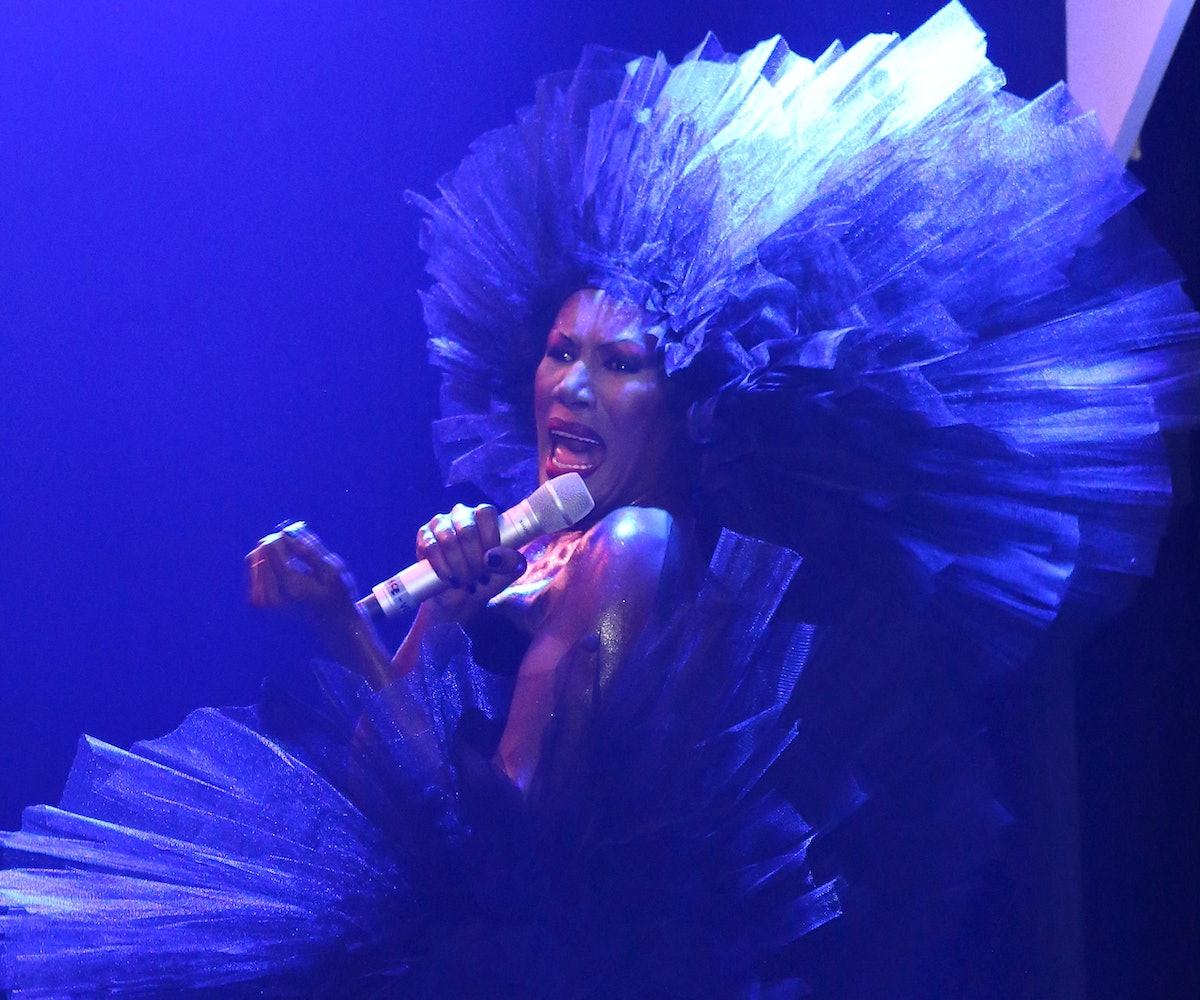 Fans of basically every female pop star best shield their eyes, because the original avant-garde woman behind the mic is dropping cannonballs on the current generation of Billboard-charting women from 50,000 feet up. Time Out London has published an excerpt from Grace Jones’ forthcoming autobiography in which she calls out Miley Cyrus, Nicki Minaj, Beyoncé, Rihanna, and more, calling them unoriginal, lacking in vision, and basically dust mites with recording contracts. Feel the heat.

“The problem with...the Nicki Minajes and Mileys is that they reach their goal very quickly. There is no long-term vision…They dress up as though they are challenging the status quo, but by now, wearing those clothes, pulling those faces, revealing those tattoos and breasts, singing to those fractured, spastic, melting beats—that is the status quo. You are not off the beaten track, pushing through the thorny undergrowth, finding treasure no one has come across before. You are in the middle of the road.”

Those are some hot takes, and understandable, considering that Jones was doing a lot of what these younger performers market as transgressive a quarter of a century ago.

But that, thankfully, is not all. Also in her I’ll Never Write My Memoirs (nice title, Ms. Jones), she writes of a pop star who wanted to collaborate with her. She calls the unnamed signer, “a baby in a closet full of other people’s clothes, a little girl playing dress-up, putting on shoes that don’t fit...She looks lost, like she is desperately trying to find the person she was when she started.” Really, if you put on your hate goggles, that could be any number of singers.

Now, we’re not saying we don’t love our Mileys, Gagas, and so on, but Jones has some valid points. The borders of what is and is not transgressive have moved. While it’s great that Miley Cyrus and others can now exhibit the same kind of public behavior male rock stars have played with for almost 50 years, it’s also not as challenging as we’d like to think it is. In a way, it’s all very much a part of the establishment—not that we don’t enjoy it highly.

More than that, we agree that sometimes, these talented young women can become overwhelmed in their own images, their own clothes when, often, all we really need or want from them is authenticity.

Whatever you, personally, think of what Jones said, remember this—as professor emeritus of transgressive female pop stars—she has a right to say it and deserves to be heard. I’ll Never Write My Memoirs comes out September 24 and there is just no way we're missing that.