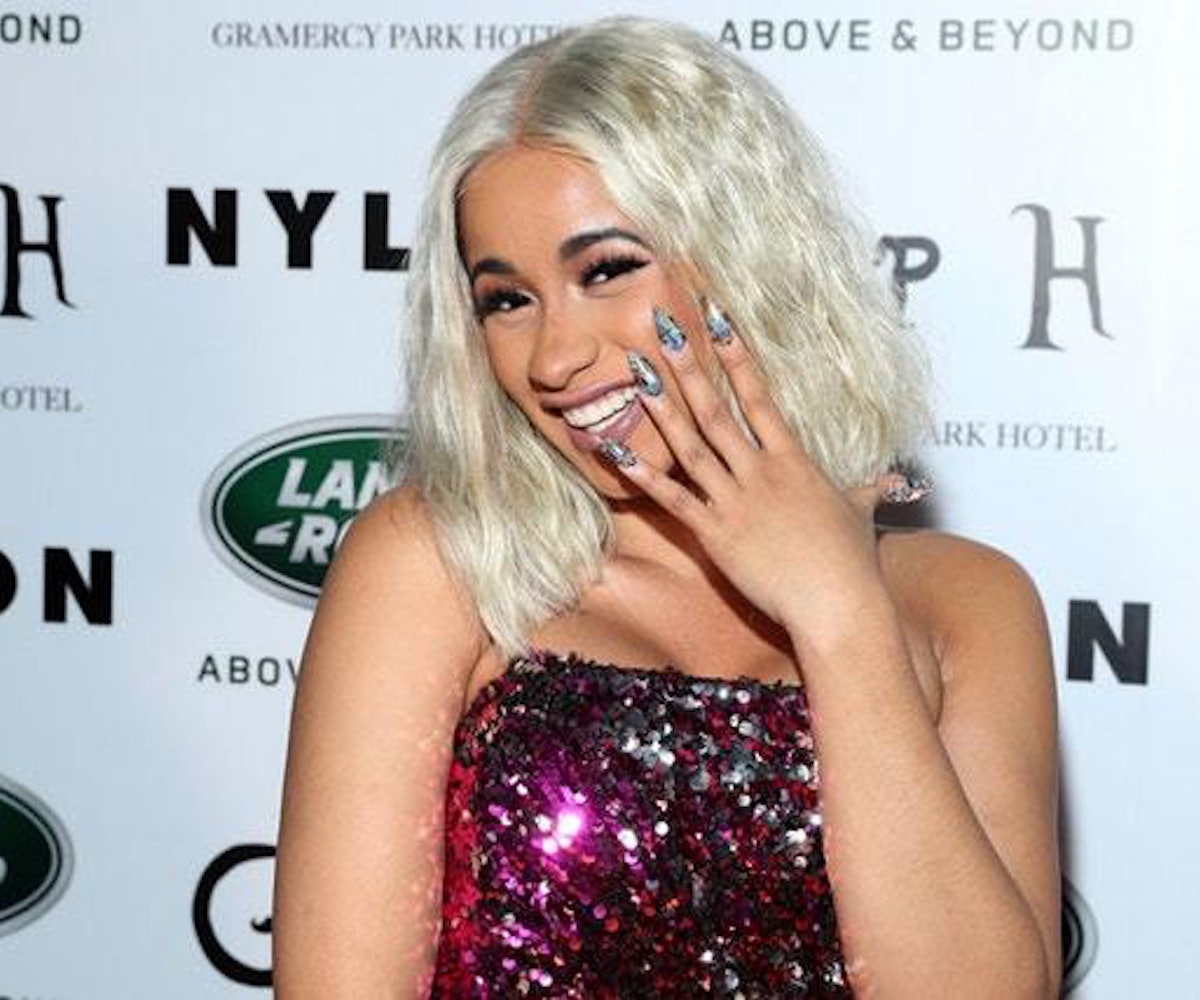 Cardi B is having one hell of a year. Not only was she the first female rap artist to top the charts since Lauryn Hill’s “Doo Wop (That Thing)” in 1998, but now, she's poised to potentially win not one, but two, Grammy Awards for "Bodak Yellow." Talk about the greatest come up of all time!

Other noteworthy nominees include Jay Z, who leads this year's awards with eight nominations, including one for Album of the Year that he will have to compete against Childish Gambino, Kendrick Lamar, Bruno Mars, and Lorde for. It's also worth noting that this is the first time in almost two decades where the Grammy nominees for Album of the Year aren't white men.

The 60th Grammy Awards will air on January 28 at 8pm on CBS. You can see the full list of nominees here.