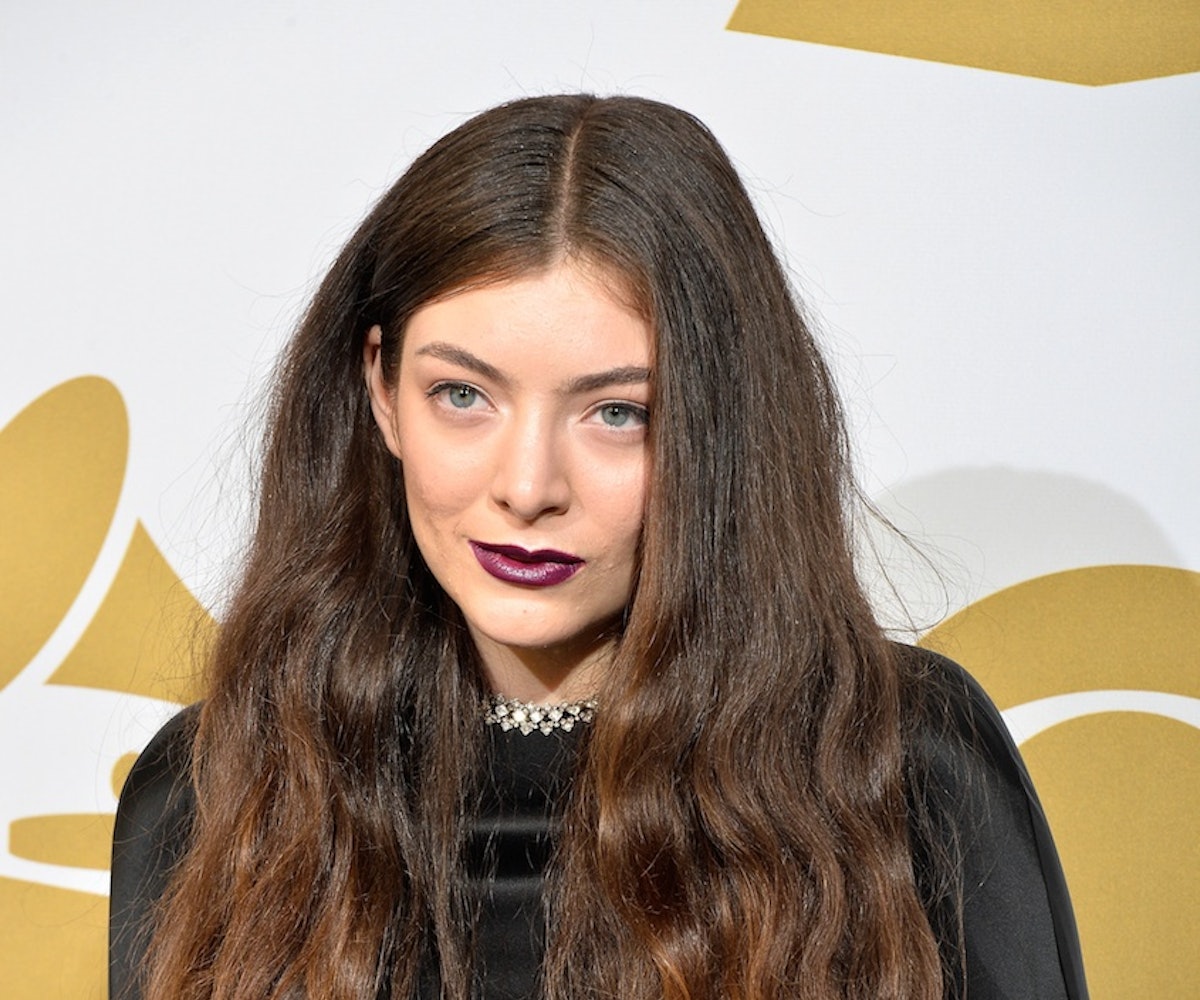 Considering the music industry isn't exactly known for keeping things mellow, the Grammys are the one night where we can count on everyone to pull out their wildest, most awesomely out-there ensembles. And whether it's Katy Perry in Valentino dress or Pharrell's giant hat, they definitely didn't disappoint on the fashion front.

But when it came to last night's best beauty looks, many of them were surprisingly low key.

Lorde went classically vampy with deep purple lips, which she paired with straight (!) hair. Meanwhile, Sarah Hyland sported a roughed-up bun;  Anna Kendrick showed off cascading waves and a glowing complexion, and Sara Bareilles proved she's the latest to get in on the cornrow-inspired braid game.

We got the step-by-step guide from the stars' stylists themselves, so you can recreate each of the looks yourself. Now the only hard part is deciding what to wear...

2. Wrap sections around a curling iron or wand in different directions for extra wave, and use Osmo Essence Clay Wax for added definition.

2. Next, create loose corn-row braids from the front to the back of head.

3 Wrap the ends of her hair that were not braided in different directions around a 1 ¼ inch curling iron and apply Garnier Fructis Style Deconstructed Move It Manipulating Gel.

2. Fill in using a mixture of MAC Cyber and MAC Heroine

1. Use Clear Scalp and Hair Therapy Damage and Color Repair Shampoo and Conditioner for shine.

2. Once hair is washed and towel dried, spray Sachajuan's Ocean Mist for texture. Smooth hair out with a T3 Featherweight 2 Dryer and a Sonia Kashuk brush.

3. Use GHD's Tri-Zone Flat Iron to create waves from mid-lengths to ends and finish with nickel sized amount of Oribe's Fiber Groom on ends.