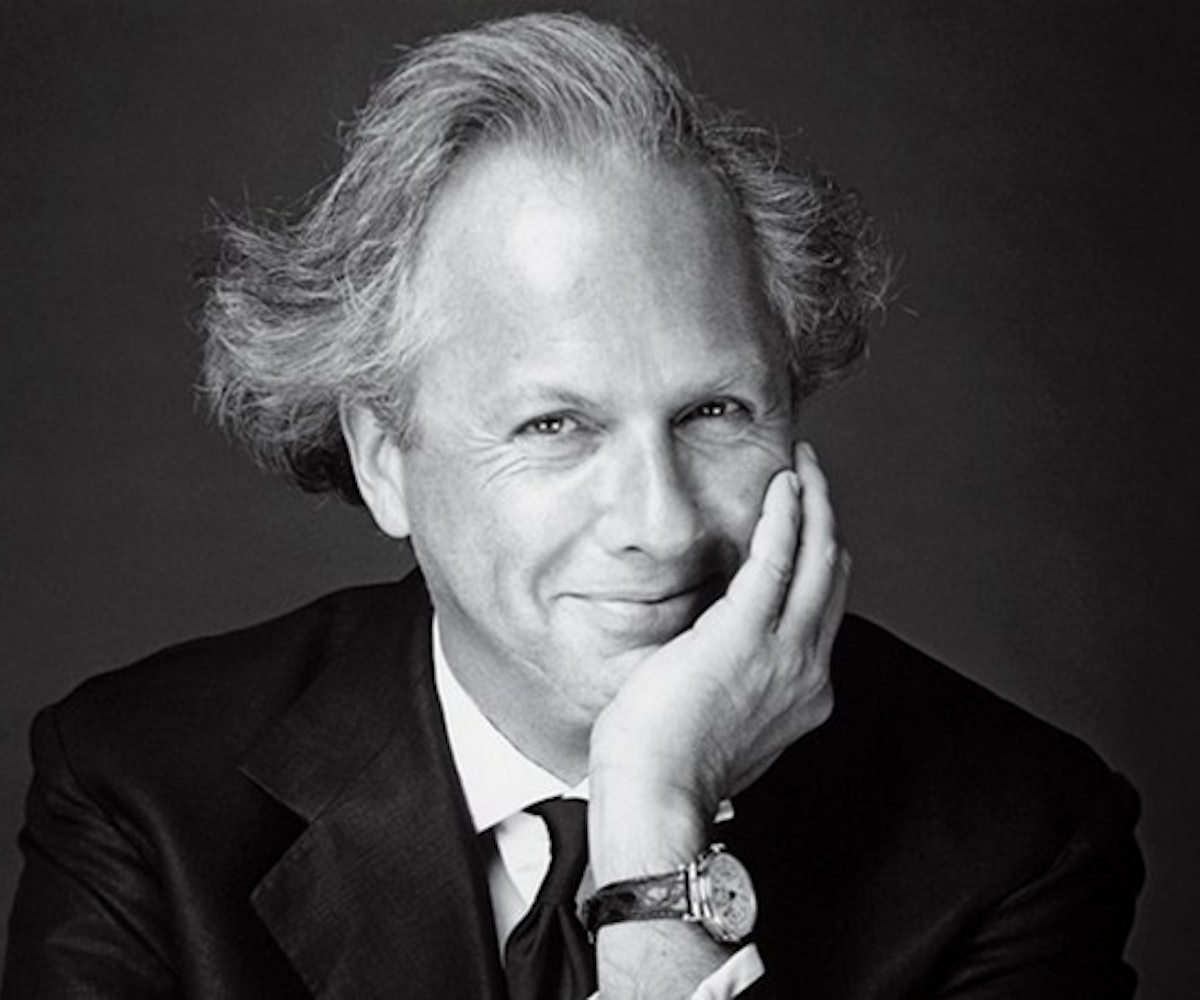 The era of celebrity editors is slowly but surely coming to an end. After 25 years as Vanity Fair's editor, Graydon Carter is stepping down come December.

Carter is leaving VF amid rumored reorganization at the magazine's publisher, Condé Nast. The continued decline of print advertising and the increasingly saturated digital sphere is resulting in editorial staff cuts and more centralized teams, working across publications, WWD reports. Carter, meanwhile, has high hopes for the future of Vanity Fair. He tells the Times, "The next generation is much more entrepreneurial because they have to be. I don’t think that’s a bad thing."

To say Carter is leaving a storied legacy behind is an understatement. Carter helped break news, like unmasking Watergate's Deep Throat and scoring the first interview with Jennifer Lawrence after the celebrity nude photo hack scandal. He's helped elevate photographer Annie Leibovitz to mythic levels of fame and created the hottest party in Hollywood, the Vanity Fair Oscars After Party.

Carter will continue to writ,e but plans on taking six months to himself in Europe. His nemesis, Donald Trump, whom he says has tweeted him around 42 times, has yet to comment on the news.

NEXT UP
Fashion
Rosettes Are 2023’s Biggest Trend — Here’s How Celebs Wore Them in the 2000s
Culture
The Biggest Revelations From The Price Of Glee Docuseries
Astrology
January 2023’s New Moon In Aquarius Is All About The Big Picture
Fashion
Collina Strada & Vans Team Up For A Chiller-Friendly Collection
Style + Culture, delivered straight to your inbox.