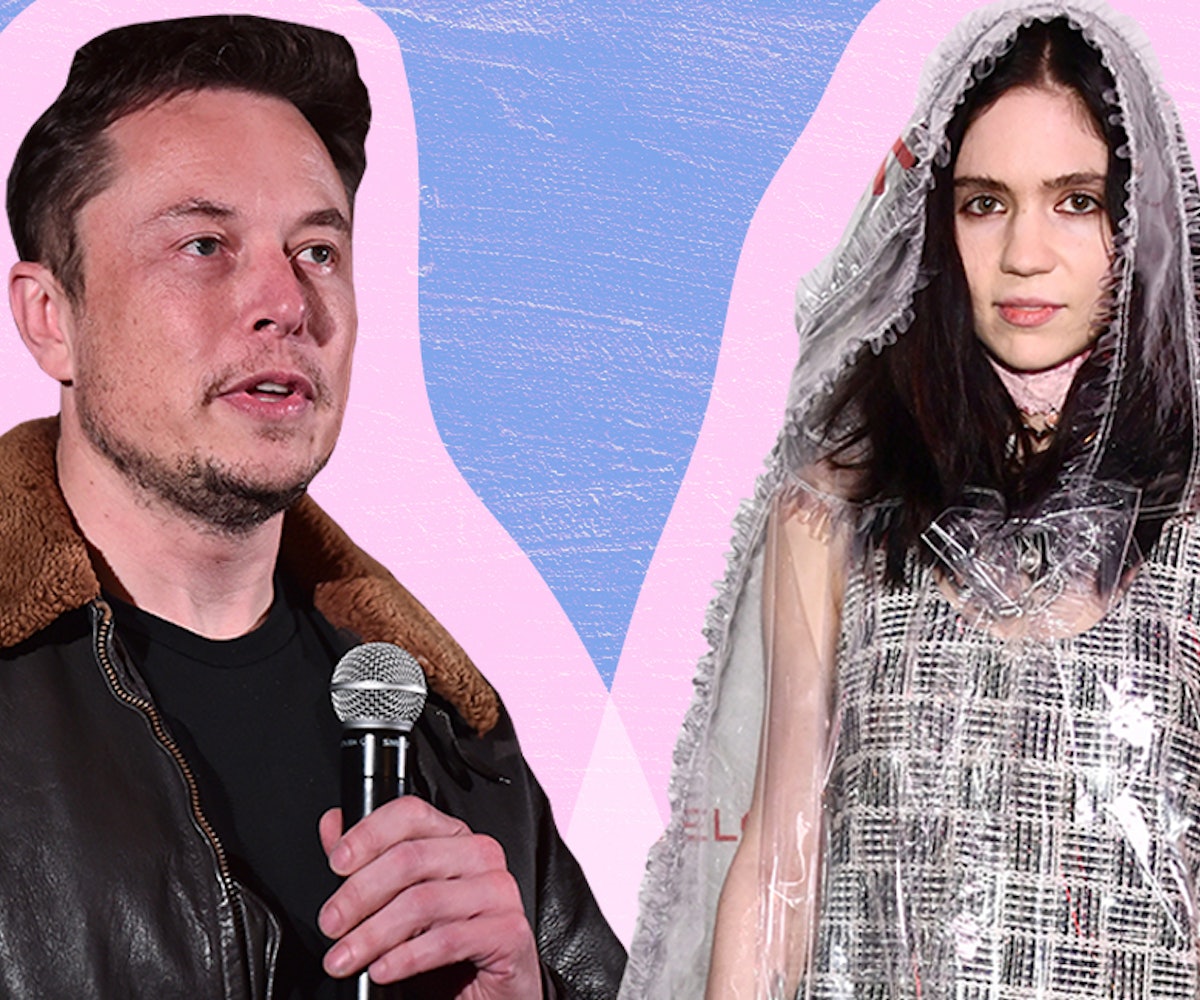 Elon Musk is a man who follows people purposefully. With 48 accounts on his feed, he is definitely not a F4F kind of guy. That said, amongst the requisite tech blogs, NASA projects, and Rick and Morty accounts, one user sticks out: Canadian musician and oddball icon Grimes.

Last week, Musk tweeted out a link to an Ars Technica blog about a short video created from long-exposure photos of a comet. Captured by a moving spacecraft, the video shows background stars that appear to be moving, noting that it looks like snow.

Grimes, who also follows Musk, responded to the video by joking: "That’s a lot of cocaine." Musk replied six minutes, writing, "Yeah, most people don’t know this, but comets r mostly made of cocaine."

Needless to say, some fans started side-eyeing the interaction, with one even telling Musk to "just ask her out already." Musk's reply? A winky face. Eww.

Naturally, this bizarro interaction was screenshotted and went viral.