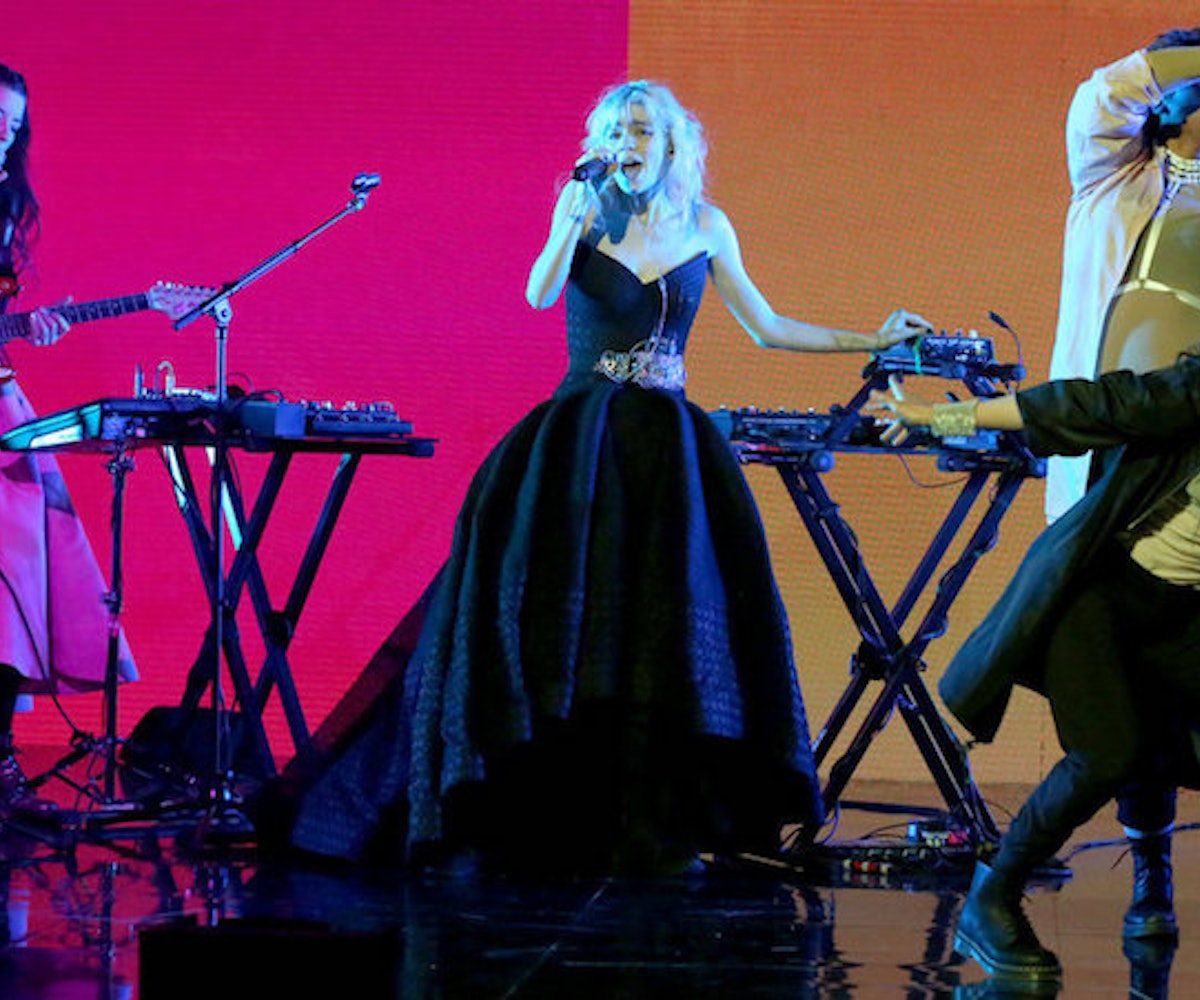 It’s been six months since Grimes unleashed her phenomenal fourth album Art Angels onto the world, so it’s about time Jimmy Fallon invited her to sing a song on his show. Along with HANA on guitar and her two trusted dancers, Grimes, rocking an electric guitar and a gothic black ball gown, stormed the Tonight Show stage with an elaborate performance of the album’s lead single, “Flesh Without Blood.”

Ditching the show’s traditional backdrop, Grimes and her crew performed a reworked version of the song in front of giant LED screens that flashed different effects throughout the performance. Fallon introduced Grimes as a musician who “writes and produces all of her music,” which is very true but also hilarious because it underscores how rare that is in today’s pop landscape, and because he probably wouldn’t be pointing that out if she was a man.

Speaking of Grimes, NYLON will be making a very special announcement about her next week, so you should look forward to that. In the meantime, watch Grimes make the Tonight Show stage her bitch, above.